Y&R Day Ahead Recap: Gwen comes up with a plan to save Hilary 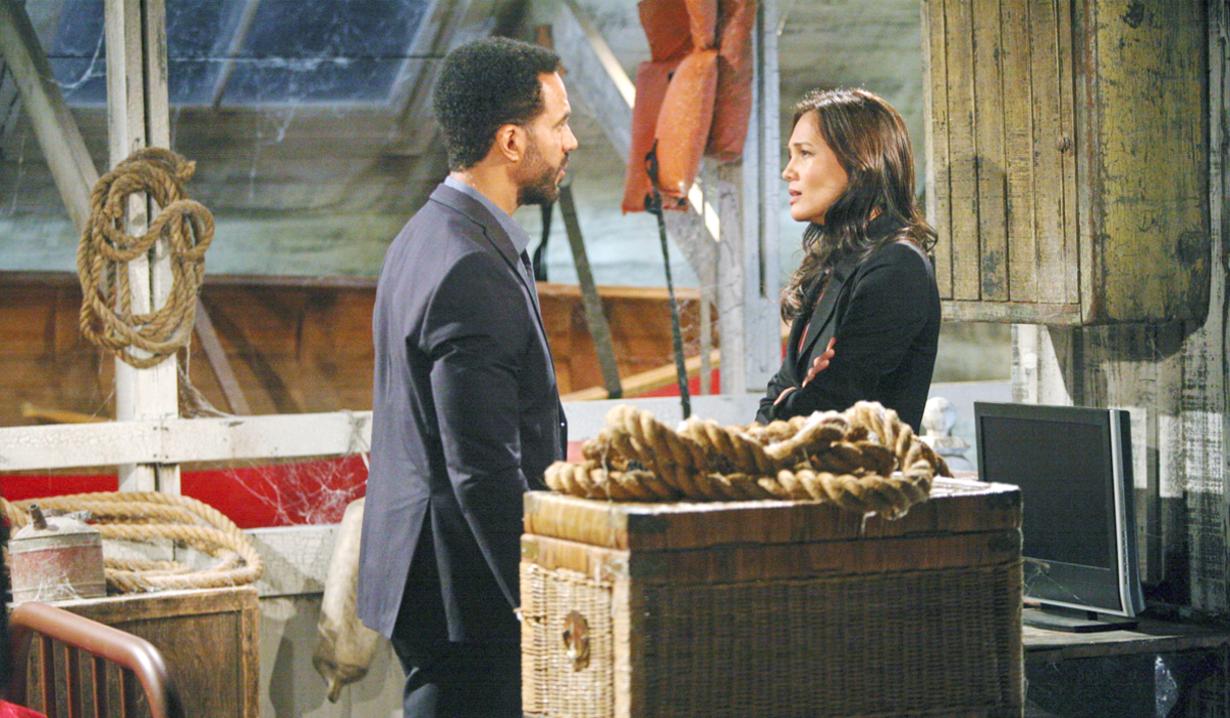 At an undisclosed location, Devon and Dylan enter a closed door. A look of disappointment comes across Devon’s face. Devon tries to call the so-called kidnapper but the line is disconnected.

At the boathouse, Neil watches the doorknob turn – Gwen opens the door. He is frustrated that she came back. She says Devon and Dylan were going to a fake address the ransom note writer gave them. “We’re safe.” Neil says this can’t go on. Gwen agrees – Hilary’s not getting better; they need to get her help. Neil nixes her taking any more supplies from the hospital.

At the Club, Lily is worried about Devon finding Hilary. Cane tells her he’s not going to find Hilary – she’s not there. Lily wonders how he knows that. Cane says it doesn’t make sense. Lily accuses him of being negative. Cane is tired of this. Lily is irritated. She gets a disappointed call from Devon and tells Cane, “I don’t know how much more he can take.” She sends Cane home alone. Upstairs, Chloe is on the phone outside her suite. “Do you think you could just keep her for a few more days? Great.” Billy appears and asks, “Keep who?” Chloe tells him she was talking about her dog, Hazelnut. Talk turns to Adam. Chloe suggests they could team up and find a way to kill Adam and not get caught. Billy isn’t up for pre-meditated murder. Chloe shrugs that she was joking. She won’t stay for Adam’s trial.

At the station, Paul tells Christine he can’t put a round-the-clock watch on Adam. They are bickering when Dylan and Devon arrive. Paul wonders if he even wants to know what they’ve been up to. Dylan fills him in and Paul is furious they didn’t come to him sooner. They agree to give him the serial numbers from the money in the briefcase. After, Paul tells Chris that Dylan was thinking like a cop.

At the Club, Cane hollers at Devon and Dylan about putting Hilary’s life in danger by bringing in the cops. Devon gets a call from Neil and tells him he just needs to know Hilary is okay. Dylan tells Cane that Devon doesn’t need negativity. He thinks the fake kidnapper deserves a cell next to whoever has Hilary.

Gwen meets Emma at the park and fishes for information. Emma tells her about a Dr. Neville, who was fired, but was a brilliant miracle-worker.

At the boathouse, Neil tells Hilary that this is torturing Devon. Gwen appears and says there’s a doctor who can help her.

At the penthouse, Michael tells Chelsea that Adam is going to need her to testify at his trial. Chelsea can’t do it and says she won’t be there for the trial.

At Newman Enterprises, Victoria is upset that Adam’s there. Victor says he put up Adam’s bail so he could stop the Paragon virus. Adam and Victoria bicker until she exits. Victor reminds him she was Delia’s stepmother. He tells Adam they had a funeral for him and only three people attended – him, Jack, and Chelsea. “Now get to work!” Victor can’t understand Adam’s attitude. Michael arrives and tells Adam that Chelsea refused to testify on his behalf and she’s leaving. Adam wants Michael to stop her with a subpoena. Victor challenges him. Adam says he’s going to fight for his family. Adam leaves and Michael and Victor discuss him. Victor grumbles that having a son like him is a pain in the ass. They discuss the trial. Michael knows Victor is hoping his son will walk free.

Chloe arrives at the penthouse and gives Chelsea back her key. Chelsea says she and Connor are moving. Chloe’s heard it before. She confronts her about protecting Adam…and hopping into bed with him. Chelsea says she did it for Connor, but Chloe isn’t buying it. She yells at Chelsea for morally whoring herself out for Adam. Chelsea reassures her she sees him clearly now. There’s a knock – it’s Adam. Chloe lashes out at him, while Chelsea asks him to go. Chloe leaves. Adam hands Chelsea a subpoena. She threatens to be hostile on the stand. Adam says he knows she still loves him. Adam needs her in court when he’s sentenced, so she can see him be the man she wants him to be. Then one day she’ll forgive him. If not, he’s already dead.

At home, Billy tells Victoria that Chloe joked about killing Adam, but doesn’t intend to stay for Adam’s trial. He can’t wait to take the stand and rip him to pieces. Victoria thinks it will never be enough. “There’s another way to handle this. Forgiveness.” Billy scoffs. He will never forgive Adam or let it go.

At Chancellor Park, Chloe talks to Delia at her tree. “Mommy’s here and she’s going to make everything right.”

Jack asks Ashley, “You think you can out-Victor Victor?” Ash replies, “I know I can, even if you don’t.”

Dr. Neville arrives at the boathouse and says to Neil and Gwen, “That woman’s been all over the news. Whatever the hell is going on here, I think I need to call the police.” 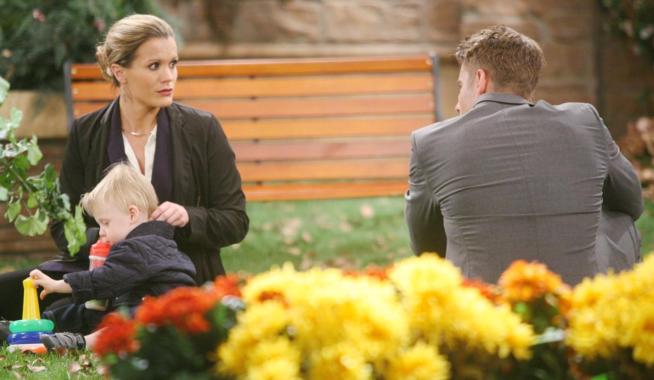 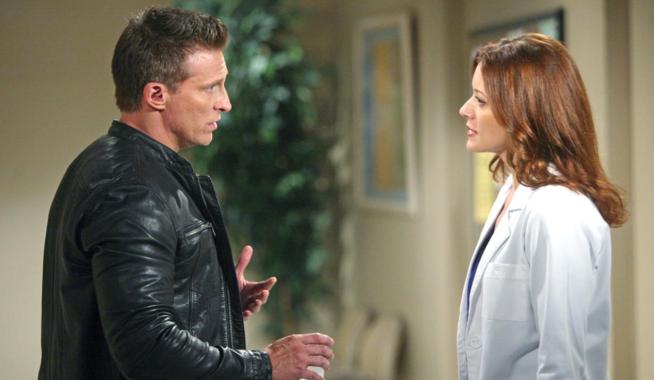