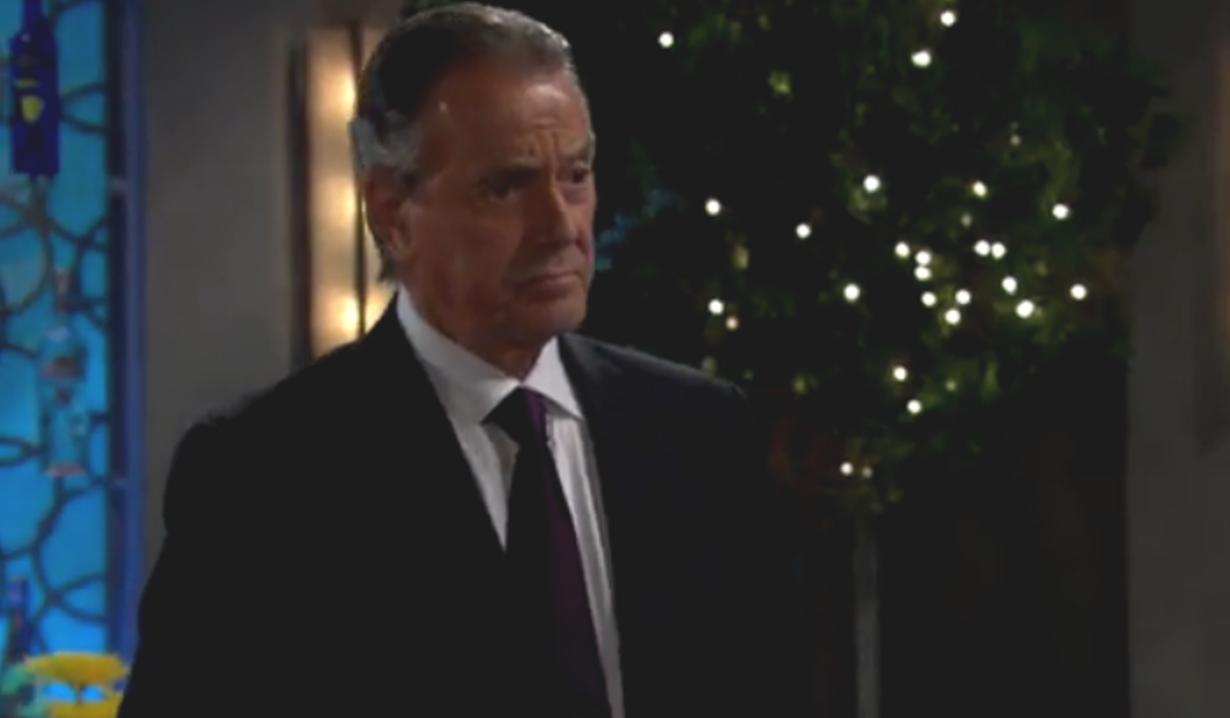 At Jabot, Billy can’t believe what Chelsea is telling them – that Gabe is Adam. Chelsea tells Billy and Victoria to see what has literally been staring them in the face. “You know it’s Adam.” Billy reflects on his irrational hatred of Gabriel and realizes it’s true. He asks how long Chelsea has known. She says she didn’t know when she first slept with him, but admits she’s known for a few months. Billy can’t believe she has known for months that the man who killed his daughter is alive and said nothing. Chelsea says she didn’t want Billy to ever find out – he was finally finding peace. Victoria and Billy go at her for protecting Adam. Chelsea is sorry. Victoria stops Billy from leaving. “Think about our children, they need you.” Billy loves her, but he goes. Victoria asks Chelsea why she told Billy now. Chelsea says she found out he was the mastermind behind Paragon. She says he wanted to stop the virus but can’t. Victoria asks, “You actually believe him?”

At Newman Enterprises, Phyllis has told Victor and Jack about Gabe being Adam. Victor digests the news and notices that Jack isn’t at all surprised that Adam is alive. He realizes Jack has known all along. Jack says he had no idea Adam was working with Ian on the Paragon Project. Phyllis observes that he did know Adam was alive and in Genoa City however – for months. Victor and Jack bicker about Adam. Jack wonders if Victor is really surprised that Adam turned to him. Phyllis asks Jack, “What about Billy?” Jack insists he’s protecting Billy. Victor declares that Jack chose Adam over Billy Boy. Jack denies it, and denies he knew Adam was behind Paragon. Victor isn’t buying it. They keep arguing heatedly. Chelsea arrives. She is surprised to learn Victor already knows Adam is alive. He wonders how long she’s known, but then takes off to find Adam. Chelsea tells Jack she had to walk away to save herself. Jack realizes she told Billy and explains that Billy shot Adam before – that was the leverage Adam was holding over him. He yells at Chelsea, “Do you know what you’ve done?”

At The Underground, Nick and Sage convince Nikki to stay there since Ian is on the loose. Nikki gets a call from Paul that Ian is back in prison. They are all relieved that Ian can’t cause any more trouble. Nikki feels guilty about bringing him into everyone’s lives, but doesn’t regret finding Dylan. Talk turns to Victor. Sage feels bad about freaking out on him. Nikki reassures her. Victoria arrives and asks Sage if she’s seen her ex-husband today. Sage asks, “Gabe? No.” Victoria tells Nick and Nikki that Ian was working with Adam, who has been passing himself off as Gabriel Bingham. Victoria turns on Sage. She says she either helped him or agreed to keep her mouth shut. Nick asks Sage to tell him she didn’t know Adam was alive. Sage says, “I knew.” Nick gets angry but Nikki reminds him who Sage was dealing with. Sage tells her story and says she had no allegiance to Adam – she thought if she told Nick the truth she would lose him. Nick wonders if getting pregnant and marrying him was part of the plan. “Is that even my baby?”

At the Dive Bar, Kevin tells Adam that Ian is back in prison. Adam tells Kevin he’s found something that might help shutdown Paragon; he needs his help. He gives him the hacker’s handle to try and track him down. Kevin traces him but he’s covering his tracks with passwords. Adam produces one and Kevin puts it all together – he’s was working with Ian on Paragon all along! Adam finally admits it, but insists he was trying to shut it down. Kevin doesn’t believe him. He leaves. Adam sits down. Billy sits across from him. He says he knows, and doesn’t know why he didn’t kill him when he had the chance. Adam muses that he gave it his best shot. Billy brings up Delia. Adam says he didn’t even know he hit her, and he was on his way to turn himself in when Billy shot him. Adam calls him out for moving in on Chelsea and Connor when he didn’t love them as much as Victoria and his own kids. Billy complains that Adam stayed silent when he and Chloe signed off on the transplant. Adam says he’s haunted by Delia’s death; it was a horrible accident. He feels guilt every time he looks into Connor’s eyes and sees Delia. Billy overturns the table. Victor appears. “That’s enough!” Billy tells Victor, “You don’t know what this is.” Victor says he does, and he knows who this is. “Hello Adam.” Victor then punches Adam to the ground.

Sage tells Nick, “I switched the paternity results. You’re not the father.”

Jack tells Billy, “I knew Gabriel was Adam. He told me when he came to town.” 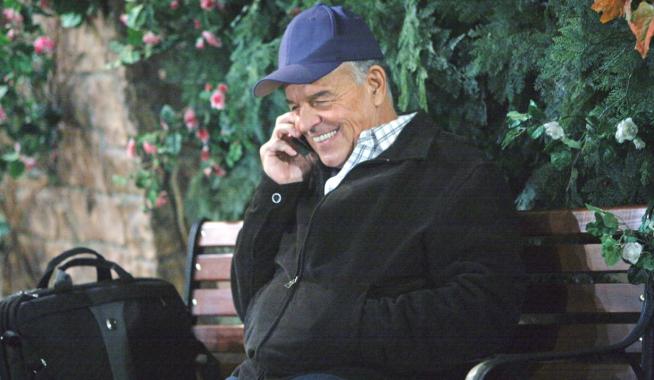 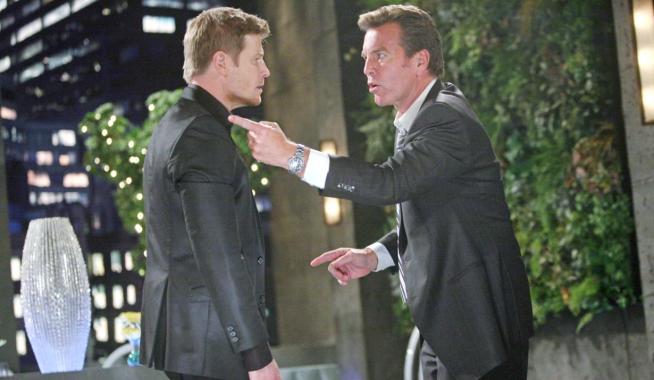