Summary for Friday October 2 2015: Phyllis meets Ian, Chelsea has news for Billy, and there are strange events at Fairview. 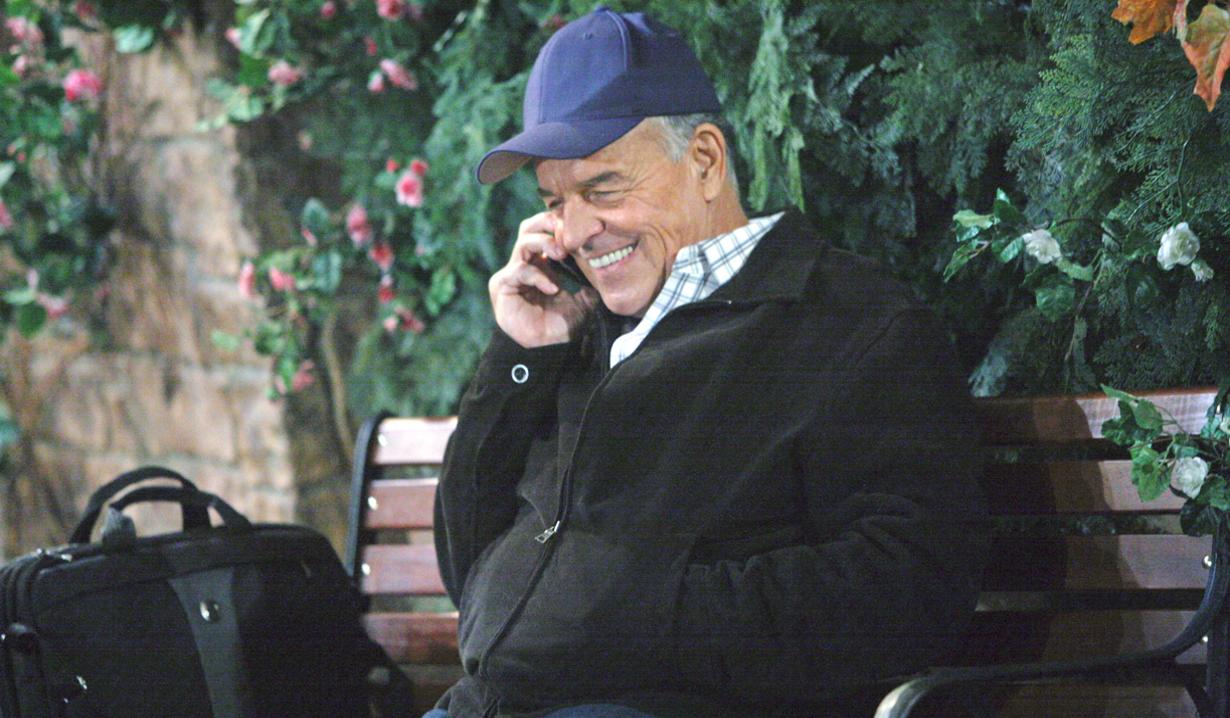 At Jabot, Kyle questions Billy buying up Newman assets – it’s like buying stolen car parts. Billy is unconcerned. Kyle warns Victor will have his head. Billy says, “Let him try.” He points out Victor would do the same thing given the chance. Kyle wonders if Ashley knows what he’s doing. Billy asks Kyle not to tell him how to run his father’s company. Kyle says John wouldn’t approve – he’s dragging his company through the mud.

At the Dive Bar, Jack and Phyllis bring Summer up-to-date on Ian Ward. They warn he could be anywhere. Jack takes a call from Kyle about Billy’s actions and leaves. Summer notices Victor has put a guard on her. Phyllis warns Summer about Ian again. Phyllis gets a text and goes.

At the park, Ian sings to himself about the Paragon Project and chuckles. “Wait until they get a load of what you can really do.” Phyllis appears. He’s glad she could make it. She wonders what he has to say before she calls the cops. Ian tells her the enemy of his enemy is his friend – she and Jack are Victor’s enemies as he is. He knows a lot and would like to share it with her. Ian tells her he worked on the Paragon Project with someone who hates Victor as much as he does. “My brother-in-arms is none other than Victor’s not-so-dearly-departed son Adam Newman, as I live and breathe.”

At Newman, Victor shouts into the phone. Victoria and Abby arrive. He tells them it’s too late – his company is being brought down to its knees! Victor complains that his IT people can’t stop the virus and Billy the punk is buying up every asset. Abby doesn’t think Ashley would approve, but Victor says she turned a blind eye about the shipping line. Victoria thinks the enemy is Ian, but Victor yells that it’s the Abbotts too. Abby and Victoria bicker. Victor hollers at them to stop and mocks Abby for thinking the increase in sales were because of her genius. “Are you kidding me or what?” Abby takes off.

At Fairview, Patty complains to Paul that the doctors can’t see when other patients are lying. Elsewhere, the doctor draws blood from Sharon to make sure her medications are being properly absorbed. After, Paul visits Sharon. They talk about Dylan, and then Patty. Paul sensed there was something she wanted to tell him. In the other room, Patty asks the doctor if she should tell Paul about Sharon’s lie. The doctor tells her she ran a pregnancy test on Sharon… Later, Patty tells Sharon she thought she was lying about giving Pauly a grandchild, but she’s not. “The test proved you were pregnant.” Sharon tells Patty she’s not mad and happily embraces her. Sharon meets up with the doctor and tells her she’s ready to go home. The doctor warns she’s in the middle of a bi-polar episode. Sharon feels fine, but agrees to stay a little longer. The doctor injects Sharon with something that quickly knocks her out. Patty brings in baby booties after, and the doctor reappears. “What are you doing in here?”

At the penthouse, Adam tells Chelsea she can’t cut him out of his son’s life. She reminds him Gabe Bingham doesn’t have a son, so he should walk away unless he’s ready to tell the world he’s Adam Newman. Adam says Connor loves him and deserves to know he has a father who loves him too. Chelsea can’t have her son around his hatred. Adam says he’s riddled with regret about Delia everyday. Chelsea says he didn’t use that to become a person – his soul is dead. He vows to shut down Paragon and then they’ll work this out. Chelsea says they never had a chance. “I don’t want this anymore.”

At Jabot, Jack confronts Billy about antagonizing Victor. Billy argues that this is what Victor would do. Jack reminds him they’re better than he is.

Jack arrives at Newman and tells Victor and Victoria that Billy is hitting the ‘buy’ button. Victoria leaves to try and talk him down. Victor barks at Jack, who points out he just did him a favor. He adds that Paragon Project was Ian’s doing and he paid a hefty price for it. Victor says there will never be peace between them because someone close to him is working with Ian. “I feel it in my gut.” Phyllis arrives and announces that Adam isn’t dead.

At the Dive Bar, Adam calls Ian, who says he just had an open and frank chat with Phyllis. Adam tells him to stop Paragon. Ian says, “Goodbye Gabriel Bingham. Rest in peace.” He hangs up. Paul arrives and arrests Ian.

Victoria arrives at Jabot and tells Billy these deals are not legit. Billy says the legal department disagrees. Victoria sees the gleam in his eye like he’s gambling. Billy thinks she would defend Victor if he did it. Chelsea appears. She has to talk to Billy. She tells him Adam is alive, and in town…and calling himself Gabriel Bingham.

Nick says to Sage, “Tell me you didn’t know that Adam was alive.”

Phyllis hisses at Jack, “You’ve not only been lying to me, what about your brother?”

Billy overturns the table Adam is sitting at and shouts, “Adam!” Victor appears and yells, “Enough!” 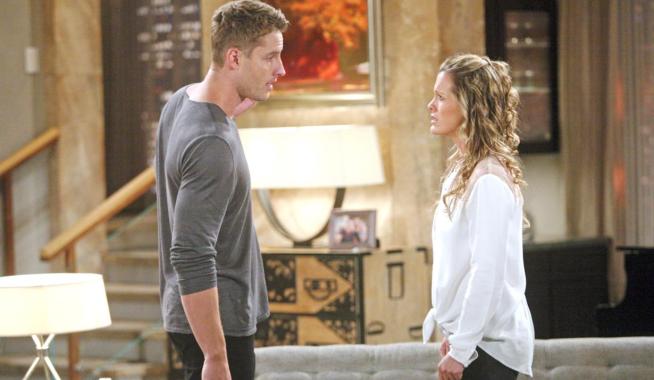 Y&R Day Ahead Recap: Chelsea realizes the truth about Adam 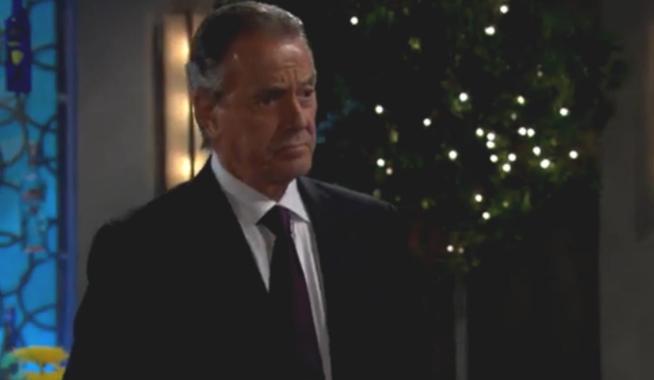