Y&R Day Ahead Recap: Paragon sets up the Abbotts and Newmans to destroy each other 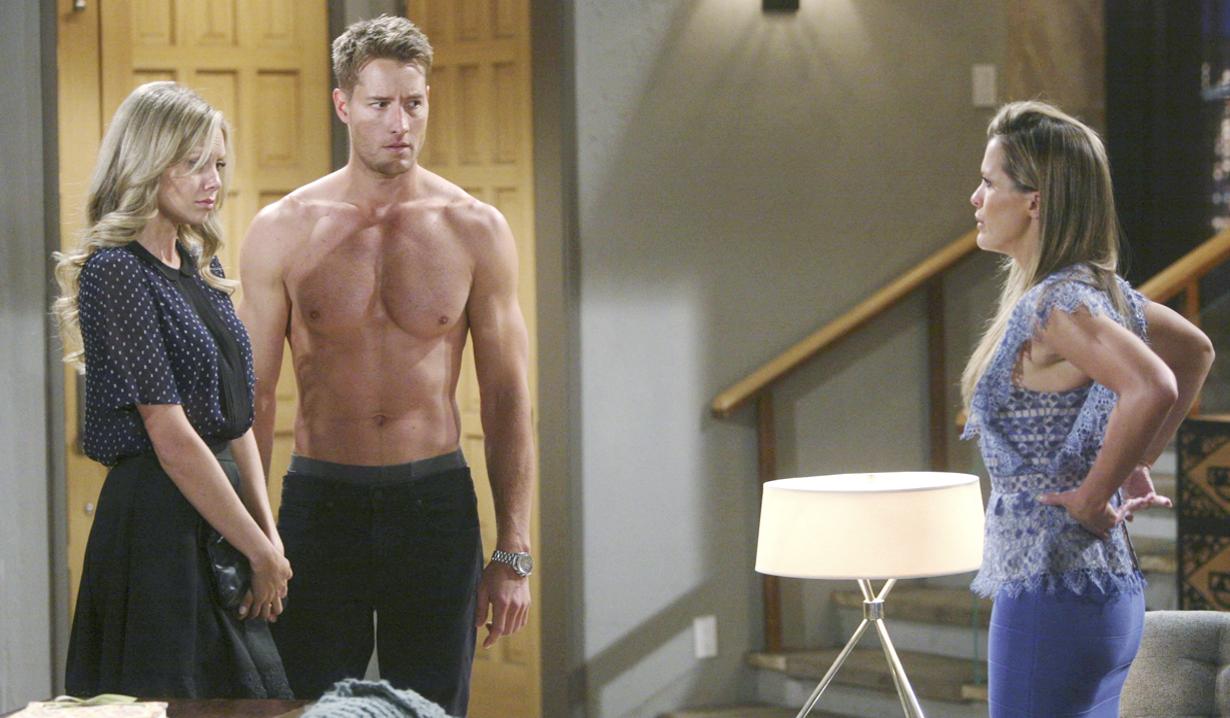 At Newman Enterprises, Victoria and Nick discuss the possible cyber-attack. Suddenly a transaction occurs spontaneously on the computer. Nick exclaims, “What the hell?”

At his place, Ian chuckles. “Let the bidding begin.”

At Jabot, Ashley can’t believe Victor is off-loading his whole shipping line. Billy hits ‘buy’ before Ashley can stop him. She says it was reckless and warns him he’ll be out if he pulls something like that it again. She worries it’s too good to be true.

At Newman, Victoria exclaims, “No! Not the whole shipping line. This has to be a mistake!”

At his place, Ian watches the laptop and chuckles.

At Newman, Victoria and Nick press Kevin to figure out what happened. They argue about whether or not to tell Victor what’s happened. Kevin announces he found the lost division…at Jabot.

At the Abbott mansion, Phyllis tells Jack she doesn’t think it was a coincidence that Fred befriended her out of the blue. She shows him the note she found from Fred in the trailer. She admits she’s been acting foolish and gullible lately.

At the penthouse, Adam and Chelsea canoodle and Adam takes his shirt off. Someone knocks – it’s Abby in tears. She rambles on about Stitch and cries in Adam’s discarded shirt. He tells her to keep it, and asks if Stitch cheated on her. She sniffs that he wanted to take her to Europe. Abby gets a text from Nick about the occurrence at Newman and leaves. Adam and Chelsea discuss the cyber-attack. He urges her to go upstairs and relax.

At his place, Ian reads about Newman selling off a huge asset and laughs. His phone rings. He grins, assuming it is Adam. Ian is surprised to find Jack on the other end questioning ‘Fred’. He tells Jack he told Phyllis a little white lie when he cancelled dinner – he got called out of town.

At the Abbott mansion, Jack and Phyllis have listened to ‘Fred’ on speakerphone. Jack hangs up and tells Phyllis, “There is something about that voice.” Later, Phyllis calls ‘Fred’ again – the number is out of service.

At the tackhouse, Sage becomes increasingly agitated as Victor tries to help her. She blurts, “You can’t have my baby. I won’t let you!” Victor calls an ambulance and calms her down.

At Newman, Abby learns about the sale of the shipping line to Jabot. Abby and Victoria start to argue. Kevin warns getting them at each other’s throats could be part of the plan to bring down Newman. Nick gets a call from Victor, who tells him to come to the hospital. “Sage collapsed.”

Ian knocks at Adam’s door. Adam pushes him into the hall and asks if he’s lost his mind. Ian wonders if he has any red wine. He tells Adam he sold off Victor’s most profitable shipping line, and Jabot bought it. Adam doesn’t want Jack dragged into this and hurt. Ian tells him his tender heart is getting in the way. Adam re-enters the penthouse. Chelsea says Abby texted her that Chelsea 2.0 was safe. Adam says Jabot bought the division that was sold off. He calls Jack, who hasn’t heard yet. Jack realizes Paragon is responsible. “They want us to destroy each other.” Adam urges him to convince Ashley to sell the division back. Later, Kevin arrives. He can confirm that Paragon launched a virus against Newman Enterprises – whoever it is must hate the Newmans. Chelsea is frantic for Kevin to stop it. Kevin says he can’t – they don’t even know who the person behind it is.

At Jabot, Victoria confronts Billy and Ashley about the shipping line. Ashley says they bought it…legally. Victoria says it was a mistake and asks them to rectify it. She and Ash spar verbally. Billy says he made the purchase and didn’t use Victoria’s login to do it. After, Ash tells Billy it was a good acquisition but will have consequences personally and professionally. Later, Jack arrives and orders Ashley to sell the shipping line back. She refuses. Billy sides with Ash and leaves. Jack tries to convince Ashley she took bait. She won’t sell. He warns her what this could mean. She won’t let him call the shots.

At the hospital, Stitch tells Nick that Sage had the same symptoms as before. Victor says she was delirious. Abby listens. Nick checks on Sage and reassures her. He returns to the corridor and confronts Victor. He says Sage is having nightmares about him and accuses him of causing this. Victor sets him straight. Elsewhere, Victoria arrives. Abby tells her they haven’t told Victor yet. Victoria says Billy didn’t use her pass code. Abby says she and Ben split because she put work first. Victoria finds Victor and tells him to check his phone. He does, and learns Jabot took over their shipping line. Billy appears. Nearby, Abby approaches Stitch, but he has to deliver Sage’s test results.

Victor rails at Victoria. “How the hell did you reconcile with a useless, obnoxious punk like this?”

Sharon says to Dylan, “You’re keeping something from me. You don’t need to protect me. Whatever it is I can handle it.”

Jack says, “Don’t push me, Ash. I will take this to the board.” Ashley leans into his face. “Bring it on!”