Summary for Tuesday September 15 2015: Phyllis has dinner with Ian, things heat up with Kevin and Mariah, and Abby realizes something is wrong. 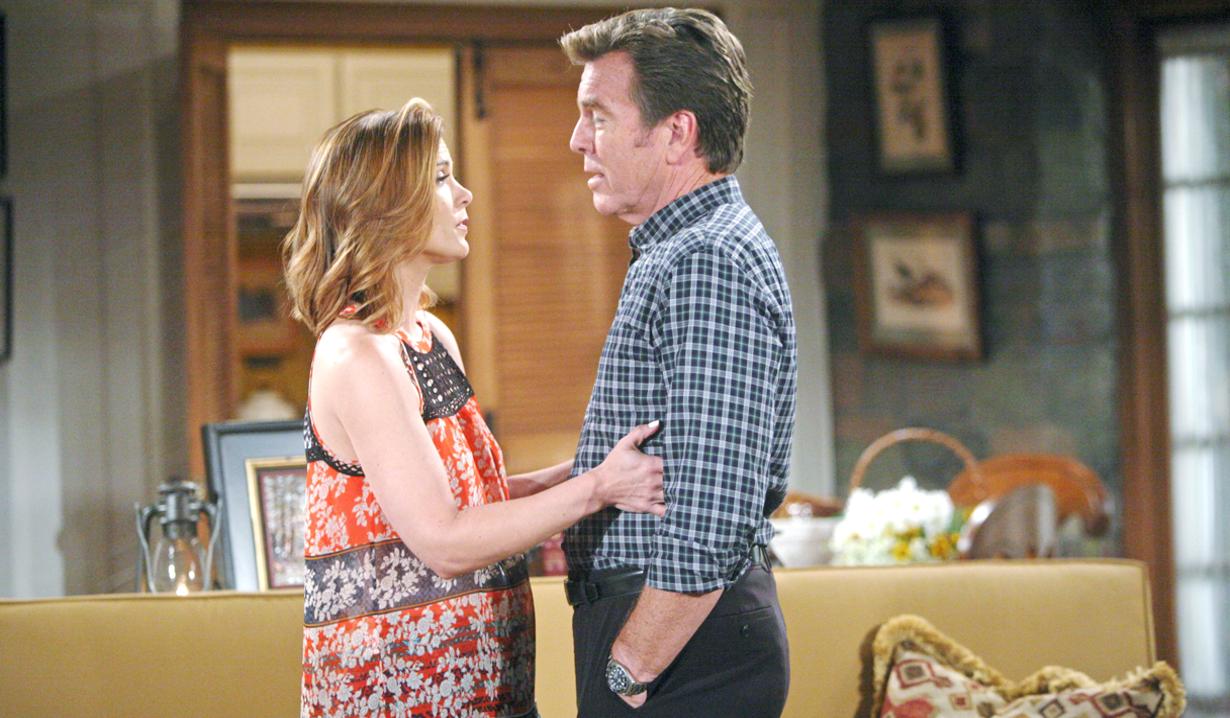 At The Underground, Abby tells Mariah, Kevin, Noah, and Marisa that they are toasting to her and Newman. Mariah blurts that Kevin is smack dab in the middle of the titans and power plays. Kevin looks at her in disbelief. He says it pays well. They all tell horror stories about Victor’s past manipulations. Abby wants them to stop bashing her dad. Kevin reminds her she sued her father. Abby says they have mutual respect now – he thinks she’s brilliant. Abby returns to her toast about online sales for Chelsea 2.0. Kevin tells her that her business coup might just be a glitch. Abby argues and decides to go celebrate elsewhere. Noah tells Kevin the money he’s earning from Victor isn’t worth the price he’ll pay in the end. Kevin insists this is about the thrill of nabbing the hacker. Noah and Marisa make eyes at each other. Marisa tells Mariah that Noah makes her old life go away. They talk about their relationships. Mariah insists she and Kevin are just roommates and opens up about her past. Marisa urges her to change things with Kevin tonight. Simultaneously, Noah questions Kevin about Mariah. He says they’re in a rut. Later, Noah locks the door and kisses Marisa passionately.

At the Club, Jack warns Ashley the Paragon Project is real and they need to be ready. He fills her in. Ashley feels grim that Victor isn’t sharing information and left them wide open. Talk turns to Gabe and figuring out who’s behind the Paragon Project. Ash’s instincts tell her to rule out Joe. They part ways with Ash glad Jack has her back. Stitch appears and tells Ash that Abby has big news from work. Ash wishes she was having that success anywhere but Newman. Abby appears. She senses Ash’s nose is out of joint. Stitch defends Ash, who insists she’s proud of Abby – her issue is with Victor, who will do anything to get what he wants.

At the Abbott Cabin, Ian cleans fish and makes cryptic comments while hanging out with Phyllis. He waxes philosophical and then asks Phyllis why she invited him to dinner. She enjoys the way ‘Fred’ sees the world. Talk turns to her husband and his life goal being ‘Victor’. Phyllis changes the subject to him. Ian admits he was hoping to run into her today – it’s been difficult meeting new people since his wife passed. He’s adrift. Phyllis knows about life going on while you’re not looking. She tells him about her family. He perks up when she says her daughter is Summer. Ian says he had a daughter, who turned on him. They talk about him finding love and toast to being ready. Phyllis takes a call from Jack, who is returning. Phyllis tells him about ‘Fred’ but Ian disappears. Later, Jack arrives and they wonder about the mysterious ‘Fred’. Jack wonders if he should be jealous. Phyllis says he’s the one for her. In his trailer, Ian beams at his laptop and tells the Paragon Project to unleash its fury on Victor Newman. He puts on classical music and sings about Chelsea 2.0 being his puppet show.

At the Club, Abby notices the numbers spiking again for her sales – it can’t be accurate. Up in Marisa’s suite, Mariah tells Kevin that Marisa is staying with Noah, and they could maybe stay there tonight. Kevin says this was a great idea – the wi-fi signal is so much better here for him to work. Mariah disappears and reappears in black lingerie. Kevin stands up. She undoes his shirt and they kiss. The clothes start coming off.

At the hospital, Stitch overhears Emma telling her superior she lost her badge. Stitch complains the medicine cabinet was wide open and clucks at Emma about being responsible.

At the boathouse, Neil wonders aloud about the IV pole falling over. He babbles to the unconscious Hilary that this isn’t what he wanted at all. He bemoans acting on impulse and wonders how many more laws he’ll have to break before this is over. He gets a call from Gwen, who wonders why he left the night before. He says he feels guilty about being happy when his son’s life is falling apart. Gwen asks him to hold on and takes a call from Emma, she then jumps back over to Neil and tells him about the missing ID badge. He offers to come over and help search for it.

At Gwen’s place, she and Neil are making out when Emma enters, upset about her badge and job. Neil suddenly ‘finds’ it in the sofa. Emma thanks him and leaves. Gwen takes Neil into the bedroom. After sex, Gwen is suspicious that Neil took the badge to get into the medical supply closet. Neil protests and says this was a mistake – they should end it now.

At the boathouse, Neil talks to the unconscious Hilary about Gwen. At least he can’t hurt her now.

Cane returns to the Club to see Joe playing with Charlie.

At Crimson Lights, Dylan tells the hooker who duped Devon that he wants to talk about Devon’s bachelor party. 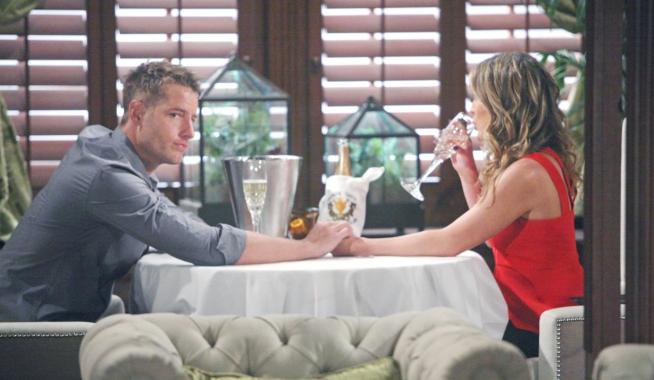 Y&R Day Ahead Recap: Adam meets with Ian and then cuts a deal with Kevin 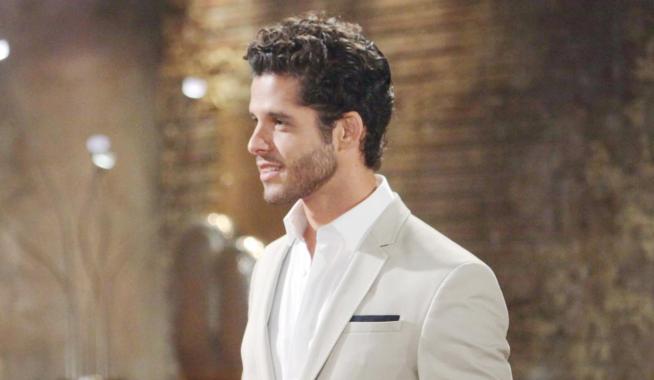