Y&R Day Ahead Recap: The battle for Chelsea’s line reaches a shocking conclusion

In the Friday August 28 episode of Y&R, Sharon puts her plan into action, Ashley and Abby argue, and Nick and Sage are surprised. 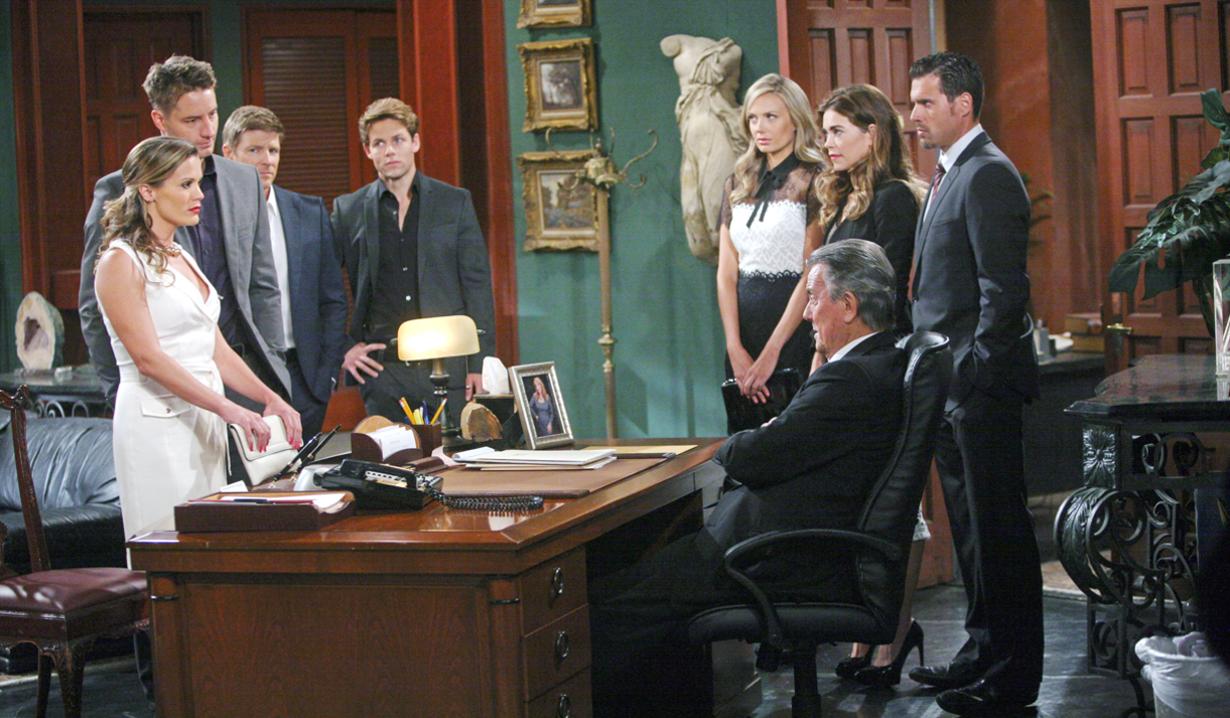 At the Dive Bar, Ashley tells Abby she hopes she’s going to be on the right side of the battle. Stitch appears and checks in. Abby complains her mother is trying to turn her against her father. Ash and Abby bicker until Abby takes off in a huff. Ash then argues with Stitch, who knows Ash wants to beat Victor, but questions using Abby to do it.

At Crimson Lights, Billy encounters Chelsea and Connor. She confirms she is making a life with Gabe and wants it more than anything. Billy says Bingham had better take good care of them.

At the Club, Adam tells Jack that he wants Chelsea’s line to remain at Jabot. He thinks Victor should be in prison for what he did to Jack. Jack observes that Adam really wants to bring Victor down, and not just as Gabe Bingham – as Adam Newman. Adam insists he won’t risk everything to get revenge, but he also won’t let Chelsea walk into the meeting alone.

At The Underground, Sage and Nick chat with Noah, Marisa, Summer, and Kyle, who says he’s off to the Newman and Abbott battle. After, Summer tells Noah she wants to do more regarding the wedding. Nearby, Marisa tells Sage she wound up with the right Newman. Sage wonders if she’s holding her secret over her head. Marisa reassures her. Noah and Summer leave. Sage counsels Marisa about Noah and love. They make a pact not to tell anyone what they know about Adam.

At home, Mariah presses Sharon to be honest with Dylan. He appears. “Be honest with me about what?” Sharon stammers that she wants to take the day off work. Dylan tells her whatever she and the baby need. Mariah looks on as they converse about becoming parents. Dylan leaves and Mariah confronts Sharon about lying. Sharon says she has a plan to get pregnant again. Mariah doesn’t like it. Sharon urges her to keep her secret because Dylan can’t survive losing another baby.

At Newman, Victor tells Victoria he is determined to convince Chelsea to stay in Genoa City because of Connor. Nick arrives. He thinks they should cede Chelsea’s line back to Jabot. They debate about Victor pressuring future generations to follow in his footsteps. Jack, Ashley, Billy and Kyle arrive. Abby appears and stands with the Newmans. Adam arrives with Chelsea and informs Victor he’s lost the battle for her line. Victor and Adam clash. Victoria wants him to leave. Chelsea insists he stay. She states her intent to design from Paris. Victoria doesn’t like it, but Ash says Jabot is fine with it. Chelsea says her decision to stay with Jabot is final. Victor says it’s not – the merger contract states that any dispute over divisions upon dissolution is to be decided by blind bids. Chelsea wants to settle this now. Victor booms, “May the best company win.” Chelsea and Adam step away to look at the bids and try to figure out Victor’s strategy. Meanwhile, Ashley and Victoria snap at each other and Abby urges Billy to work things out with Victoria. Nick gets a text from Summer to meet at the Club. Jack leans over Victor’s desk and hisses about making him abide by a contract an imposter signed. Chelsea and Adam re-enter. She’s picked the winning bid – it’s Newman’s. The Abbotts leave, disgruntled. Victor wants a word with Chelsea alone. Adam insists on staying. Victor welcomes Chelsea to Newman Enterprises. Adam and Victor trade barbs. Chelsea wants to get back to Paris. Victor says it’s not going to happen – he owns Chelsea Lawson.

At Crimson Lights, Dylan tells Stitch that something is off with Sharon. He advises Dylan to keep an eye on her – there’s the baby to think of too. Later, Sharon arrives, puts the ‘closed’ sign up and starts kissing Dylan.

At the Club’s Dive Bar, Noah tells Summer he cares about Marisa, but he misses Courtney. Summer misses Austin too, but loves Kyle. She hopes Marisa will make Noah happy. Later, Nick and Sage arrive and a bunch of the Newmans and Abbotts jump out to yell, “Surprise!” Downstairs, Ash asks Jack if he considers her rigid. Jack muses that she’s stuck in all the right ways. She orders another martini. Jack tells Ash she’s like their dad and he wants her to be co-CEO.

As Jack, Neil, Cane, and Lily listen, Michael tells Devon that the DNA tests indicate that, in fact, the blood is Hilary’s and he’ll be extradited – the charge is homicide.

Victor tells Marisa he’ll put half a million dollars into her account and she’ll leave town.