Y&R Recap: Victor deals with Marco by sending him straight to hell

Someone dies in the shootout, Sharon gets bad news, and Marco's fate is decided. 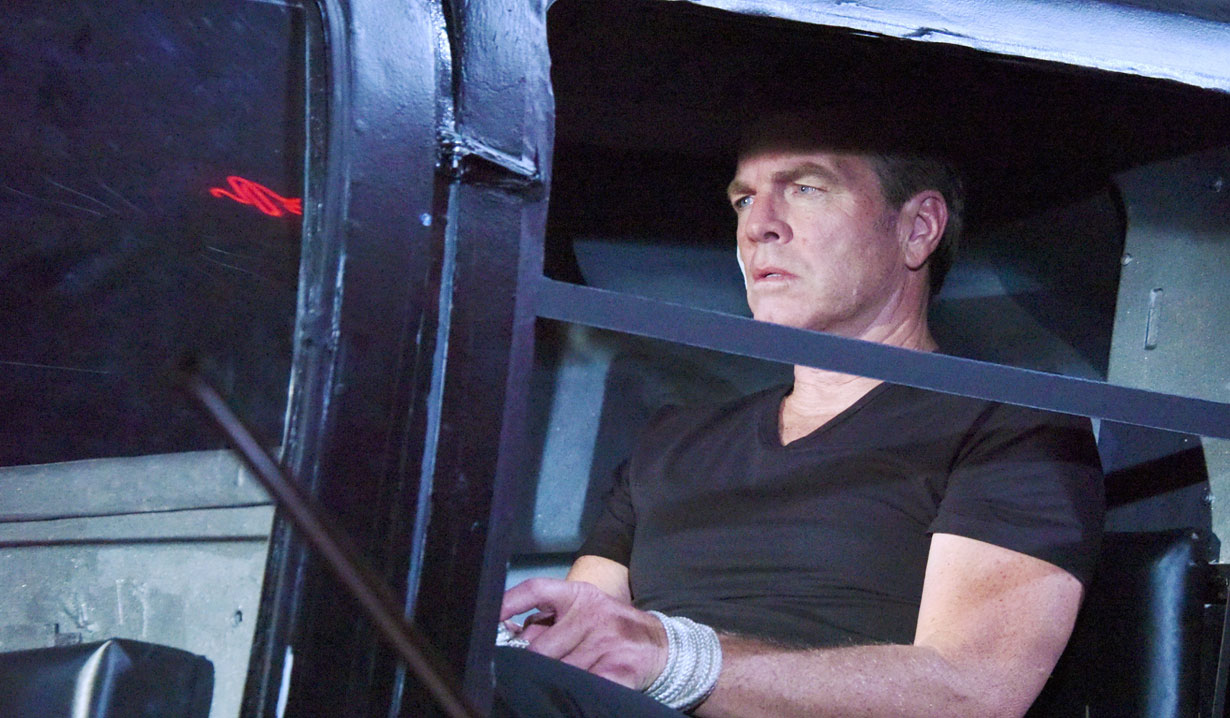 At the station, Sharon screams as they watch the action on the surveillance video.

At the Dive Bar, Dylan lunges at Harding and Paul shoots him. As Harding lays on the ground, Dylan demands to know who he was working for. Harding gasps about the cabin. Dylan asks if Marco hired him. Harding can't answer. Down in the dining room, Abby notes that Stitch hardly ate and isn't very talkative. Stitch is tired. She says they could turn in, but he suggests a nightcap on the roof. They come upon the scene of the shooting. Paul sends Abby away and asks for Stitch's help. Paul thanks Dylan, who tells him how they came to be there. Paul says they will check out Harding's phone.

At the station, Kevin assures Sharon that Dylan is okay but Harding's down. It doesn't look like he's walking away. Noah mutters about justice. He and Kevin take off. Summer, Mariah, and Sharon talk and decide to go too. Sharon hangs back with a tummy pain.

At the Club's Dive Bar, Harding is dead. Paul doesn't regret shooting him to save his son. Dylan and Stitch head downstairs and join Sharon, Kevin, Noah, Summer, and Mariah. Stitch announces Harding is dead. Dylan explains they couldn't confirm who he was working with, but Harding did the killings. Meanwhile, Abby tells Stitch that Harding the murderer kissed her on New Year's Eve. She feels free and doesn't need a bodyguard anymore. She's going to move back to her house - alone. It will be better than feeling as alone as she does when she's with him sometimes. Stitch explains he's reluctant to open up to her and scare her away. He shares about Max and asks for another chance. They embrace. Abby suggests a trip to Australia and invites him to join her at her house. Nearby, Mariah realizes Kevin still has questions. He needs to know how Marco fits in.

At the Abbott cabin, Jack tells those assembled he wants a confession from Marco. Marco states that he wasn't working alone. Victor claims innocence and Jack scoffs. Marco says Mark Harding killed those kids. Jack asks Victor if he knew his partner had a dirty cop on the payroll. Victor says absolutely not. Marco fills in more details about why Harding killed Austin and Courtney. He blames him for the cover-ups and Tobias too. Marco turns to Victor and calls him boss. "Those people are dead because your plan had to be protected at all costs." Victor warns him not to place blame at his feet. Jack says that's where it belongs. He tells Victor this time around he caused three deaths with his plotting. He accepts that Marco took it to a more violent level. Marco taunts Jack about the lives he took. Marisa says it was self-defense. Victor has a plan in mind for Marco. "I'm sending you straight to hell." Victor's henchmen are ordered to take him back to the Peruvian prison and if he gives any problems to shoot him. Phyllis hopes he munches on cockroaches. After, Jack and Phyllis thank Marisa. Victor is upset that Marisa didn't tell him she was in contact with Marco. She protests. Victor intones. "Never lie to me." Jack defends Marisa. Victor agrees to give her a chance for her fresh start if she keeps her mouth shut.

At Crimson Lights, Noah and Summer marvel over a police detective doing such horrible things. They still don't know why. Kevin agrees there's more to find out. On the patio, Sharon tells Mariah she had a cramp and will have it checked out later. Mariah joins Kevin, Noah, and Summer, who are debating whether they'll ever know all the details. Noah thinks it's case closed. Summer calls Kyle, who's on a business trip. Kevin still struggles with a piece that's not fitting. Marisa arrives and hugs Noah. They fill her in on Harding's death and speculate he was working with Marco. She says he won't be a problem anymore.

At the station, Paul rehashes the shooting scene with Christine. He admits he thought of Ricky. Chris hope saving his other son's life will allow him to finally forgive himself. Dylan enters. Chris tells him he'll make a great cop and exits. Dylan tells Paul this is far from over; someone was paying him hush money to keep a secret. Paul guesses it was Anicelli. He looks forward to giving Dylan his badge soon. He's so proud. After, Paul and Chris talk happily about Dylan joining Paul on the force.

At the hospital, the doctor tells Sharon she's sorry for her loss, but the good news is there's no reason she can't try to conceive again. Sharon sobs.

At home, Sharon finds Dylan waiting with an apology for scaring her. He tells her he's not going to join the force because he won't risk their family. He goes on about being a dad. Sharon doesn't want him to make a rash decision. He's sure...just as he's sure about something else. Dylan proposes. Sharon cries and accepts.

At the cabin, Jack and Victor threaten each other with going to the authorities. Victor warns of extradition and dire consequences. Jack's calling Paul. Phyllis stops him. She can't risk him being locked up and asks him not to throw their future away to get back at Victor. Jack gives in. He worries Marco will be able to escape and take his life again. Victor says he took measure so they could identify him.

In a helicopter, Marco has a big bandage where his ear used to be.

Paul asks Victor, "Did you ever come across a man by the name of Marco Anicelli?"

Devon tells Michael as Lily listens, "They had me in a police line-up. They think Hilary could be dead and I could be responsible for it." 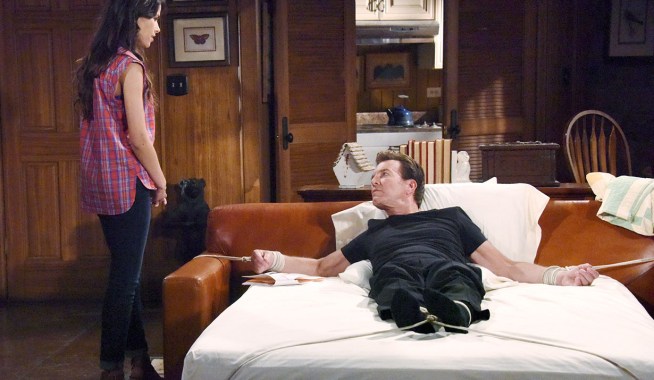 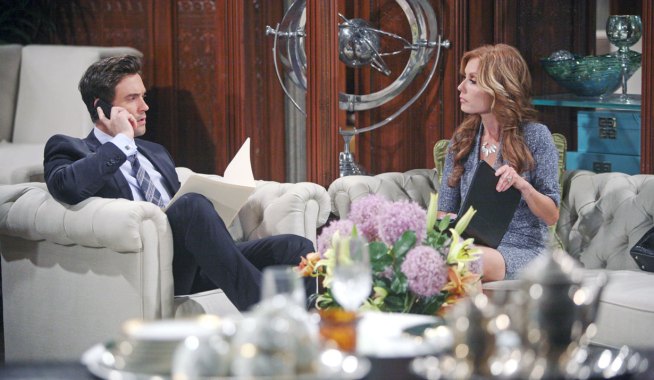