Hilary and Devon work things out, Ashley warns Ben about Victoria, and Phyllis catches Jack in a compromising position. 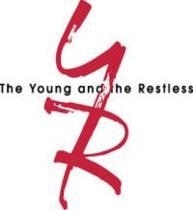 Ashley finds Ben and Victoria canoodling in the hall outside the Jabot lab. Victoria says she came to see Abby. Ash thinks it's a cover story. Ben suggests they get to work and Vikki leaves. Ben accuses Ashley of being jealous. Ash counters that Victoria's playing him. She thinks Victoria is doing her father's dirty work. They bicker. Ashley's explains she's only feeling territorial about her work, not him. Ben apologizes. Ashley admits she's a little concerned about his relationship with Victoria interfering with work. He gives his word it won't.

At the Abbott house, Jack overhears Phyllis telling someone on the phone that Jack can't find out. He asks what's going on. Phyllis tries to get him upstairs, but he has a meeting at the Club. She complains about Kelly. Jack offers to reschedule. Phyllis says no - she has things to do.

In the office at the Club, Abby flashes to stealing the love potion and muses that this could be so fun. Kelly appears and Abby insults her sweetly. Kelly gets a text and smiles. In a suite, Devon dresses and tells Gwen this was a bad idea. She doesn't think so, and kisses him. Downstairs, Neil talks about having a healthy baby. Hilary takes her birth control pill. Neil enthuses about staying busy in the bedroom. Devon and Gwen appear, as does Lily. Hilary drops her glass when Devon nuzzles Gwen. She blames her hand cream. Hilary steps away and runs into Gwen, who tells her what happened with Devon. "I have you to thank." Meanwhile, Neil tells Lily he and Hil are having fun trying to get pregnant. By the stairs, Hilary asks Devon how he could do this to her. Phyllis interrupts to thank Hilary for planning Jack's fake meeting. Lily joins and talks about baby-making. Hil asks her to help Phyllis. In the office, Lily tells Phyllis they have no suites. Phyllis thinks she's 'Team Kelly'. Kelly listens as Phyllis makes a speech about Jack. Lily agrees to help. Downstairs, Abby greets Jack and teases about his romantic life. He tells her he's Katie's godfather. Abby rants on about Victoria and Billy. Victoria appears. She asks Abby to be Katie's godmother. Abby doesn't feel responsible enough, but Victoria convinces her she's a great role model. Jack is given a card saying the woman he loves has a surprise with a room number. Jack checks with the bartender that Phyllis set it up. He confirms, but says it's a different room number. In the office, Phyllis thanks Lily and they discuss Kelly. Lily knows Jack and Phyllis have true love - she thought Kelly might get hurt. Lily doesn't want to argue about who did what though. By the stairs, Hilary confronts Devon about sleeping with Gwen. Devon counters that she's trying to get pregnant with Neil. Lily interrupts. She complains about feeling two-faced having to help Phyllis when Kelly's her friend. They look over at Neil and Gwen chatting. Lily muses that Devon picked someone that dad likes. Hilary rolls her eyes. At the table, Gwen tells Neil his son's been lying to him. She explains about their first date being fake, but assures him it's real now. Neil appreciates her honesty. Once alone, Neil reaches for Hil's ringing phone and finds her pills. Across the room, Hilary and Devon explain themselves to each other and apologize. Devon wants to go out of town together. Hil will find a way.

At the Jabot lab, Kelly tells Ben that their mother called and wants to come forward. He doesn't want her in prison. They bicker. Ben's concerned about Kelly. She assures him she's fine. Later, Ash and Ben have a breakthrough. "Chemistry is magic." Ash is proud that their tryst didn't ruin things. Victoria appears at the door. She forgot a glove and jokes about being scattered. Ben walks her out. Ash hisses, "Scattered my ass."

In a suite at the Club, Jack hears a shower and grins at a card that tells him to undress, get into bed, and put on the blindfold. He does. Kelly emerges and tickles his chest with a rose. When he realizes it's her, he's stunned and upset. Kelly says she got a message to meet him there! Why would she do this and torture herself? In another suite, Phyllis puts on music and poses seductively on the bed. She goes looking for Jack and finds him half-dressed with Kelly in the other suite. "Oh hell no!"

Neil says to Hilary, "Your birth control pills. Still in your bag."

Avery tells Dylan, "That was the Mayor's Chief of Staff. They put a hold on the sale." Dylan exclaims, "Yes!'

Victor tells Joe that McAvoy is no longer his problem. Joe asks, "What's that supposed to mean?" Victor says he'll take care of him.