Lily is upset after receiving flowers, Jill grills Colin, and Dylan is stunned to see Ian. 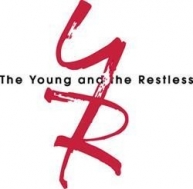 Cane toasts Lily in the office after the fashion show. Lily thanks him for the flowers, but he didn't send them. She reads the card and throws it out. Cane gets it and sees it's from Colin. In the dining room, Jack and Summer talk about the great event and thank Kelly for her hard work. Kelly asks Jack about their do-over meal. Summer looks uncomfortable. Noah is heading out the door when he bumps into Caroline Spencer. They chat. Caroline joins Jack and meets Summer. Jack talks about making the show an annual event. Later, Jack tells Summer he's proud of her and they talk about how it might have been if she'd grown up with the Abbotts. Jack leaves and Kelly sits with Summer and gives her a thank you gift for her hard work - truffles. Summer says it was great; now she understands why her mom loved working at Jabot. Kelly's sure her mom would have been proud of her.

At the Chancellor Estate, Jill appears as Colin tells someone on the phone that his wife will lead them to the old girl's money. She questions him, but the doorbell rings. He jumps. "Knickers!" It's Billy and Johnny. Jill tells him Colin is dodging her questions. Colin makes a speech about his lovely wife. Colin takes Johnny so Jill can ask Billy about Victoria. Billy says she won't even see him - she's using the nanny as a buffer. He tells her he's back at Jabot. She's proud and thinks Victoria will be too. Billy warns her to be careful with Colin and leaves. After, Jill demands Colin answer her about the phone call. She didn't hear what he said, but knows he's putting a lot of effort into evading. The doorbell rings - it's Lily and Cane. Lily asks Colin, "What is it going to take to keep him out of their lives." Cane tells Jill that Colin sent Lily flowers. Colin turns to Jill and says the phone call was about the delivery. "No good deed goes unpunished," he laments. Lily says they'll never forgive him for trying to kidnap their kids. Colin thought they were on civil terms now. Jill thought so too. Colin sighs about the time he's missed out on with the grandkids and how he's getting older. Jill thinks the twins deserve to know their grandfather, though she's no fool - there will always be grey areas where her husband is concerned. Cane suggests to Lily that they be honest with the kids. Colin appreciates whatever they can do. Jill tells Colin he is changing, but next time send her flowers too - it makes a better cover story.

Leslie arrives at Avery's, where she's fussing about her audition. Leslie has news she's not going to like. Avery notices her ring and gushes that she married Neil. Leslie says she married a doctor she met online. Avery is extremely skeptical. Leslie compares it to her leaving Nick for Dylan. Her real news concerns Ian Ward - she got him a mistrial. Avery's upset that she defended him in the first place. Leslie reminds her about Daisy and then questions her about her cooking show sideline. Avery angrily says she has to go warn Dylan that his worst nightmare is on the streets.

Dylan is taken off guard when Ian Ward appears in Crimson Lights. Ian says he was released and his trial ended as a mistrial. He goes on about how justice prevailed. Dylan asks why he's back there. Ian wants to make peace. Dylan wonders about his big secret. Ian says he could tell him things that would impact him and Nikki. Dylan wonders if that's a threat. Ian urges him not to have a PTSD episode. On the patio, Noah bumps into Caroline Forrester again. They comment on the coincidence and make small talk. She walks off and Courtney appears. Noah invites her to Abby's engagement party, but she's worried about what his family will say. He reassures her. Summer arrives. Inside, Ian is offering Dylan anger management lessons for his PTSD when Avery arrives and chases him off. Dylan is stumped as to why he would come back. On the patio, Summer tells Courtney and Noah she's missing her mother and then goes.

At the Abbott house, Jack tells Billy about the show's success. Billy says he stopped by Jill's and put on a brave face. He complains that Victoria seems to be moving on. Jack tells him she was at the Club with Dr. Rayburn. Billy says Stitch was at the house later that night. Jack's sorry. He says at least he can fight for Victoria; he wishes he could do more for Phyllis. The doorbell rings - it's Kelly. Billy lectures her about showing up at his door, but she's there to see Jack. She returns some things from the Club. Billy tells her not to worry about Vikki finding out she was there - it's not an issue. Alone with Jack, Kelly notices the photo of Phyllis. Jack brags that she's a knock out. Kelly decides they should skip their do-over dinner.

Nikki tells Victor that Ian's back in town.

Dylan tells Paul when he found out that scum was back in town he wanted to rip apart a whole lot more than his hotel room.

A shirtless Nick pulls Sharon's shirt over her head.