Soaps.com Chats with The Young and the Restless’s Daniel Goddard! Part II

Soaps.com: Switching gears, back to the babies, they're named Charlie and Matilda. Many viewers have been expressing a feeling that one should have been named after Drucilla.

Daniel: Yeah, I know, it's like when they came up with Cordelia. What's interesting about that is we had these episodes where we talked about the names of the babies; we should have Drew for Drucilla if it's a boy, and so on. I don't know; that's a tough call to make. All I know is, they give me the words, I open my mouth, words come out - it's unbelievable. [laughs]. Matilda, I see where they got that from, like the Australian 'Waltzing Matilda', but no, I have no idea.

Soaps.com: Have you taped with the babies?

Daniel: We did our first scene two days ago with the babies and it's interesting to see how they cast the babies. From a color point of view, I think they hit the nail on the head completely; they really got it right. I think that the fans will be very happy with the casting of the children. It's well done.

Soaps.com: Is the cancer storyline set to move forward with the stem cell treatments?

Daniel: Yeah, it moves ahead because now the babies are born you can take the cord blood and the amniocentesis is no longer necessary.

Soaps.com: Were you surprised when you got your scripts, that after the build up to all of the conflict in the storyline, it was resolved in two episodes?

Daniel: Somewhat surprised, however, at the same time I think it's nice to move on to the next phase of the story. I think in this situation it was resolved in a way that allowed it to move through the next phase, allowing the audience to wonder what happens next, because with the information you've been given in the last three days, it's pretty impossible to track where they're going to go with it. I think the writers are very protective of Cane and Lily because they have a solid fanbase; it's about the ups and downs, and I think if you fracture them too deeply by having Cane [try to force Lily to take the stem cells and her refusing]… Once the stem cells are out, there is no reason for her not to take them, so there's a lack of conflict there, so I see the way it's resolved, and the way they've done it, and it makes sense.

Soaps.com: What's coming up for Cane in the immediate future?

Daniel: I go back to work with Tucker. Malcolm's fiancée comes to town and she and Cane end up connecting - not sexually - they connect as characters connect; develop a rapport, which is good. It's great to be able to extend the canvas of characters you work with. From there, I think you'll see Mackenzie experience a certain amount of postpartum, as a surrogate. I think it leaves her in a precarious position as to where she stands with the children in her mind. Then, we'll see how the deportation plays out, when, or if, Lily starts getting better from the stem cells so the chemo can do its work.

If you missed it, catch Soaps.com Chats with Daniel Goddard! Part I. 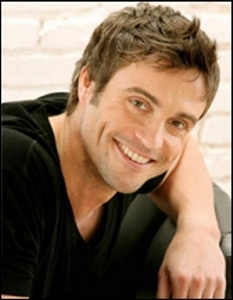 Welcome to Part II of Soaps.com’s chat with Daniel Goddard (Cane Ashby) of The Young and the Restless! Read on for details about the twins and upcoming storyline!

Soaps.com: In the past, whenever we get comfortable with who Cane is, a secret or twist has been revealed.

Daniel: True. And I liked not being a Chancellor, and losing that. In the beginning I wasn’t the happiest camper about it; everything I tried to develop and build, I lost, but at the same time it gave me a great obstacle to overcome from the character’s point of view. You look at Victor Newman, he came to the show with no familial ties whatsoever and created his own mark. Whether they choose to write Cane that way and develop his character isn’t up to me, it’s up to them, but at least it’s a clean slate, and now I have a wife, I know we’re beginning more storyline with Cane and Tucker, therefore I have business again, and the babies [have arrived]. So that puts Cane in a strong position to develop a full-fledged, multi-dimensional character again.

Soaps.com: That only leaves the deportation issue to resolve. I found it interesting that when Lily and Cane discussed her will, he told her if she doesn’t live, he would prefer to take the babies to Australia [he’d be deported] and raise them on his own, yet he’s supposed to be in imminent danger from the cattle rustlers, and neither Cane nor Lily mentioned the babies’ safety in the conversation. It makes you wonder where the writers are going.

Daniel: It does make you wonder where they’re going. The trackability of points in storyline is difficult, so it’s hard to see where things will go, but at the same time, we can look at it from the other side of it. Let’s say it’s an intentional piece of dialogue from the writers, not just a slip, it makes you wonder what motivations are there, and what lies ahead.

Soaps.com: We’re assuming that Lily will get better, but really, we don’t actually know at this point. If something did happen to Lily, is there any other female character on the canvas who you could imagine Cane turning to for comfort?

Daniel: I’ve always wanted to work with Sharon. I’m very sad for Sharon Case that she didn’t get a nomination for an Emmy. I thought that she was phenomenal!

Soaps.com: Yes, and she had a lot of great material last year.

Daniel: If you look at Sharon’s work it’s fabulous! You’ve got this torn woman who’s needing love, loses Jack, goes to Nick, ends up with his brother; it’s a very complicated character she plays and I would like to see her awarded for it. But, you know, congratulations to all the other girls who got one, it always works itself out. But, I’d love to work with Sharon.

The Young and the Restless Saturday Teaser Poll: Fateful Decision

The Young and the Restless Video Promo: Doubts!