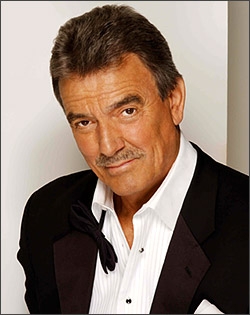 Being one of daytime’s biggest and most successful stars has given
The Young and the Restless actor Eric Braeden (Victor Newman) the freedom of being able to take a five-week leave from daytime’s number one drama to pursue a new venture! The twenty-seven year soap veteran will be throwing in his Newman business suit to star in and produce the new Indie film “The Man Who Came Back,” a revenge picture set in the 1870’s during one of the bloodiest labor strikes in American History!

The filming for the western will take place in an assortment of locales all over Texas and will begin in late April. Starring opposite Billy Zane and Armand Assante, Eric will also take company with George Kennedy, Sean Young, Carol Alt, Peter Jason, Jennifer O’Dell and James Patrick Stewart. While screenplay writer of the film, Glen Pitre, will be the director, Steve Bowen, Chuck Walker, Sam Cable and John Castellanos (Y&R’s John Silva) are lined up to be the producers.

Soaps.com wants to wish Eric the very best with his new film and we look forward to its release! To learn more about Eric and his impressive career, along with his other film credits, please visit his website at Eric Braeden!