Young & Restless Bungle: A Fatal Flaw in Jack’s Scheme Leaves Diane’s Fate in the Hands of Her Enemies 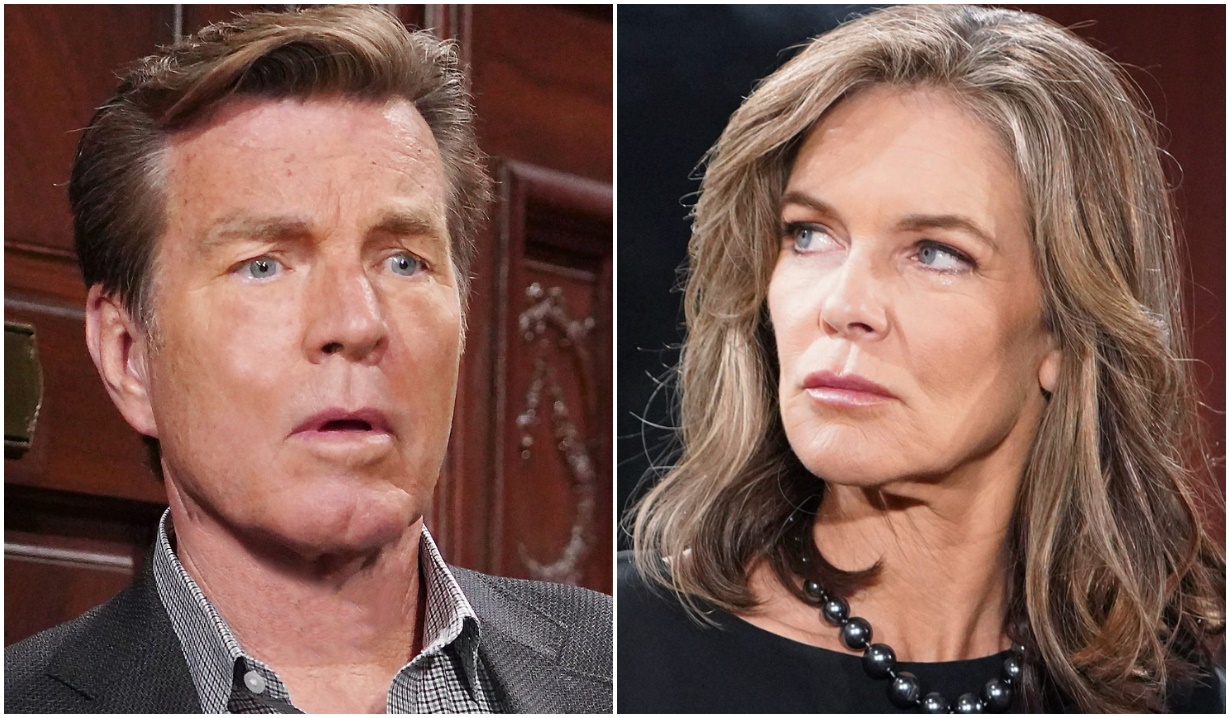 It’s an opportunity to run Jenkins out of town on a silver platter. Why wouldn’t they take it?!

Well, it seems that Jack and Diane’s plan went off without a hitch. Jeremy was hauled off by Chance and they framed him soundly. But for those Young & Restless fans left asking, “Is that it?!” there’s still hope for a twist because Jack’s plan has one huge and possibly fatal flaw… 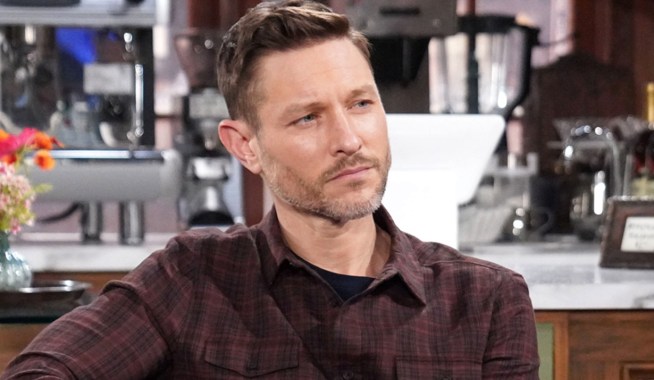 Since Diane returned, Phyllis and Nikki spearheaded the campaign to run her out of town. Ashley joined the effort and the trio became known, at least to Diane, as the “coven”. To date, their attempts to get rid of their sworn enemy have hurt them more than they’ve hurt Diane. In fact, their plotting often played right into Jenkins’ hands as she used the pushback to garner sympathy from Jack and Kyle.

After Phyllis lured the so-called dangerous criminal Jeremy Stark to town, things went even further south for her. After giving up her hotel in a scheme to work at Jabot/Marchetti to sabotage her nemesis, Phyllis ended up being fired by Summer for her role in escalating the situation with her phone call to Diane’s former partner in crime.

Nikki and Ashley balked a little at their redheaded counterpart bringing the big bad to town and wondered if things had gone too far, but they never backed away from their default position — the trouble in Genoa City is Diane’s fault and no one else’s.

While Nikki stepped back from actively plotting against Diane at the behest of her family, Ashley has continued to be vehemently vocal about her hatred for Diane. In fact, she screamed at Jack that the woman would never be welcome in their home or their company as far as she was concerned. “Never!”

Of course, Ashley left town after being disappointed by Tucker, so she’s not really a factor in what’s happening currently. That leaves Nikki and Phyllis, and intriguingly, part of Jack’s scheme to eliminate Stark and save Diane’s bacon hinges heavily on one of them.

After slipping into Nikki and Victor’s pied-a-terre in Chicago to steal the valuable necklace, Jack and Diane set up Jeremy to take the fall for the theft, thereby sending him back to prison and ridding themselves of the threat. So far, all has gone according to plan, but the next part is trickier.

Jack left Nikki a voicemail telling her that they needed to talk about the robbery. “I have some good news, and some bad.” Will he confess that he stole the necklace himself in order to frame Stark to help Diane? 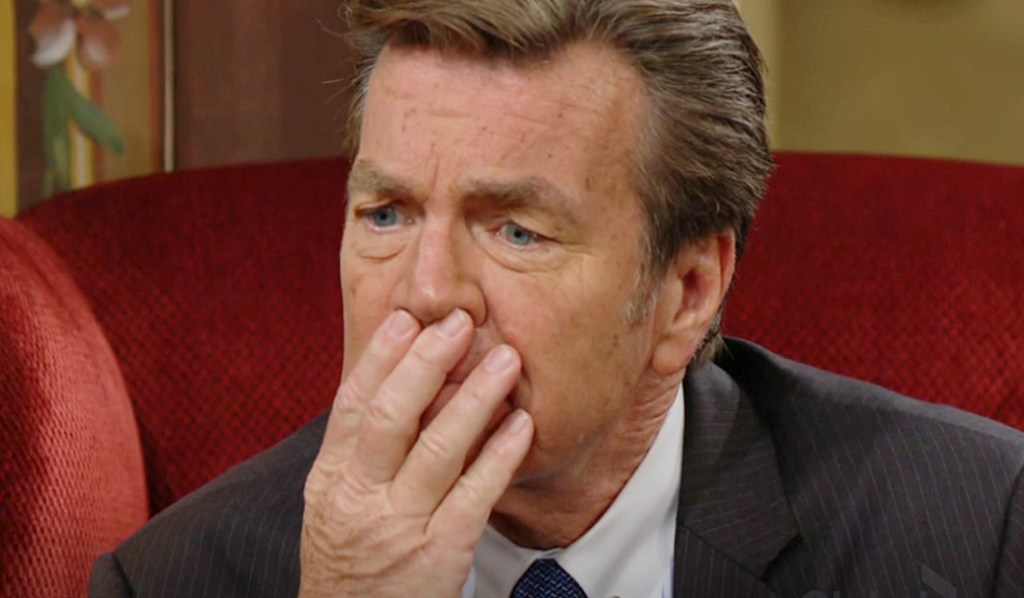 At one point, as they plotted to steal the necklace, Jack told Diane that he’d make Nikki understand. So, we have to assume he’s not going to let her believe Stark broke in and took the bauble, but instead, come clean and explain that he was the one to breach security.

This means he’s counting on Nikki not flipping the script on him and Diane — but given how she feels about the latter, why wouldn’t she? Jack’s just offered up an opportunity for her to get rid of Diane once and for all on a silver platter!

Once Jack confesses, all Nikki has to say is that she’ll go along with his version of events to the police on one condition — that Diane leaves town for good. Of course, Jack will try and guilt her and say that she and her cohorts put Diane in danger by bringing Stark to town, leaving them no choice but to hatch the scheme.

We really don’t think Nikki would turn Jack in, but she could certainly threaten to do so if Diane doesn’t agree to hit the road.

Even if Jack allows Nikki to believe that Stark took the necklace and doesn’t tell her the truth, she might eventually figure it out. Especially if she dishes the situation with Phyllis and discovers that Diane was all over Jeremy in the Glam Club right before the heist would have taken place and that Red was with Jeremy when he took a call from Diane asking to meet the next morning. This pair is more than adept at putting two and two together. 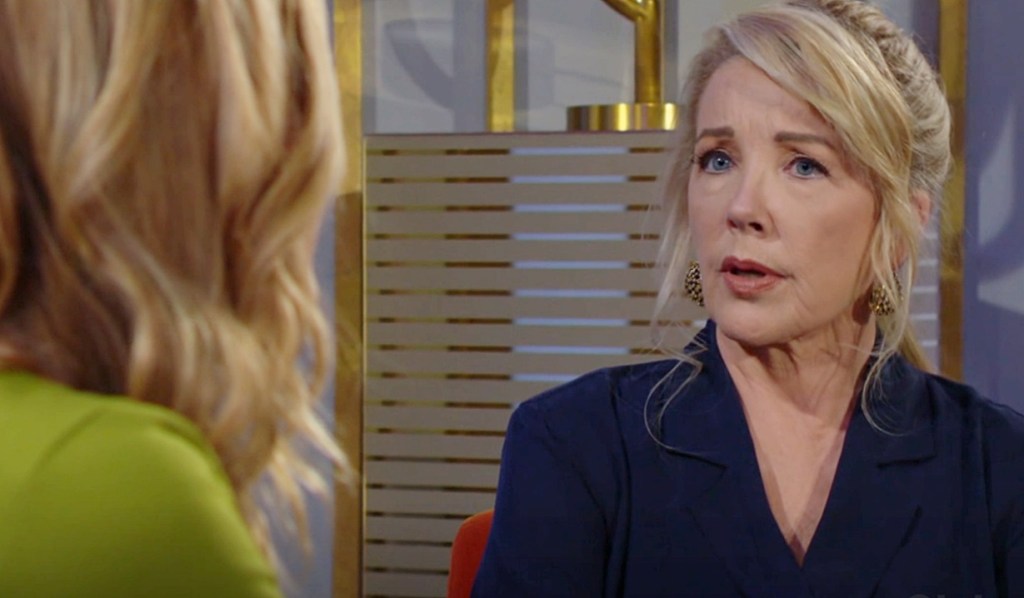 Remember, Jack and Diane are each other’s alibi, yet she was seen with Jeremy in the Glam Club at the time that Jack was arriving in Chicago. Phyllis even snapped a photo of them. That has to come into play. If the police get involved there may even be more at stake than Diane being forced to leave town as Jack and Diane’s fingerprints are on the necklace.

Bottom line: Jack has effectively executed a plan that could leave Diane’s fate in Nikki and Phyllis’ hands and could even end up with him and Diane being incriminated in a theft, a frame job, and for lying to police.

Let us know what you think will happen in this story in the comment section below.

Ahead of Lauren Fenmore’s special episode, refresh your memory of the Fisher/Baldwin clan in the gallery below. 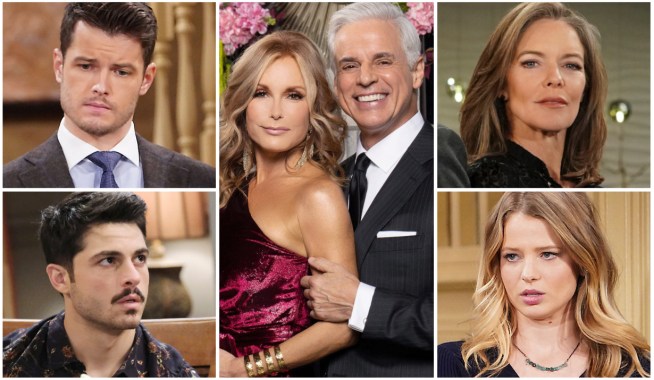 Sally Who? Young & Restless Is Bringing Back an Old Flame Who Could Heat Up Adam's Love Life in a Big Way 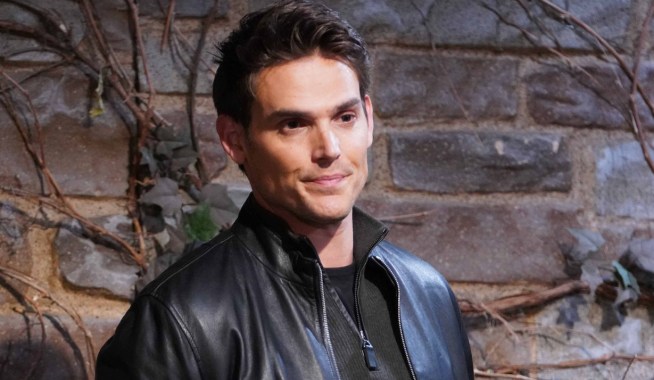