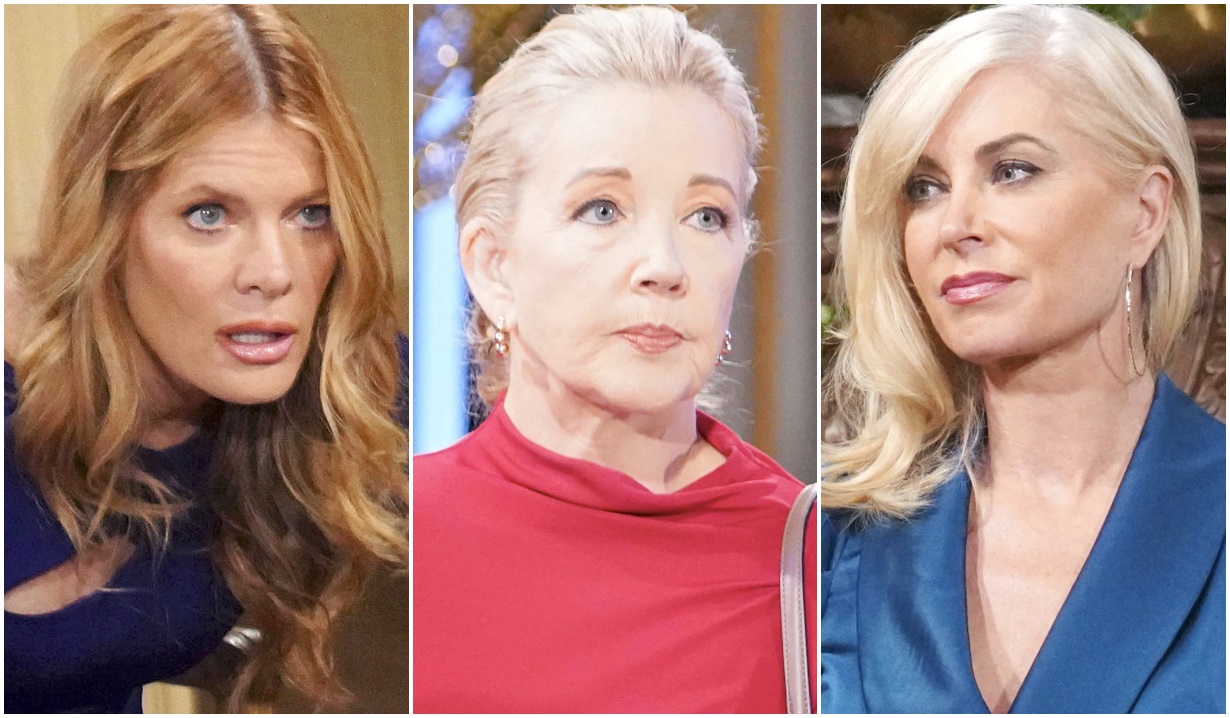 Ashley, Nikki, and Phyllis roll out the welcome mat for danger.

Young & Restless’ unlikely alliance — Phyllis, Ashley, and Nikki — have let Victor take a backseat in their bid to bring down Diane. Yup, the ladies have done all the leg work themselves and finally feel that they’re closing in on their objective — which is to rid Genoa City of Jenkins forever. But they’ll want to consider their next move very carefully…

At this point, each of the three women in the “I Hate Diane Club” has contributed to the cause. Phyllis gave up her hotel to take a job at Marchetti to try and sabotage the enemy from within the walls of Jabot, but was stymied by Kyle and Summer’s forced peace pact.

Of course, Phyllis continued to work her agenda from behind the scenes — just not at Jabot. Nikki, for her part, undertook a reconnaissance mission into Deacon Sharpe’s corner of Los Angeles to find out what her former flame knew about Diane’s, erm, afterlife… that is, “after” they all thought she’d been murdered.

Nikki came home whispering to her co-conspirators about Diane living high on the hog (contrary to her claims of a “modest” life as a real estate agent) and with a photo of her driving around with a man in a Bentley.

Phyllis and Nikki began putting the pieces together when Tucker McCall crashed Kyle and Summer’s vow renewal and gifted them with — you guessed it — a Bentley.

It wasn’t long before Tucker’s connection to Diane was uncovered. But the gals really leveled up when they decided that Ashley should use McCall’s romantic interest in her to their advantage. Tucker handed Ashley some truly dirty dirt on Diane when he brought her into the loop on her relationship with a high-rolling criminal.

While Diane has attempted to cover her behind by confessing select parts of the truth to Jack and Kyle, as always, there remains more to the story… and Ashley, Phyllis, and Nikki are convinced that not only is their nemesis close to the breaking point, but that her connection to Jeremy Stark (the aforementioned criminal who had Diane laundering money for him across international borders) is the way to deliver the final blow to her Back From the Dead Tour.

Recent conversations have teased that Stark is dangerous and may be eyeballing revenge on Diane if he believes she helped put him away. As it turns out, she told Kyle that she did help put him in prison. 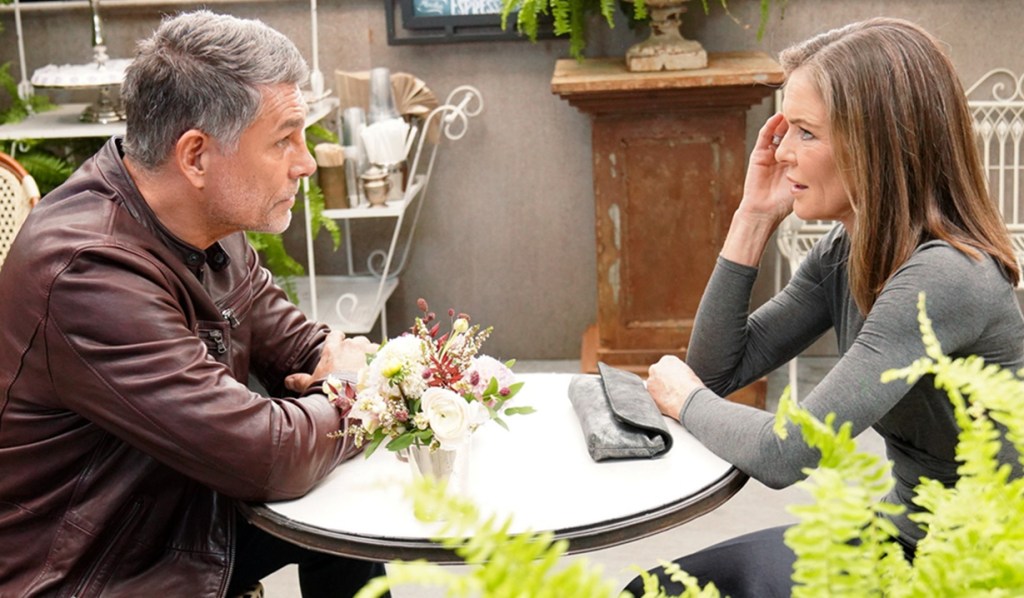 With Stark’s imminent release from behind bars splashed across the headlines of late, it’s downright likely that the alliance of Nikki, Phyllis, and Ashley will lure him to town in hopes of inspiring Diane to skedaddle. Especially once they find out that Jack and Kyle already know about Stark and are still Team Diane.

What better way to push her buttons than to bring the guy to town?

The problem? If he’s as sinister as we’ve been led to believe and he is out for revenge on Diane, she may not be the only one in danger. If Stark decides to take his vengeance by targeting Diane’s loved ones, this whole plan could go horribly, horribly wrong.

Jack warned Ashley that if anything happened and Kyle got hurt as a result of her scheme to oust Diane from Genoa City, he’d place the blame squarely on her (and Phyllis and Nikki by extension).

What if Stark were to go after Kyle, or even Diane’s heart of hearts, little Harrison?!?

We’ve long said that Phyllis stands to lose just about everything if this plan to rid the town of Diane goes awry, but Nikki’s involvement could fire up the old Newman vs. Abbott feud anew, and Ashley… well, she just might be disowned by her devastated family if she brings this kind of menace to their door even after being warned by big brother Jack to “let it go.”

Of course, that would play right into Tucker’s plan to turn Ashley against Jack and the others… but that’s another story.

Do you think Phyllis, Ashley, and Nikki’s plan will involve bringing Jeremy Stark to town? Will it spectacularly backfire when someone ends up in danger? Let us know your thoughts in the comment section below.

Look back on Diane’s volatile past in the gallery below. 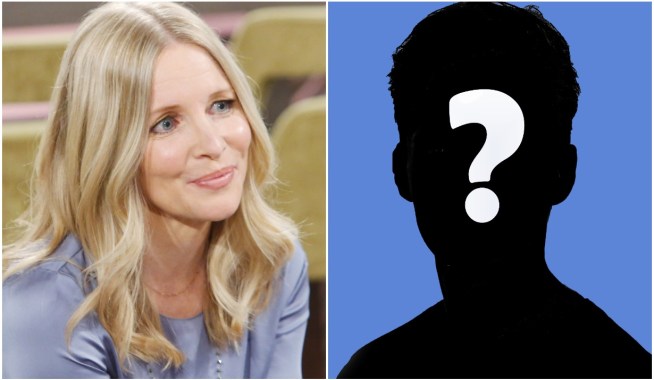 Beloved Veteran of Young & Restless, Bold & Beautiful and Days of Our Lives Dead at 96 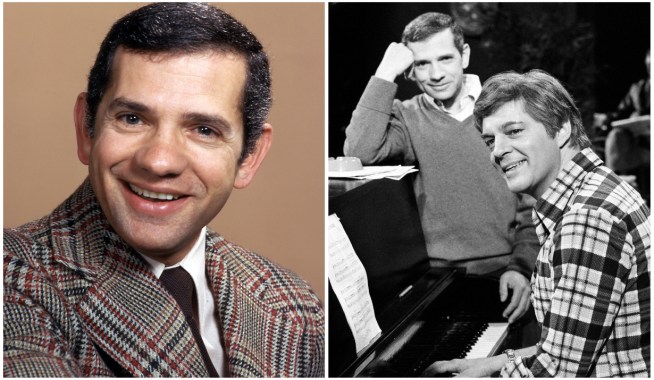