Boom! Young & Restless Is Poised to Explode the Abbott Family With a Stick of Dynamite That’s Even More Combustible Than Diane 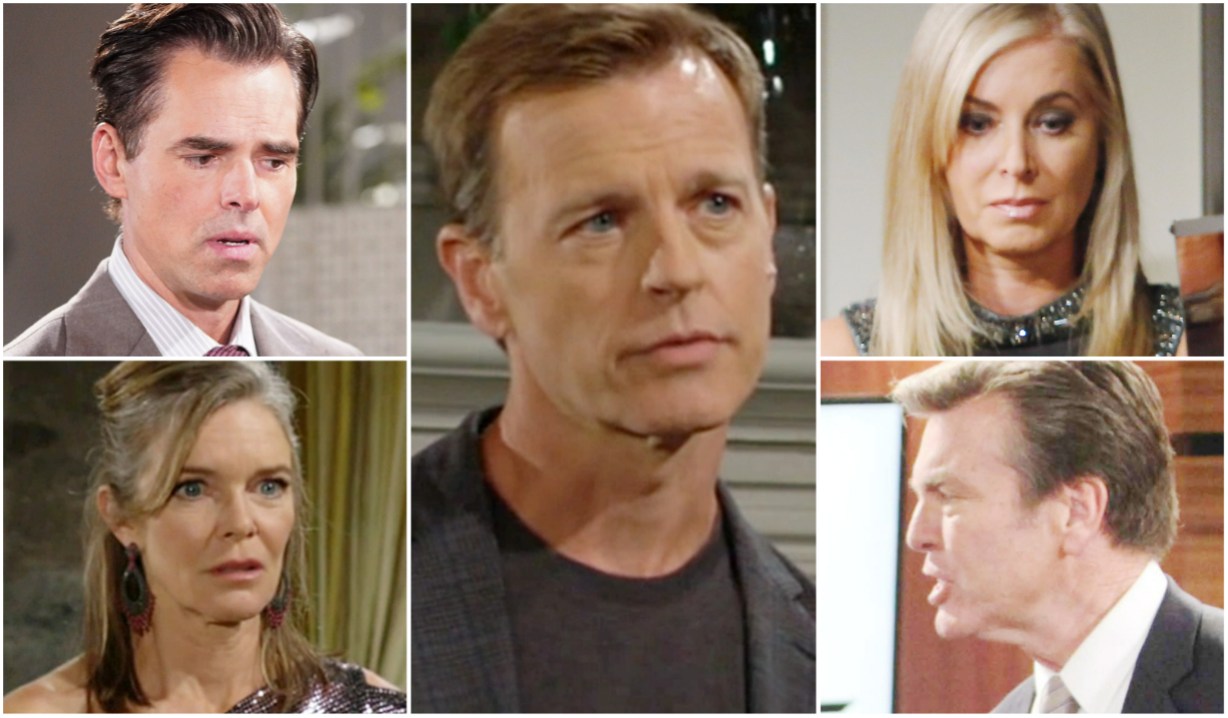 He certainly seems more interested in connecting with their family than his own!

Well, we finally know who Diane’s been working with on The Young and the Restless, and it’s one heck of a doozy! But what we don’t really know is what his endgame is in helping give Diane the “key” to come back. And, more importantly, what does that mean for the Abbotts?

Because while Tucker may be a part of the Chancellor family, it’s all but guaranteed that he came back to mess with the Abbott family! Heck, his big entrance wasn’t by saying hi to his own son, but by crashing Kyle and Summer’s vow renewal.

First off, as Nick and Victoria noted right off the bat, his showing up at the same time that Chancellor-Winters is going public is highly suspicious. Tucker could be just what the company needs to thwart Nate’s plan with the Newmans — but him snatching it up instead of Victor doesn’t necessarily mean giving it back to Devon. And who knows what that would mean for Billy in the COO seat.

After all, Tucker’s business relationship with the Abbotts has always been a back-and-forth battle. Just look at him and Jack. 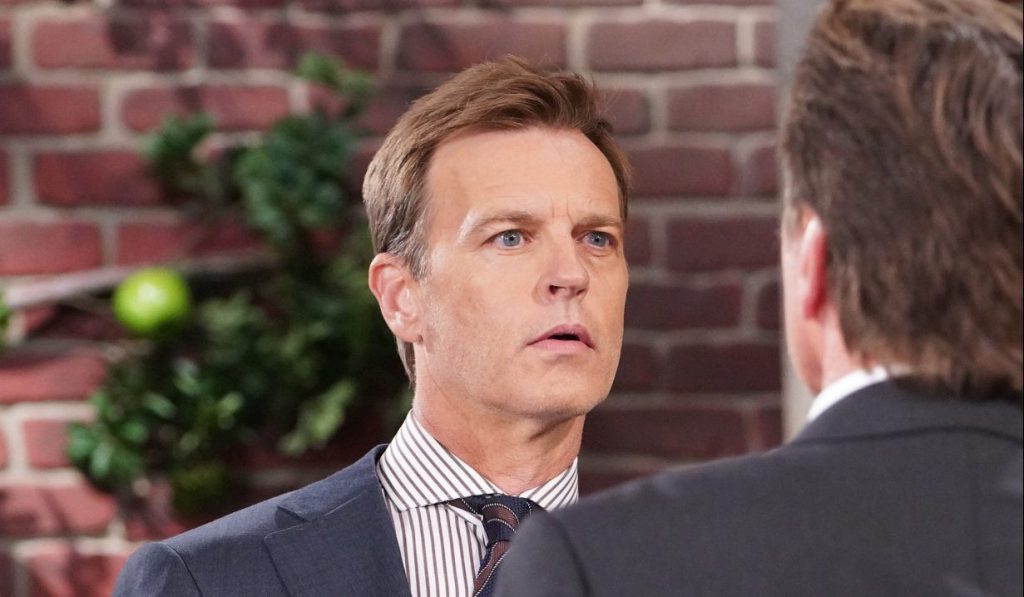 Tucker refused to blink before Jack.

Their history has been… colorful, to say the least. Tucker was responsible for getting Jabot back into the Abbott family hands, but then Jack was also responsible for turning him over to the SEC. When it came to the corporate world, the two stabbed each other in the back just about as often as they teamed up — often with Adam — to take Victor down.

In short, there’s a reason Jack’s reaction to Tucker crashing Kyle’s wedding wasn’t a joyful “Tucker, you old so and so!”

Plus, it’s not hard for Jack to think that Tucker returned, at least in part, to jump back into Ashley’s life. And Jack’s personal feelings about business aside, Tucker blew up his marriage by cheating on his wife. That’s not exactly someone you want marrying back into the family.

Granted, Tucker’s return to Ashley would be pretty darn similar (minus the whole faked death, abandoning their child thing) to Diane’s return to Jack. But that doesn’t mean Ash’s big brother would see it that way. Hypocrisy, after all, is alive and well.

Right from the start, Tucker was pretty transparent in his hope that Ashley would be at the wedding, and he’d be able to reconnect with her. And that’s no surprise. Just before he left town, Tucker admitted to Katherine that he blew it with Ashley, and she was the only woman he ever really connected with.

That’s a powerful admission and one that, if he wants to win her back, might convince him to play nice with the entire family. But if that were truly the case, what in the world has he been doing with Diane? She alone has been enough to rock the Abbotts as she’s inserted herself back into Jack and Kyle’s life.

More: Peter Bergman opens up about the show’s changes

With both their exes back, looking for another chance, there’s a chance Ashley and Jack would grow closer and understand each other better. But let’s be honest. It’s far more likely that it’ll just drive them further apart as Jack plots against Tucker and Ashley against Diane and the entire family is forced to choose sides.

Add in whatever Tucker’s got in mind for the rest of the Abbotts and his return could blow the entire clan right out of the water.

Check out the the moment Tucker made his dramatic entrance with our brand new photo gallery of Kyle and Summer’s grand renewal ceremony.

<p>There’s no doubt that <em>Young & Restless’</em> Summer took her husband Kyle’s breath away when she appeared in the Abbott garden wearing her Forrester Original wedding dress in trendy blush for their vow renewal.</p>

<p>Mariah, Noah, and Tessa decided to share the officiating duties when it became clear they all wanted the honor. They began the ceremony after Harrison adorably walked Summer down the aisle to meet Kyle for their vow do-over.</p>

<p>Noah told his sister and Kyle that they had shown him what love should look like. “Skyle” shared an intimate look as they exchanged personal vows at the ceremony in the Abbott garden.</p>

<p>Each of the parents gave a speech as part of the ceremony, including Diane, who was overcome with genuine emotion… despite her nemesis and hater-in-chief, Phyllis, looking on skeptically.</p>

<p>After the personal vows were out of the way and each of Summer and Kyle’s parents in attendance had stood up to say a little something, it was <em>that</em> time. The happy couple delighted the gathered guests with a romantic kiss to seal the deal.</p>

<p>This is the most fun Jack’s backyard has seen since the last Fourth of July barbecue, we’ll bet! The guests seemingly had a fantastic time, as evidenced by the joyful expressions and laughter from Nikki and Victoria on the big day. At least until…</p>

<p>A helicopter began buzzing overhead right as folks began celebrating. This left the bride, groom, and their guests holding tightly to their stylishly coiffed locks and looking upward in confusion. It wasn’t long until they got some answers…</p>

<p>Tucker McCall was the interloper who made a big entrance at the Abbott family celebration. Claiming he was looking for his ex, Ashley, Tucker stunned onlookers by gifting the bride and groom with the keys to a Bentley… perhaps the one Diane was seen in during her time in Los Angeles? Things that make you go, “Hmm.”</p>

<p>Kyle and Summer posed for an official vow renewal wedding photo and boy did they look good! The lovebirds are smiling and positively glowing.</p>

<p>In this joyful shot, Summer and Kyle embody the essence of marrying your best friend. How can you not love this?!?</p>

<p>These two not only love each other, but support each other. We hope they’re still able to do this when things become even messier between their mothers, Phyllis and Diane. You <em>know</em> it will!</p>

<p>Prior to the wedding, Nick assured Summer he was fine with Harrison walking her down the aisle and gifted his daughter with a bracelet with the letter ‘S’ on it… not for ‘Summer’ but for ‘Supergirl’. Awww.</p>

<p>Summer’s mercurial mom was on her best behavior at the vow renewal, even if she did give Diane and Jack the hairy eyeball and went off to whisper with Nikki a couple times. She shared a close moment with her daughter before the ceremony and gave an emotional speech.</p>

<p>Kyle grew up believing his mother had died, so it’s fair to say he never dreamed he’d be able to have a photo with both of his parents at this wedding. Thank goodness he lives on a soap where faking your own death is par for the course. Viva Diane!</p>

<p>Diane was clearly emotional to be included in her son’s special day after staying away for so long and winning his forgiveness. She made a heartfelt speech ahead of Kyle and Summer being pronounced husband and wife for the second time.</p>

<p>Get a load of the absolutely beautiful, elegant wedding cake prepared for “Skyle’s” vow renewal. Did Mrs. Martinez whip this up? If so, she’s got mad skillz!</p> 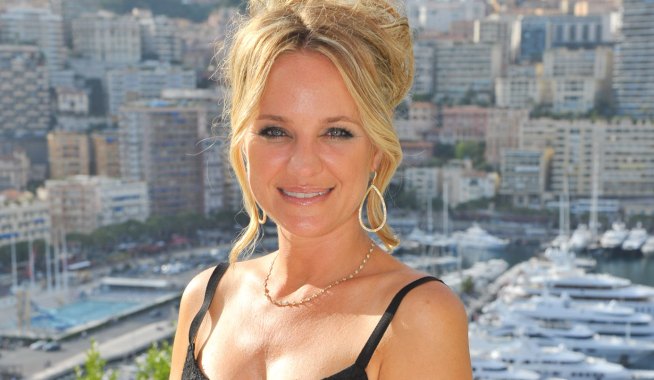 Will Tucker's Young & Restless Return Bring Out [Spoiler's] Dark Side? 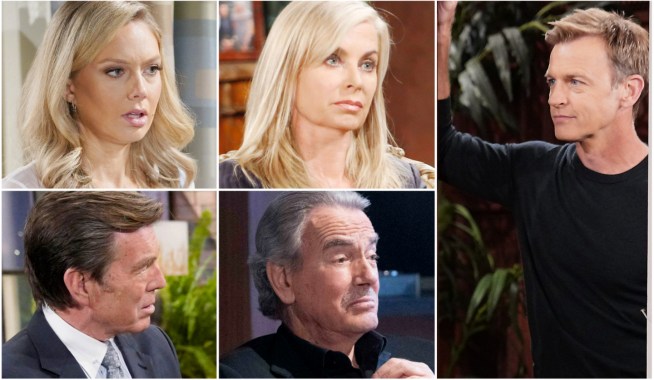 Red Sea Film Festival’s Head of International Programming Kaleem Aftab on Bringing Arthouse Movies to Saudi Arabia, and Why He Will Not Censor