A Red-Hot Romance Is Right Around the Corner for Young & Restless’ Sharon — and She Has No Idea! 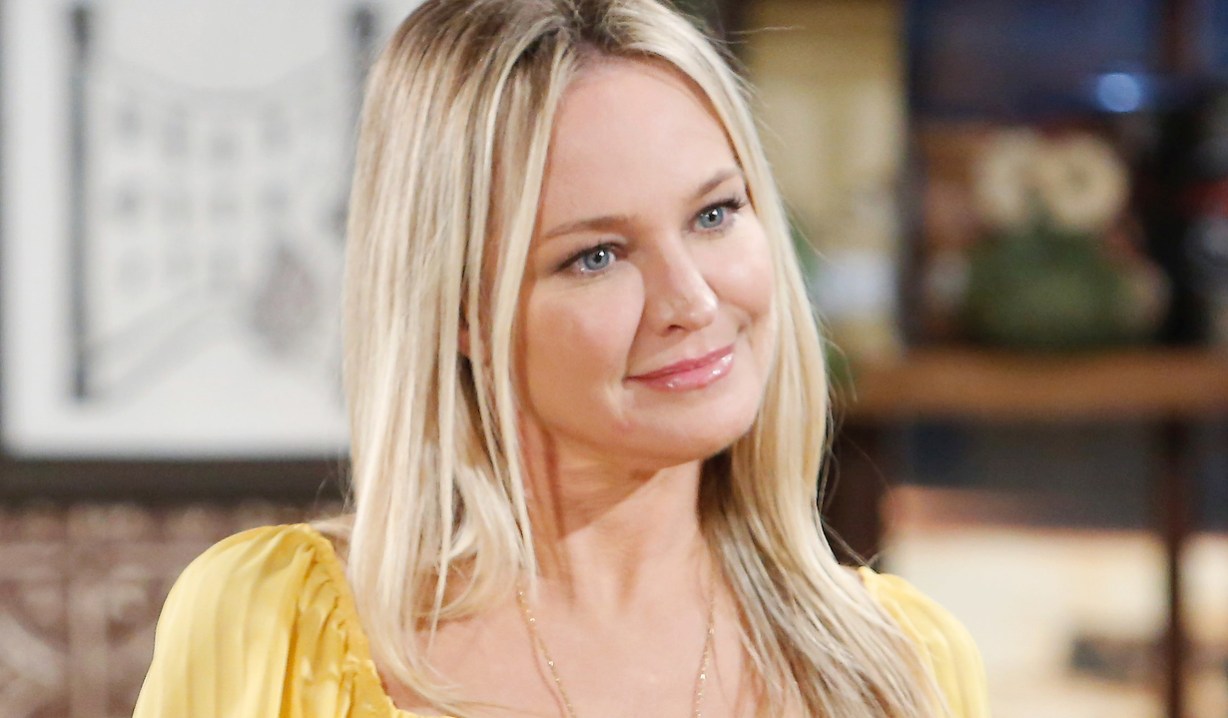 A blast from the past could be about to blow up her future.

Ever since The Young and the Restless killed off Rey, Sharon has been cooling her jets on the back burner, grieving and supporting her loved ones and serving coffee. So. Much. Coffee. But that is destined to change, it would seem — and soon. Because unless we miss our mark — and when has that ever happened? — she’s about to be reunited with an ex with whom she has a history that is, let’s say, complicated. Who?

Tucker McCall, that’s who. Ever since the soap announced that One Life to Live alum Trevor St. John had been cast in a mystery role, we’ve been wracking our brains trying to figure out who he’ll be playing. Now, thanks to new intel in Soap Opera Digest, we’ve come to the conclusion that it’s Katherine’s son and Devon’s biodad, Tucker. 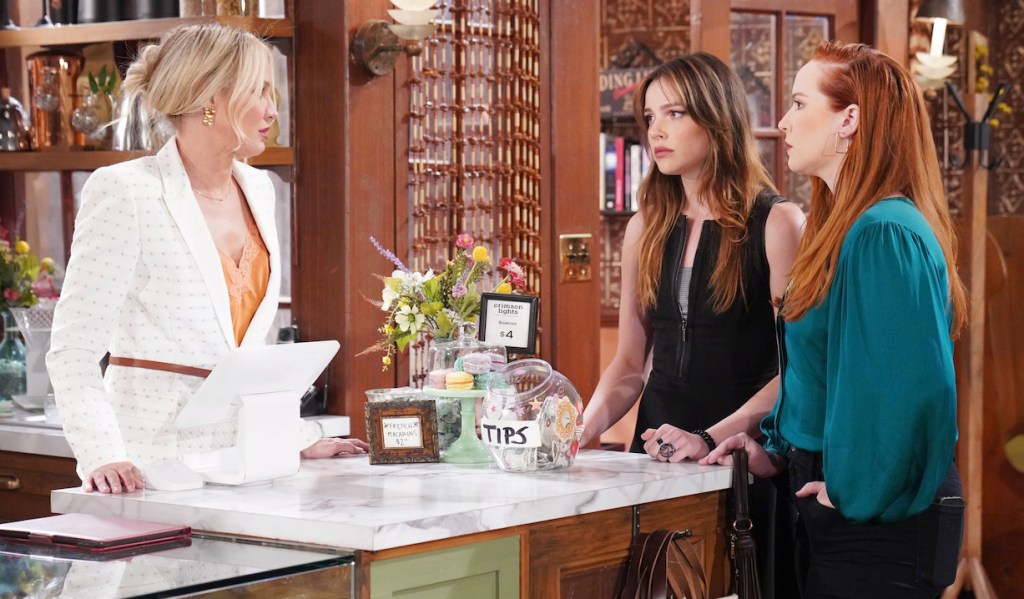 “A tip jar… seriously? You do know you’re rich, right?”

The Clues Stack Up

Already, we had guessed that St. John’s character was going to be Diane’s accomplice. It was just too big a coincidence for his hiring to coincide with the reveal that she had someone pulling strings on her behalf. What we didn’t immediately suspect, though — and we should’ve — was that he’d be Tucker. He and Diane have a past. They were lovers. Duh — it makes sense.

Plus, the show’s fall preview, you’ll recall, revealed that someone brings Ashley back to Genoa City for good — someone like perhaps her philandering former husband? Another story teased that Devon is recruiting a “familiar face” — like that of his father.

The face won’t be so familiar, of course, what with Tucker’s former portrayer, Stephen Nichols, being recast since he’s busy playing Steve on Days of Our Lives. But you get the idea. Why is this so good for Sharon, though? 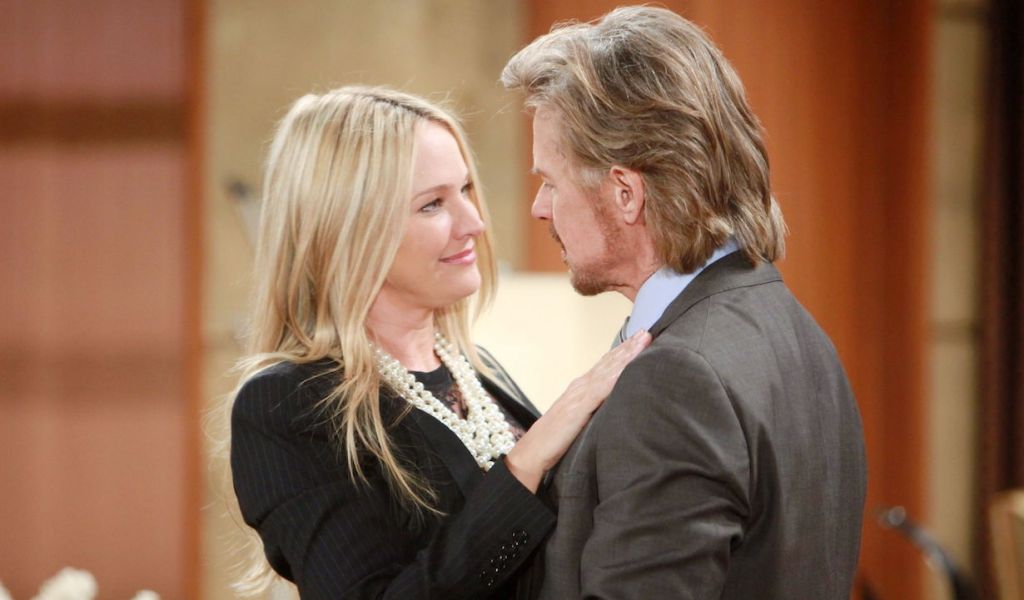 For Tucker, it was love (of money) at first sight.

Sharon and Tucker did not have what you’d call a “solid” relationship. After she got married to and was abandoned by Victor (don’t ask), Tucker swooped in, manipulating her not only into having an affair but into helping set him up to pull off some shady business dealings. True love, it wasn’t.

But Sharon has a forgiving heart, we all know. (Just ask Adam, with whom she’s on great terms despite the fact that he… Never mind. You know what we’re going to say!) If Tucker were to come back to Genoa City singing a chorus of Diane’s favorite song — “I’ve changed!” — Sharon might be persuaded to give him a second chance.

And let’s be real: You can totally see St. John and Case having killer chemistry, right? You could wear a blindfold, sunglasses and two cucumber slices over your eyes and still see it!

Check out our brand-new gallery of the most stunning images from Sharon’s years of photo shoots below. 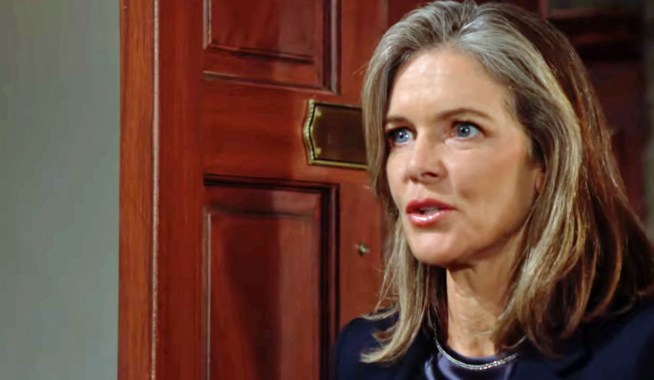 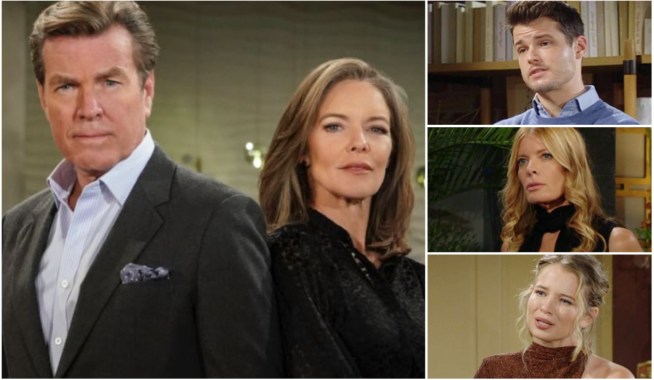