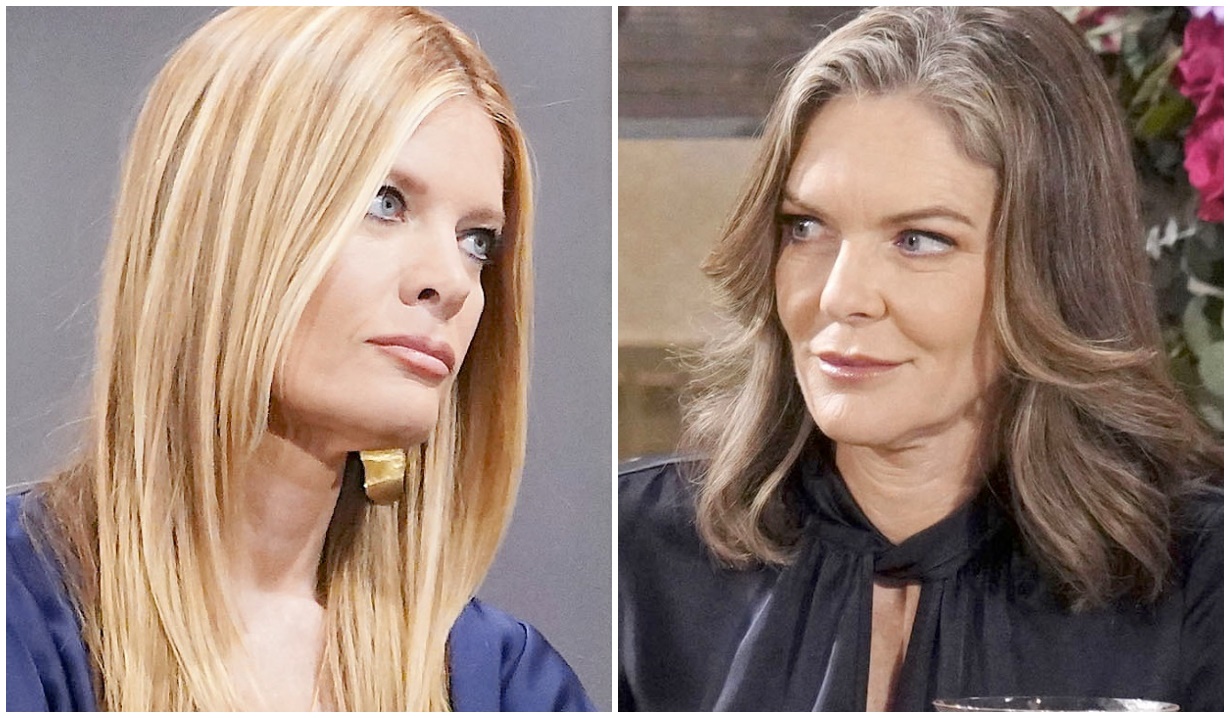 Is Genoa City’s most volatile redhead about to dig herself an even deeper hole?!?

Phyllis fell out of the frypan into the fire with Jack on Young & Restless when he caught her yelling at Diane in the park within earshot of Harrison, and things may be about to get even worse, if that’s possible, between the two!

Though Phyllis made a (sort of) valiant effort to call a ceasefire with Diane at Summer’s request, the gloves quickly came off again with a little prodding from Nikki, who is hellbent on running the woman she was accused of murdering out of town on a rail. At this point, Red’s making no bones about the fact that she loathes Diane and believes the woman to have an agenda.

Rather than wait for Diane to show her true colors, Phyllis entered into an alliance with Nikki and Ashley to help her along, with an eye to expediting her inevitable downfall.

With Ashley unavailable to meet, Nikki and Phyllis went ahead and concocted a plot to sabotage Diane at Marchetti, where she’s been hired by Kyle to do PR. The idea is to get Phyllis on the inside so she can wreak havoc with the woman’s job. The objective isn’t entirely clear, but we’re assuming it’s either to a) push Diane’s buttons so she’ll drop her facade and expose her true self, b) get her fired and have Kyle question if he can trust her, or c) both.

Phyllis wasted no time in approaching Summer and talking her into finding her a position at the fashion house, and her skeptical daughter was enthusiastically on board by the end of their conversation. That means it’s going to happen. Even if Kyle is opposed, we’re sure that the old adage “happy wife, happy life” will end up applying here and he’ll acquiesce.

That brings us to Young & Restless spoilers, which have Phyllis making a risky move this week. Now, this particular gamble may or may not be related to working at Marchetti, but will certainly play some kind of role in the overall plan to rid Genoa City of Diane, as it’s pretty much her sole focus at the mo’.

Red will undoubtedly have to do a little restructuring in order to go to work at Marchetti. Will she sell or lease the Grand Phoenix to Lily and Chancellor-Winters while she takes this little detour? That in and of itself would be a roll of the dice as she’d have nothing to go back to if this scheme doesn’t go as hoped.

Which is a distinct possibility. It’s a big risk Phyllis is taking.

Why? The potential for backfire is significant. Don’t believe us? Ask Ashley, who is certain to be hesitant about the idea of Phyllis sabotaging Diane at the workplace… which just happens to be owned by Jabot. Not only might there be blowback on the company if something goes awry, but there are other scenarios that would result in Phyllis only digging herself a deeper hole.

Diane’s going to realize what Phyllis is up to from the moment she hears she’s been hired. What if she turns the tables on Phyllis, who ends up in trouble at work, at odds with her alliance, and in even deeper ‘doo doo’ with Jack?

Phyllis might successfully set up Diane, but then have her role in it exposed after the fact. Again, this would be disastrous as it would make Diane appear as the victim and essentially play right into her hands as she’d have the sympathy of Kyle and Jack.

Phyllis will have made the entire situation worse if she’s caught purposely provoking Diane as it will validate the accusations they’ve already made to that effect. Worse, Phyllis will have compromised her relationship with her daughter and will have lost all credibility in trying to persuade anyone that Diane is a bad egg.

Unfortunately for Young & Restless’ most volatile hotelier, this is likely where it’s headed. Things are definitely going to have to hit bottom for Phyllis before Diane finally shows her true colors and pops off.

Is Phyllis’ plan to sabotage Diane at Marchetti a recipe for disaster?!? Weigh in using the comment section below.

Look back at Michelle Stafford’s hottest red carpet fashions in the photo gallery below. 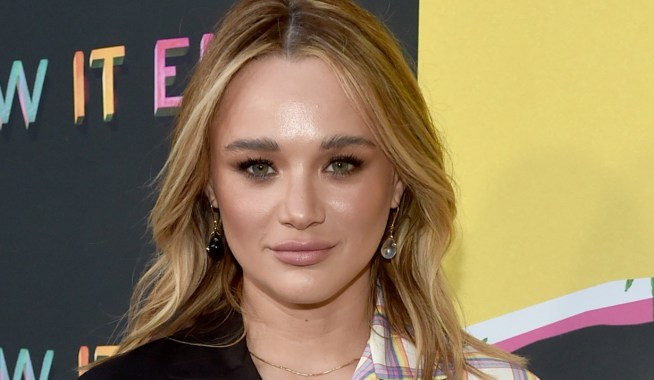 Young & Restless' Hunter King Shares the Beautiful Reason Why '23 Years Ago, My Life Got a Lot Better' 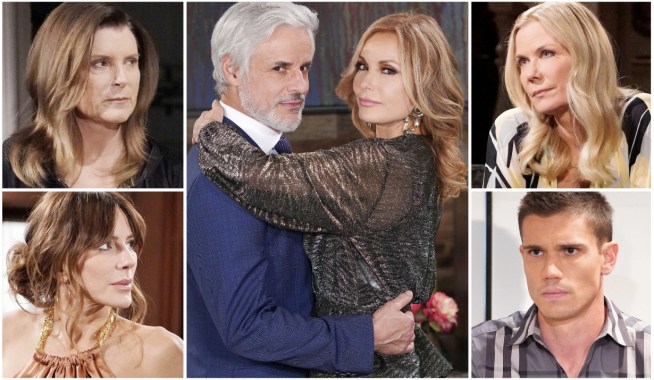