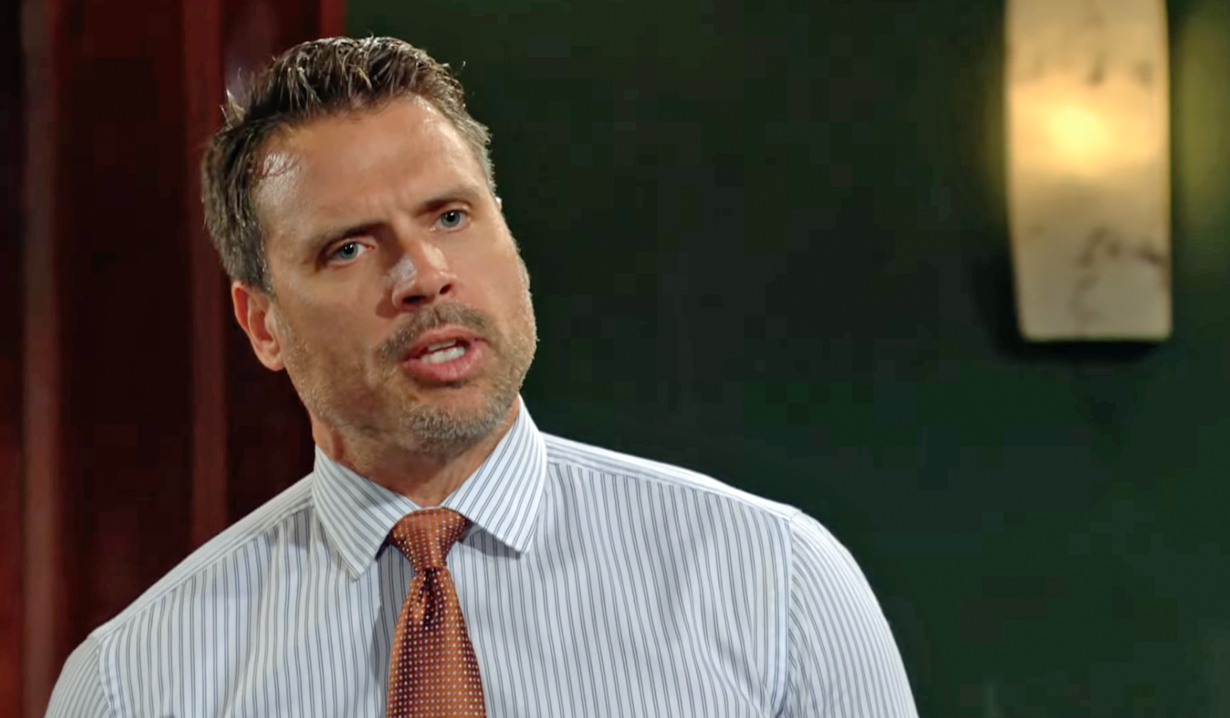 Adam taunts his father for getting exactly what he wanted.

In a Young & Restless preview for the week of August 1 – 5, Ashland may be dead, but questions about his demise still exist. Read what happens and watch the preview below.

Last week Nick intervened when Ashland put his hands on Victoria, and a physical altercation between them sent Ashland tumbling backward and striking his head on Victoria’s fireplace brickwork. Victoria couldn’t find a pulse as blood streamed from his head. The two stepped outside to discuss what to do, only to later discover Ashland’s body was gone!

The siblings called in Chance and told him everything that happened. Believing Ashland was still alive, the police began to search for him, only to find him dead in his car, which was found in a ravine. It appeared he may have taken his own life, but appearances can be deceiving.

In a preview of what’s to come, Adam taunts Victor that he got his happy ending, that he wanted Locke gone and now he’s gone. Adam notes, “But that was just a crazy coincidence, wasn’t it?”

Adam isn’t alone in questioning what really happened to Ashland. In another teaser video, even Chance suspects something amiss regarding Ashland’s death.

Nick also confronts Victor and knows he’s hiding something and asks him one more time to tell him what happened. Victor loses his temper and yells, “You think I give a damn that Ashland Locke is dead? No one cares about him, no one!”

Will Victor’s involvement in covering up Ashland’s death be exposed? Or could there be another twist yet to come?

Return to the Golden Age of General Hospital and Love in the Afternoon with the below photo gallery.