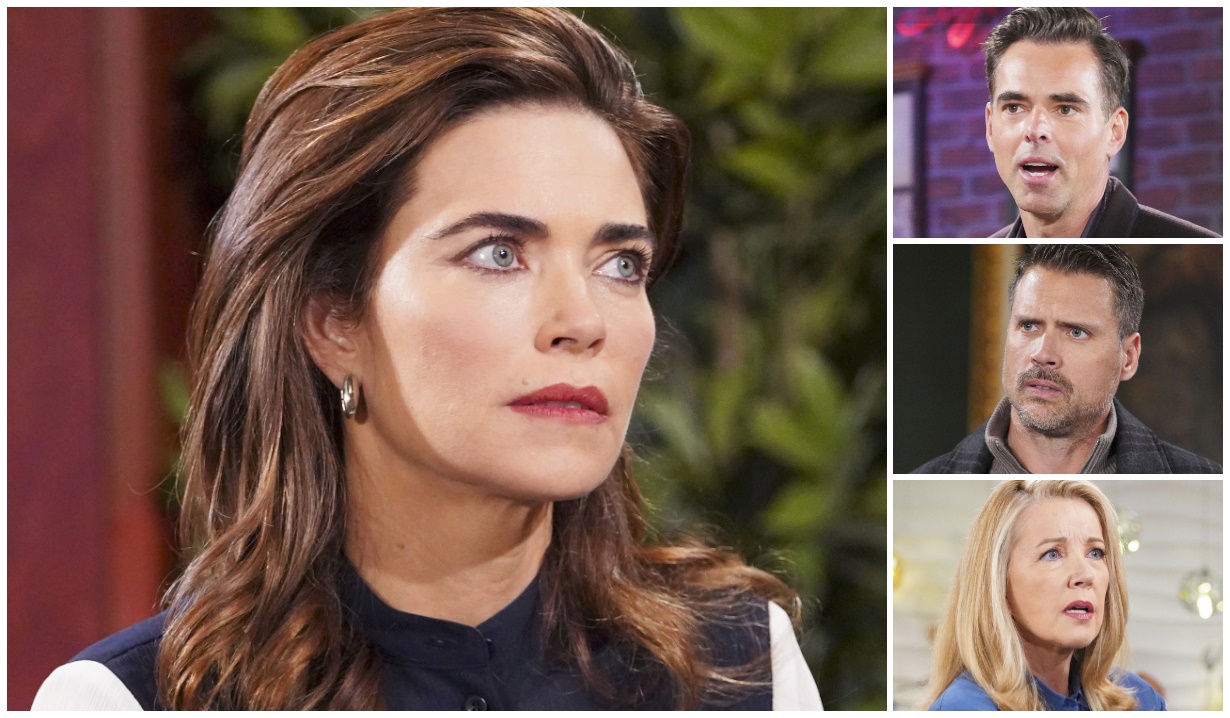 Bow to the queen: *This* move would certainly qualify as the “statement of a lifetime.”

After cutting ties almost completely with her family — and the family business — Young & Restless’ Victoria is set to make the ‘statement of a lifetime’ when she holds a press conference… presumably about her new venture. She alludes to taking revenge on those who have doubted her, and notes that everyone in the Newman clan has fallen into that category at one point or another. But who else might she have it in for?! We think we have an idea…

Backing up a bit, Victoria has relocated to New York with Ashland, where she’s been ensconced in a hotel with him and planning her next moves after walking away from Genoa City. She beams from ear-to-ear when they discuss their future, but we’ve started to wonder if those smiles are a little “pasted on” and if there’s a whole lot more going on there than meets the eye. After all, she’s not Victor Newman’s heir apparent for nothing.

Different times when Ashland and Victoria have been talking, her grin has dropped once his back is turned or he walks out of sight. That’s the first telltale sign that she’s up to something or has her own agenda she’s not sharing with him.

She also had a conversation with Ashland in which she alluded to always knowing what her father is going to do before he does it. Meaning that when she tipped Nick off as to her plans, she knew that word would get back to Victor, and is almost certainly anticipating what he’ll do to try and ruin them.

With that in mind, consider next that after a hopeful meeting with potential investors, Victoria suggested that she and Ashland use their own money to start up their new company rather than rely on others. He clouded over a tad at this, and pointed out that that would mean taking on all of the risk themselves. She was so enthusiastic, however, that he’s likely to be convinced.

A recent preview in SOD indicated that Victoria will ask Ashland to contribute $250 million to the venture. A figure that many will quickly realize has significance in that it is the exact amount of money that Locke has left over from the sum that Adam and Victor paid him after donating $250 million to Nick’s New Hope foundation in Rey’s name.

Ashland once played on Victoria’s sympathies and her feelings as a means of getting his hooks into Newman Enterprises… might she now be about to turn the tables?!

We get the feeling a big twist is afoot, and can only guess that Victoria will somehow dupe Ashland out of the $250 million her family gave him, either by using it to start up a company in her name only, or perhaps putting the company in his name only, knowing it will be squashed by Victor. Either way, she’d beat Locke at his own game and astound the Newman family members who “doubted” her and believed she was too weak in succumbing to her feelings for the man who deceived her. That would indeed be the “statement of a lifetime” — a big “screw you”, if you will, to all of them!

Young & Restless spoilers tease that Ashland will make a shocking discovery later this week and we think that will be the moment he realizes that Victoria has out-sharked (or Locke Ness Monstered) him in a way he never saw coming.

What of the “Ashtoria” relationship if all of this goes down as we suspect? It seems as though it would be over, and Ashland and Victoria would become instant enemies (setting them up to square off before falling hopelessly in love again), but knowing Ashland, he’s bound to be in awe of his wife and may simply fall even more deeply in love with her if she pulls this off.

More: Best and worst of the Daytime Emmys 2022

How do you think this will all play out? Do you want to see “Ashtoria” make it as a couple? Weigh in using the comment section below.

In case you missed it, these Young & Restless stars repped like rock stars in Monte Carlo. See the photos in the gallery below. 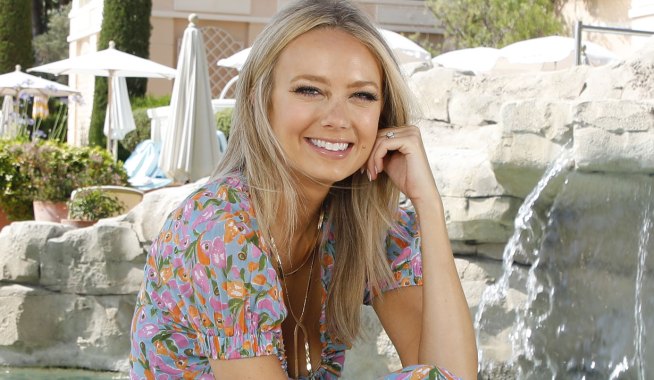 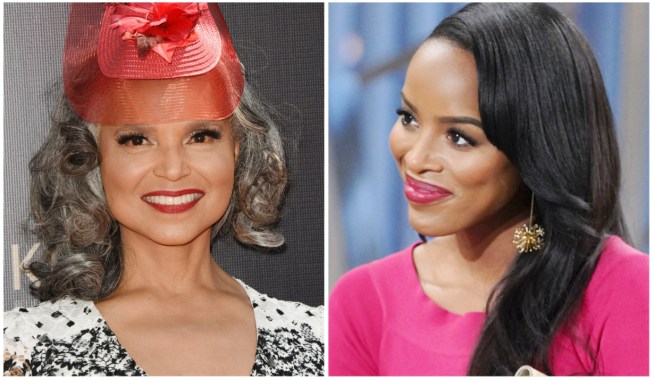