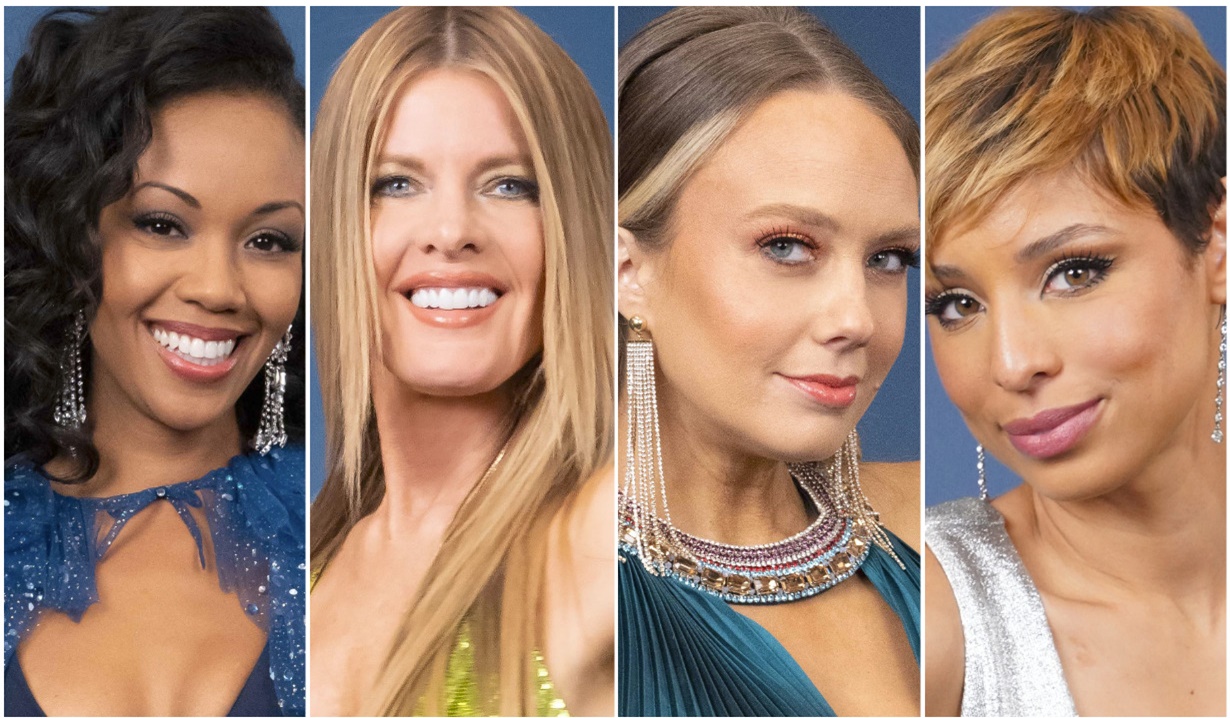 Hamming it up and hanging with the girls — candids from behind the scenes of Mariah and Tessa’s historical wedding, straight from the cast!

When a wedding is filmed on Young and Restless (or any other soap opera) it means long days on set for the cast. That said, there are fun aspects to the long days, including hanging with actors and actresses you don’t always share scenes with, fun between takes, and, in the case of Mariah and Tessa’s 1970s themed wedding — getting to dress up in funky fashions and goggle at the far-out set designs and props.

As at least one Young & Restless actress pointed out… it also means long days on your feet in potentially very uncomfortable shoes! Find out whose tootsies were glad to see the day’s end as you scroll through these gorgeous and goofy photos and videos from behind-the-scenes of “Teriah’s” landmark wedding…

Melissa Ordway (Abby) shared a close-up candid of her and Sharon Case that the Young & Restless account billed as “stunning.” We certainly don’t disagree!

Elizabeth Hendrickson (Chloe) held up her post as proof positive it had been “too long since we spent a couple of long days together on set.” She teased, “We had way too much fun.” She shared photos of herself behind the scenes, a tribute to the color of her dress, and a kinda skeery/goofy shot of Greg Rikaart (Kevin) hamming it up.

Michelle Stafford got in on the act and posted a shot of her — taken by Sean Dominic (Nate) — when her character Phyllis was watching another character crash the wedding. Which also had her gushing over the set design for the nuptials: “Amazing!”

Stafford also shared a peek into the wardrobe department during a fitting and all we can say is “Shoes, shoes, shoes!”

Finally, the star gave us a glimpse, courtesy of a video clip, of herself hanging out on the set with her character’s Young & Restless ex-husbands, Josh Morrow (Nick) and Peter Bergman (Jack).

Mishael Morgan (Amanda) shared a bunch of candid shots with various members of the cast including her onscreen love, Bryton James (Devon) and hanging out with the girls on those to-die-for orange sofas!

Greg Rikaart shared a fun photo of himself relaxing on one of the aforementioned orange loveseats — or should we say “chillaxing”? This is a 1970s theme after all.

Brytni Sarpy was “honored to be included in this historical moment for Young & Restless,” and elaborated that “these dimensional characters and inclusive storylines keep pushing the world forward.”

She shared a series of groovy and definitely off-the-hook candid shots posing with various cast members, and a nice shot of some of the 70s footwear the characters wore, while expressing that she was “so relieved my feet aren’t in those heels anymore” in the last slide.

Last, but certainly not least, one of Young & Restless’ newest cast members, Kelsey Wang (Allie) took to Instagram to share a dressing room selfie wearing her disco-era dress and a video of the wedding set — and the flower power themed food and wedding cake in particular. Check it out! 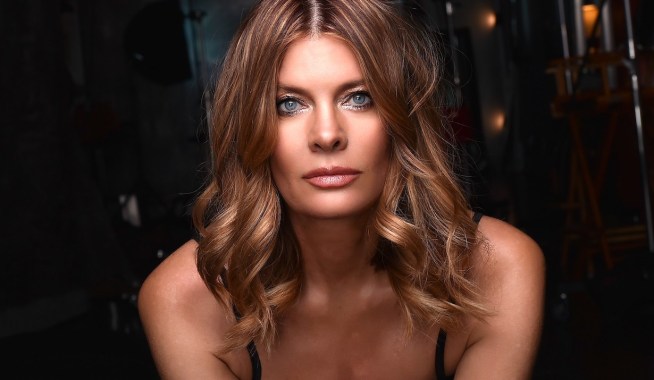 Young & Restless' Bryton James Shares Then-and-Now Photos With Greg Rikaart That Were — Can This Be Right?!? — 18 Years and One Month in the Making 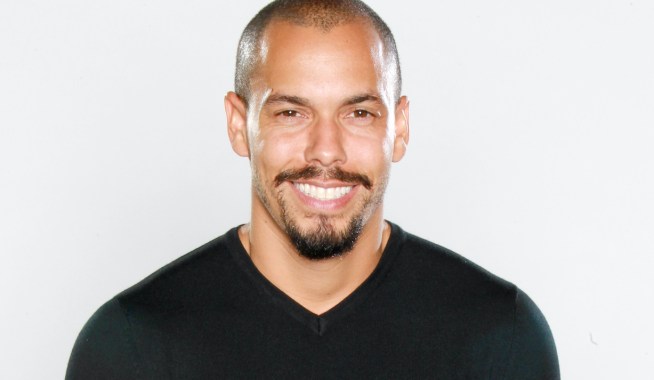