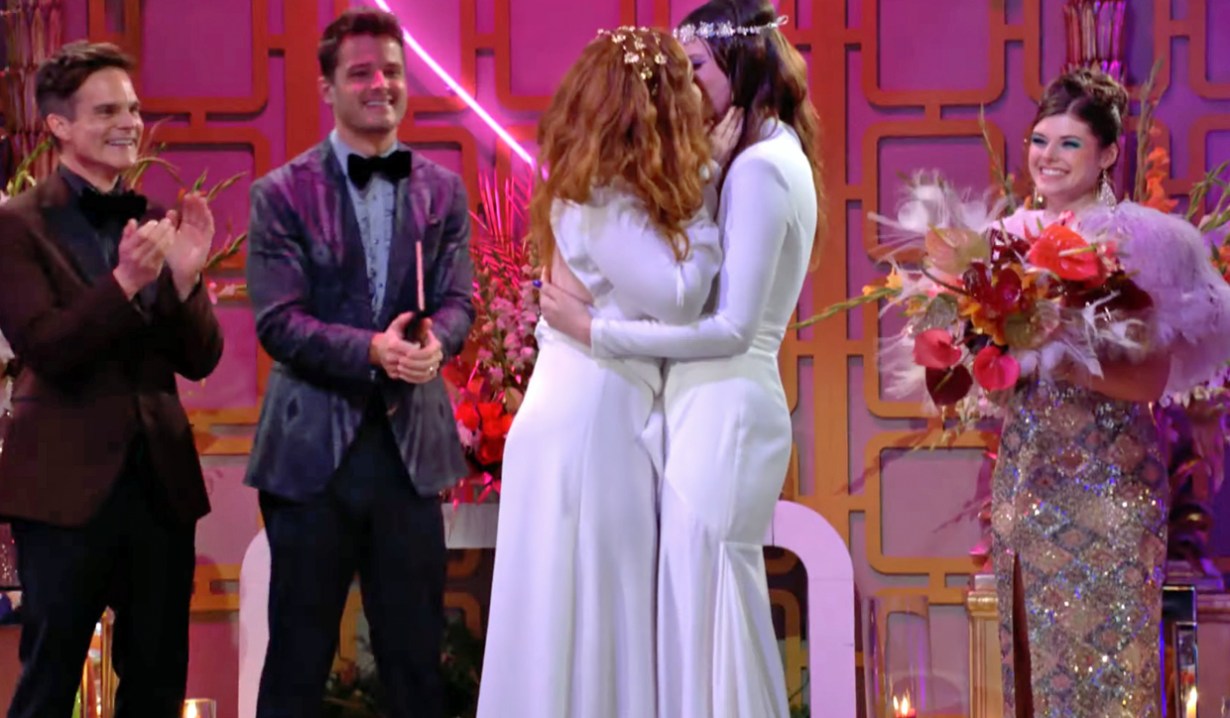 Here come the brides as Tessa and Mariah say, “I do.”

In a Young & Restless preview for the week of May 16 – 20, Genoa City gathers for a wedding. Read what happens and watch the preview below.

After Kyle told Mariah he was planning to return to Milan to speak with Summer about his mother’s return from the dead, Mariah hoped he would delay his return for just a short while. She not only wanted him at her wedding but asked him to officiate it. Kyle eventually agreed. And as it happens, he doesn’t need to go to Milan because his wife comes home! Watch a second preview in which Summer returns and meets Allie.

The wedding planning provided a much-needed distraction for Sharon, who was still in mourning over the loss of Rey. The seventies-themed wedding is sure to be one groovy extravaganza that fans of Teriah won’t want to miss! Amanda, Devon, Nate and Elena definitely dig the funky vibes, and even Faith gets in on the disco era.

As the event begins, Nick walks Mariah down the aisle, as Sharon escorts Tessa to the altar. Mariah says she is so grateful to have Tessa in her life, while Tessa says everything she’s learned about love is because of Mariah.

Kyle officiates the ceremony as promised, and the brides kiss as Kevin and Crystal watch and applaud. Per customer, the two share their first dance as spouses, and then jointly throw the bouquet. Who catches it? It appears it’s none other than unlucky-in-love Jack! Perhaps this means things will turn around for him. Could this be the beginning of another chance with Phyllis? 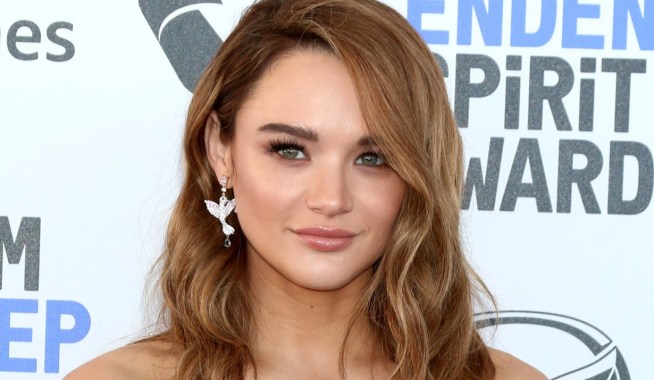 Young & Restless' Eric Braeden Reveals the Scene That He Was Afraid Was Going to Kill Him: 'I Was Scared [Bleepless]’