Young & Restless’ Melissa Ordway Shares What She’s Sweetly Doing for Her Little Girls That She Never Dreamed She Would — Plus, Um, About That Helmet… 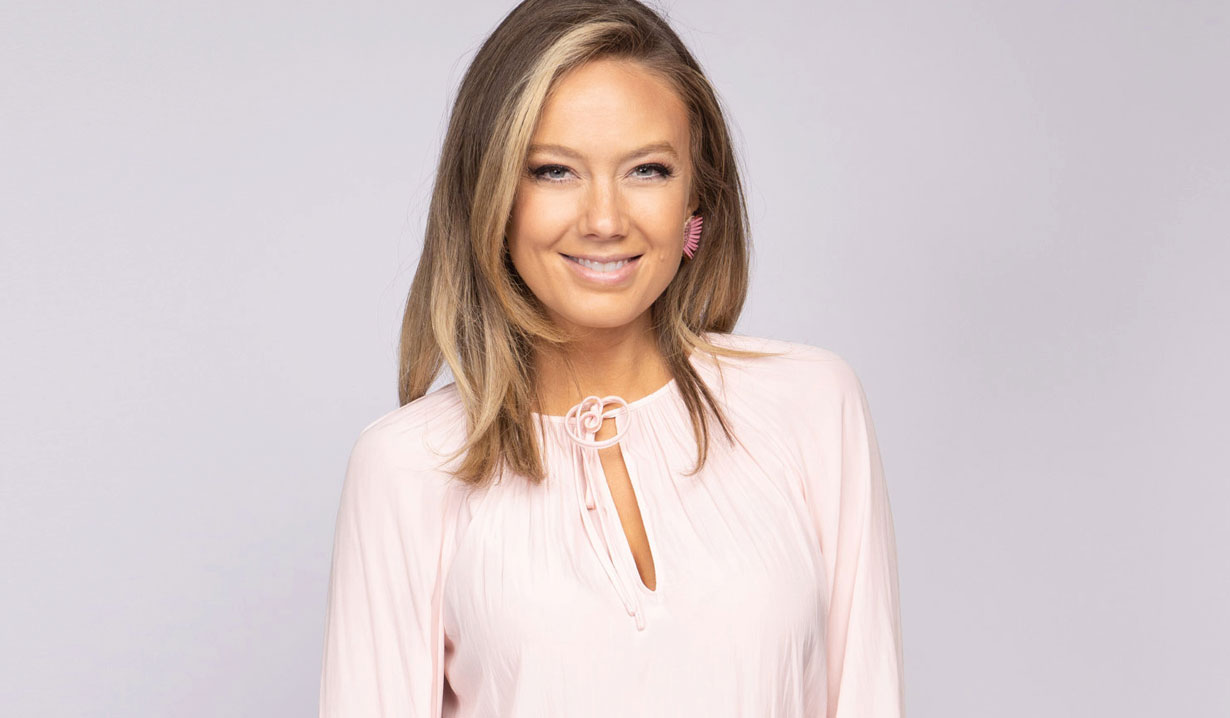 The things we do for love.

The Young and the Restless actress Melissa Ordway (Abby) not only shared a memory from her childhood with fans but also showed everyone how she’s taken one for the team, if you will, which included joining in on a fun sing-along to “Take Me Out to the Ballgame!” On Tuesday, April 19, Ordway, her husband Justin Gaston (ex-Chance) and their daughters Olivia and Sophie attended a baseball game at Dodgers Stadium, where the Los Angeles Dodgers were playing the Atlanta Braves.

“Growing up in Atlanta, I was always a big Braves fan,” she shared. “I remember my dad taking me to lots of games and those memories are so special to me.” She went on to say how much she and Gaston love taking the girls to games and eating Dodger Dogs and Dippin’ Dots, “even when Sophie steals my flavor,” as well as “nachos out of a helmet.” Having always been a Braves fan, Ordway admitted, “I never thought I’d be cheering for the Dodgers, but I do it for my L.A. babies.”

Those who watched the game know that the Braves came out on top with a 3 to 1 score over the Dodgers… so, how do you think Ordway reacted to that? “I did quietly get excited when the Braves won,” she expressed.

However, she will always remember the voices of her little ones chanting, “Let’s go Dodgers,” and the helmet pictured on Sophie’s head — the same one their nachos came in!

Have a look — and a listen!

<p><em>Bold & Beautiful</em> is the perfect description for the family of Finn and Caitlin’s former portrayers, shot here in 2021 with their firstborn, daughter Poppy. On second thought, maybe “shot” was a poor choice of words, considering the way Steffy’s husband was written off.</p>

<p>Back in 2003 — long before he declared that he was probably done at <em>The Young and the Restless —</em> Paul’s portrayer escorted down the Emmy red carpet Caden and Calyssa, his kids with wife and former castmate Cindy Fisher (ex-Rebecca).</p>

<p>The actor behind <em>Bold & Beautiful</em> baddie Deacon put his honey where his mouth was, planting a kiss on the cheek of his baby girl Simone during a 2009 father/daughter outing.</p>

<p>Oh, these two are more than <em>Friends</em>, they’re family. The <em>Days of Our Lives</em> icon, who plays Victor, is the father of Hollywood superstar Jennifer Aniston, with whom he’s pictured here in 2012. He also has a son, Alexander, with his second wife, Sherry Rooney, whom he met when they were castmates on <em>Love of Life.</em></p>

<p>Almost a decade after this picture was taken of<em> Days of Our Lives</em>’ Kristen (and Susan, for that matter), daughter Sophia, by then a grown woman and rising star, guested on the show as the masseuse whose appearance at Xander’s door made the audience gasp, “What’s going on here?”</p>

<p>On hand when the <em>Young & Restless</em> legend celebrated her 35th anniversary as Nikki in 2014 were daughters Alexandra Yeaggy (from her previous marriage) and Elizabeth Scott (from her union with<em> Bold & Beautiful</em> producer Ed Scott), and stepdaughter Jennifer Scott.</p>

<p>We definitely give these shots from 2018 a big thumbs-up, too, boys! Levi and Jackson — the <em>General Hospital</em> actress’ sons with Don Money — clearly know that picture-taking is <em>ultra</em>-serious business. (Missing from this photo: Dakota, the daughter of Lulu’s portrayer, who would’ve been about a year old at the time.)</p>