As Young & Restless’ Lauren Is Faced With the Unthinkable, Will She Have to Say Goodbye to Michael? 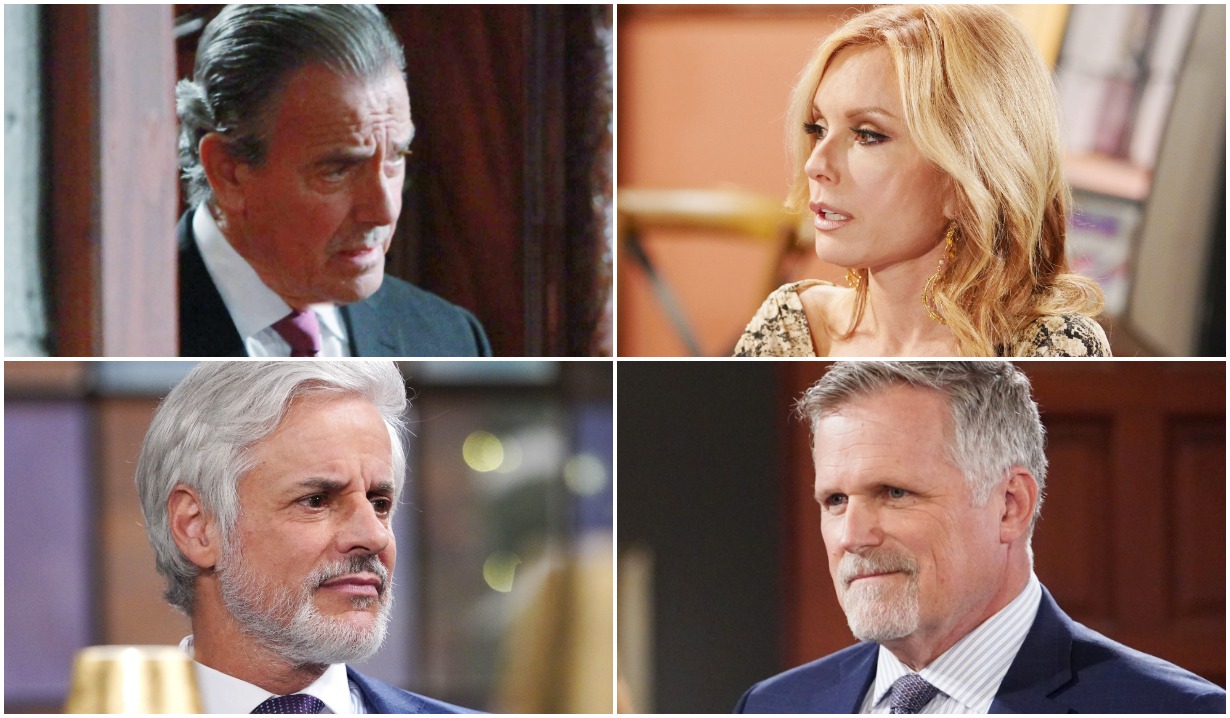 The worst may have already happened.

Back when The Young and the Restless’ Michael and Lauren first hooked up years ago, the pairing took nearly everyone by surprise — including, Tracey E. Bregman, told Soaps.com, her character!

“Lauren didn’t see Michael coming,” she recalled, “because it was all wrapped around Kevin being obsessed with her. She and Michael became friendly because they were trying to help Kevin, and then they had this affair.”

That initial “affair” started with a bit of danger, so it makes a kind of sense that their relationship may just have come full circle  but with the stakes even higher than before! Of course, danger and drama is an actor’s dream, but it’s also a character’s worst nightmare.

After reflecting on their origins, Bregman pondered over storyline possibilities for the couple, saying, “I think there’s a lot of things that we could do together. There could be a family caper or a mystery, or something happens to one of us, even if it’s business.”

Well, it seems like the actress may have gotten what she’d hoped for — but like the infamous monkey’s paw wishes, it may have come true in the worst possible way!

Something has happened to Michael, and it is tied to business! He went back to work for Victor digging up the truth about Ashland and now he’s vanished in Peru! Is he just stuck in “deep cover,” as it were, or is he in grave danger? Worse, could the danger be over… because he’s already dead? 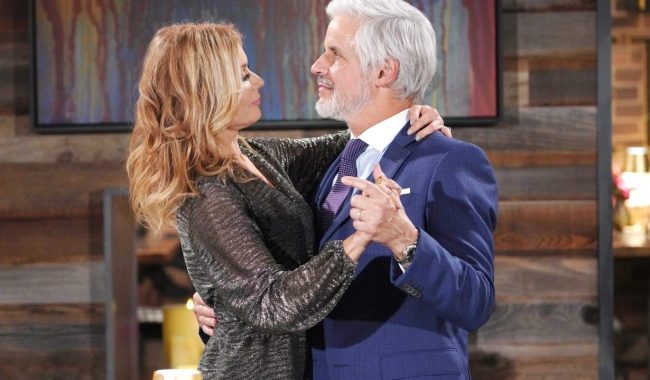 Above: Could this be one of their last happy memories?

He went straight to the heart of Ashland’s lies, after all, and as we’ve been learning more and more, Victoria’s husband is a very dangerous, very powerful man. He’s put a lot of effort into this long con to get revenge on Victor. If he discovered that Michael’s been sticking his nose where it doesn’t belong and mucking all these well-laid plans up, we can’t imagine his fury.

The thing is, about all Lauren knows is that he went to work for Victor and disappeared. She’s starting to panic without even knowing the depth of the danger her husband faces. But she does know who’s responsible and today’s spoilers indicate that Lauren’s worry over Michael is ratcheting up enough for her to confront her husband’s boss himself.

Lauren, Bregman told Soap Opera Digest in their most recent issue, wasn’t thrilled about Michael working for The Mustache again. But “she never thought it would lead to jeopardizing Michael’s safety. Lauren is upset that her concerns about Michael’s disappearance are not taken seriously. Victor does his best to convince Lauren that everything is under control, but Victor’s calm demeanor upsets her even more.”

And of course, Victor is calm. That’s what he does — at least in so far as what he lets others see. Because underneath that, even he’s worried enough about Michael to, as Bregman explained to Digest “pull out all of the stops to locate” him. And if The Mustache is that concerned, we know Michael’s in real danger.

When two titans like Victor and Ashland do battle, it’s often the little people who end up as casualties. Before this is over, Lauren may have to face the unthinkable: Life without Michael.

What do you think? Is Michael busy trying to avoid real danger? Or has something horrible already happened to keep him from Lauren? Share your thoughts below, then stick around to check out a gallery of Lauren’s life, stretching all the way back to her first appearance nearly 40 years ago. Michael hasn’t been the only man she’s loved, and if the worst were to happen, we’re sure he wouldn’t be the last! (Sorry, Michael!)

As Young & Restless' Michelle Stafford Dazzles the Internet With a Photo of Her Daughter, She Puts Creepers on Blast: 'You're Going to Have to Deal With Me' 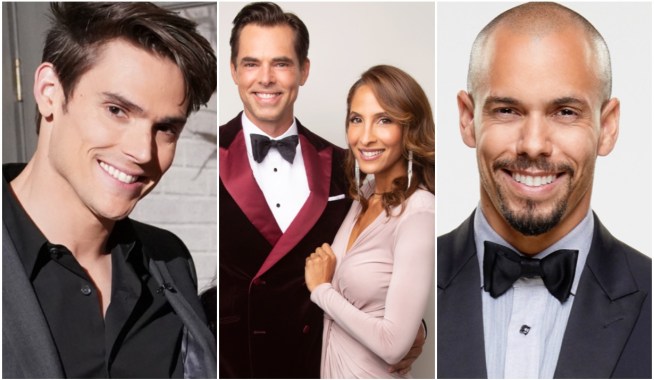