The Young and the Restless’ Nick Is Due for a New Romance… But *Not* With Any of His Exes — Sorry, Ladies! 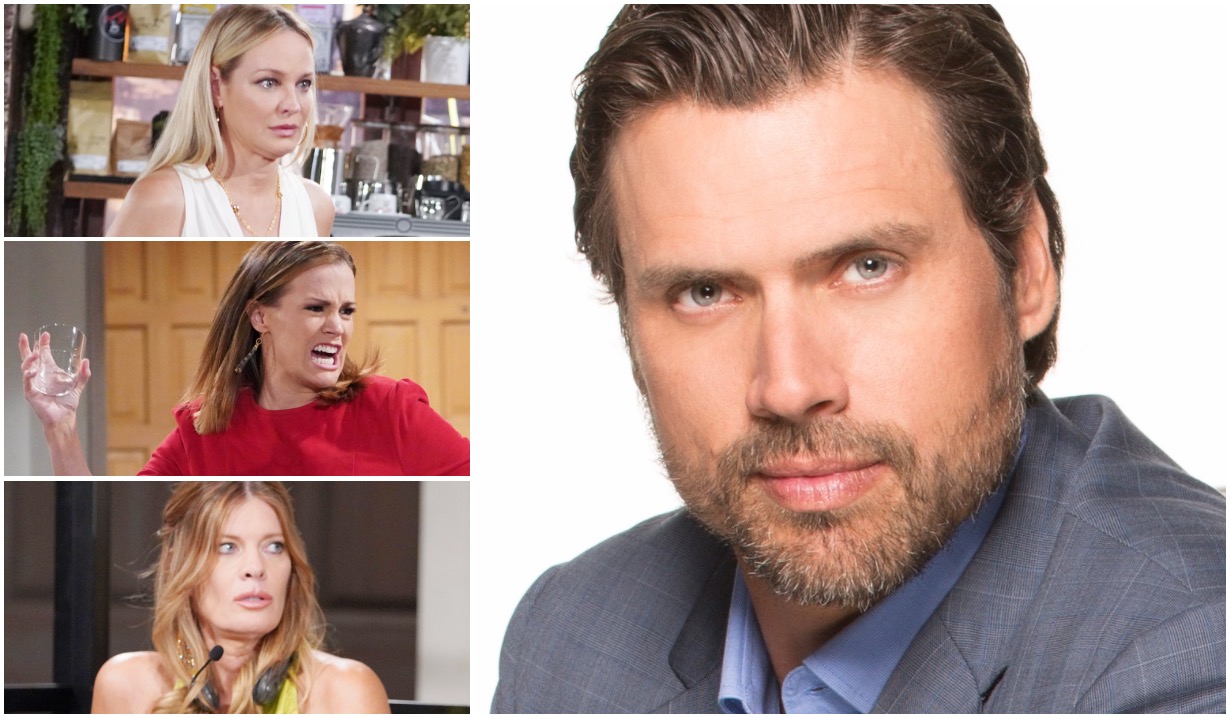 When Cupid takes aim in less than a month, the single guy should find himself in the crosshairs. Wait, do bows have crosshairs? Never mind…

After The Young and the Restless had Nick reevaluate his life in search of a new direction, we had high hopes that he might actually find one. [Checks watch. Checks calendar. Sighs. Check, please.] Still waiting.

But what Phyllis and Sharon and Chelsea’s ex really needs is obvious: a new love interest. And we do mean new. Joshua Morrow is a sparks-throwing chemistry factory and an on-screen flirt who is second to none. So rather than replay (or re-replay) one of Nick’s past romances, we’d turn him loose on a relationship that doesn’t come with years and years of baggage already built in. We’d point him toward something — and someone — fresh and fun.

Our pick? Well, our first choice would be Sally, given how frisky her past interaction with Nick was. At the time, we were hoping for a Phyllis/Nick/Sally triangle, but the show threw cold water on that explosive possibility. See illustration below. 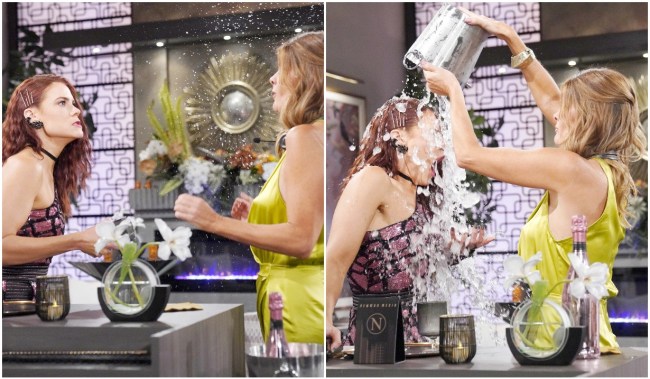 Our second pick would be Mac, Katherine’s granddaughter, Billy’s ex and a woman with whom Nick shares no history whatsoever. Imagine it: After the [bleep]show that was her split from J.T., Mac returns to Genoa City to start over. She and Nick cross paths at an event that neither of them really wants to be attending, and suddenly, they find that they’re having fun. 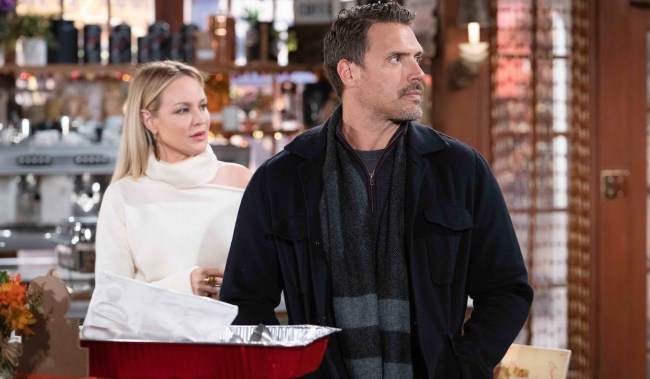 “I’ve gotta hand it to you,” she teases as the evening winds down. “You took a night I was sure was going to be terrible and made it just, you know… meh.”

“You don’t know me very well,” he jokes right back, “but that’s one of my specialties. Should we maybe, uh, see if we can keep this ‘meh’ night going a little longer?”

More: Nick’s life and so, so many loves [PHOTOS]

Mac smiles the kind of smile that’s reserved for when you feel like someone has read your mind. “That’s an offer that’s hard to resist,” she admits. “But I’m not looking for anything serious.”

“No problem,” she decides, adding as she takes a last sip of her champagne, “Here goes nothing.” 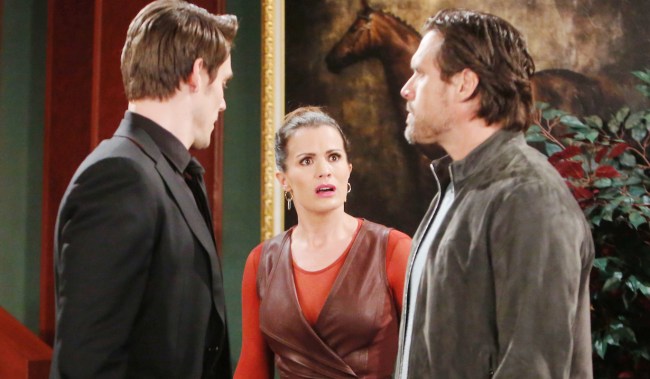 Above: “Wait, neither of you are fighting over me? What isn’t wrong with this picture?!?”

Much Ado About ‘Nothing’

Only, of course, nothing would soon turn into something indeed. Determined not to get tangled up in yet another messy relationship, Nick and Mac would turn to one another over and over again. “You are doing me such a huge favor,” he tells her.

“I did you a huge favor last night,” she cracks. 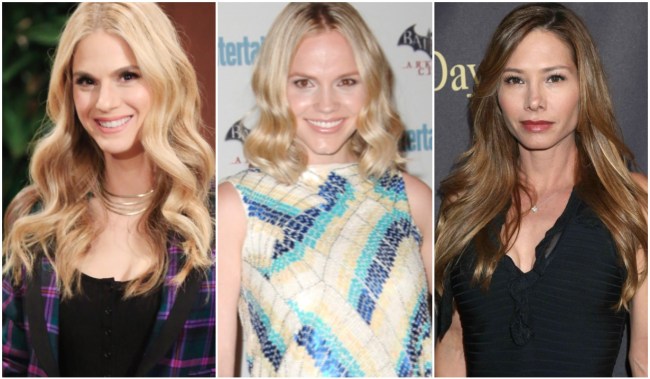 Above: Kelly Kruger could reprise her role… or if a recast is needed, Mac could start to look like Alexa Havins (once All My Children’s Babe) or Sarah Brown (the Emmy winner who first played Carly on General Hospital).

They’re falling in love and reluctant to confess it for fear that it will upset the dynamic that has kept their affair so easygoing and steady. But if they never share what they’re feeling, they risk losing one another to any of a number of old flames that are always threatening to be reheated. Who’ll crack first and admit that they want strings? Hit the comments with your best guess — and if you have a better idea for a new love for Nick, drop it there as well. And while you’re here, celebrate Tracey E. Bregman’s anniversary as Lauren with the below photo gallery full of memories. 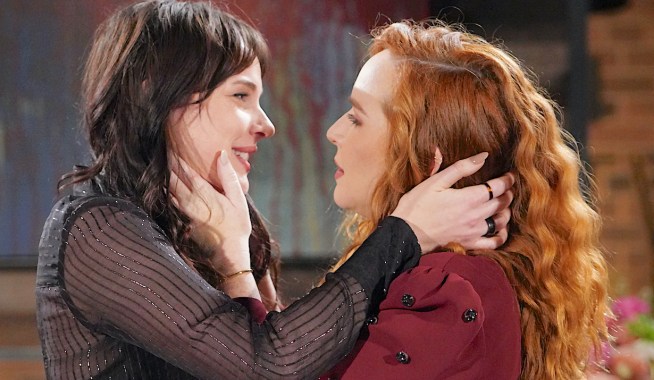 After Young & Restless' 'Teriah' Get Engaged, Leading Lady Looks to the Future: 'There's More to Them Than Their Relationship' — Plus, the Couple's Love Story in Photos

Young & Restless Preview: Victor's Latest Moves Have Adam Questioning His Future at Newman Media — and Michael Zeroes In on Ashland 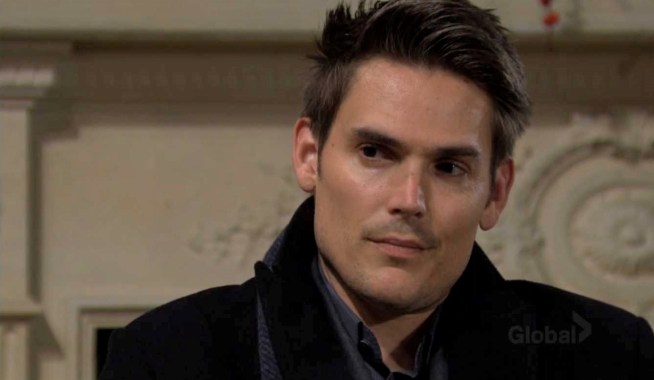