Young & Restless Fans’ Theories About the Ashland Switcheroo Are So Brilliantly Bonkers, We Wish They Were Right… Wait, *Could* They Be Right?!? 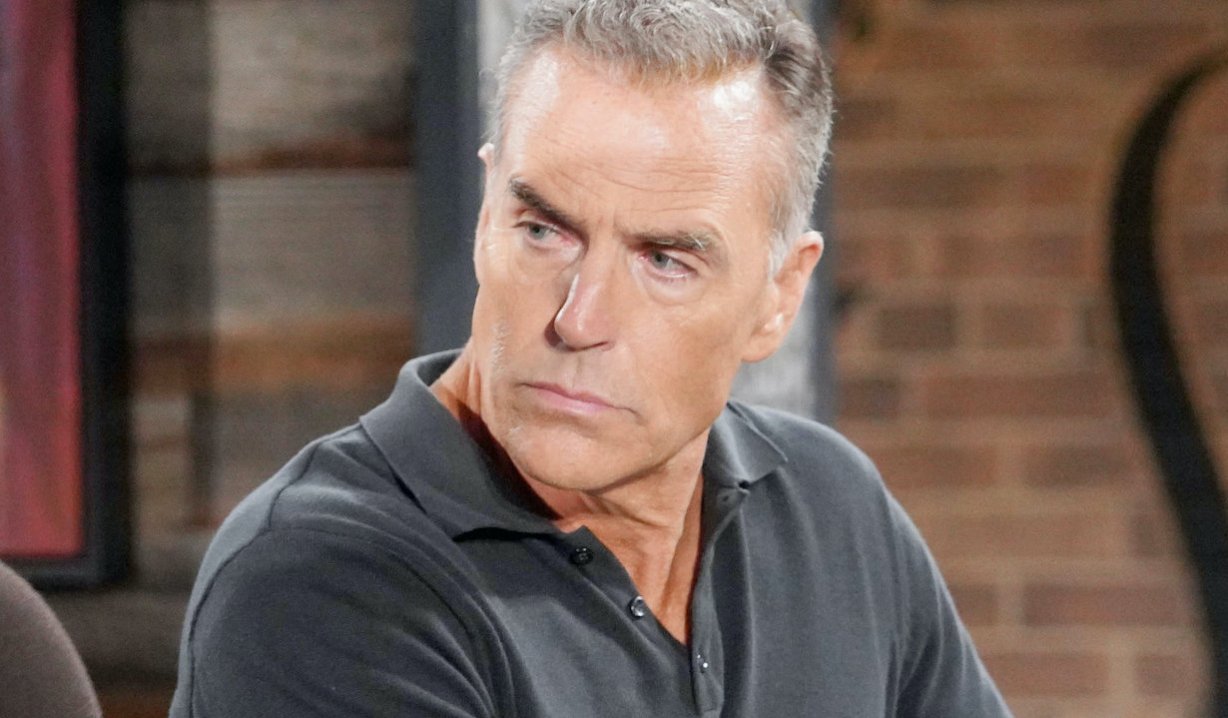 Have we been conned all this time?

When Richard Burgi took to Instagram to announce that he was leaving as The Young and the Restless‘ Ashland Locke, everyone was stunned — and looking for someone the blame. Despite all odds, in less than a year, fans fell in love with the questionable business titan and doubly in love with the Victoria pairing that gave us “Ashtoria.” And now he was leaving?

Then, just a couple days later, the other shoe dropped. Robert Newman would be replacing Burgi as Ashland. Guiding Light‘s Josh would be taking over? It’s no exaggeration to say that got a definite “Wow,” out of us.

But what if we’re getting this all wrong? What if the truth is even more brilliantly shocking? Some fans have been taking to social media to share a theory about what’s really going on, and we have to admit… we kind of love it.

“Just a thought, and this might be a far-out idea,” Sylvie Delaquis tweeted. “Maybe he will play the real Ashland who did not die in the crash, and Richard Burgi played the fake Ashland…”

Just a thought and this might be a far out idea
May be he will play the real Ashland who did not kill in the car crash and RB played the fake Ashland….

Whoa. Though it’s actually not that far out when you think about it. It was something of a shock when we learned that Ashland was actually some guy with the much less exciting name of Bobby DeFranco who adopted his friend’s identity after he died in a car crash. Allegedly. We all know that in the soap world if there’s no body, there’s not much chance of an actual death.

OK, granted, there was a body, but it was burned so badly, authorities misidentified it as Bobby’s. So it’s not much more of a stretch to think it could be someone else’s entirely. At the same time, fake Ashland could have simply lied about what happened. He says he didn’t find a pulse and left his friend to burn up, but Victoria’s husband isn’t exactly someone super trustworthy. Lying is pretty much a part of his DNA after living another man’s life for over four decades or so. 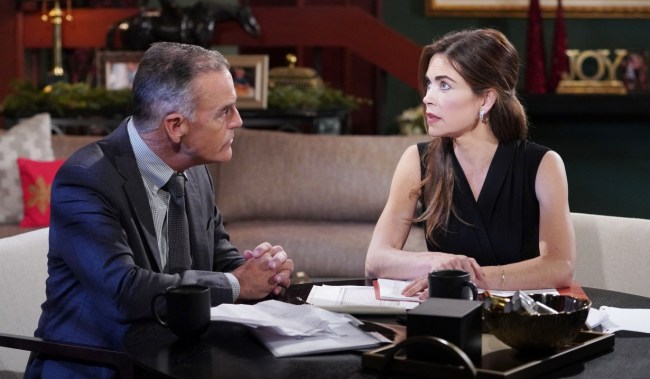 Above: “Okay, what’s your big secret this time, ‘Ashland?'”

More: Just after her birthday, Camryn Grimes is on cloud nine

We all know that he’s got a big secret that’s about to come out, and fans have been assuming it’s that the whole dying thing was a sham. But what if it wasn’t? What if it’s that the real Ashland is still out there somewhere? Richard Burgi’s version then dies, and Robert Newman’s original Ashland shows up to reclaim his life.

Or maybe this Ashland is lying about dying and the real one shows up to boot him anyway. Maybe he’d been biding his time, waiting for his childhood friend to die so he can reclaim his life. And when Burgi’s Ashland doesn’t survive, he gets fed up and comes to Genoa City anyway. It would be a brilliant bit of misdirection.

The fans certainly seem torn on the casting news. “Ashtoria” and Burgi ended up being fan faves and viewers are sad to see him go. But they’re also excited about the Guiding Light alum taking over as Ashland.

“I adored RB as Ashland and hated to see him go,” LisaFaye Miller tweeted. “That said, I love Robert Newman and it will be great to be able to watch him again!”

I adored RB as Ashland and hated to see him go. That said, I LOVE Robert Newman and it will be great to be able to watch him again!

Another fan went on a bit of a rollercoaster ride of emotions that sounded like a blast.

“Took me exactly 9 minutes to go from unsure to extremely excited about Robert Newman coming on as the new Ashland,” she wrote. “It was a wild ride!”

Took me exactly 9 minutes to go from unsure to extremely excited about Robert Newman coming on as the new Ashland. It was a wild ride! #yr

Stephanie, meanwhile, replied with excitement and a healthy dose of skepticism

Robert Newman is the new Ashland?! Damn I have to really watch #YR now…though hard to picture him married to Victoria

Fair enough, but when the last two fans mention the “new Ashland,” we’re back to wondering if maybe she should have tweeted the “original Ashland.” And if that would be the case, he actually wouldn’t be married to Victoria!

More: Young & Restless gave us exactly what we wanted for once

This theory seems to have popped up here and there online, but right now a theory is all it is. We likely won’t know much more until the switch from Burgi to Newman happens — which, frankly, is just what Young & Restless should do to keep us guessing and the excitement going. It’s certainly giving us all a reason to tune in!

While you’re here and taking in the news of the recast (or is it?), why not take a look at some photos of characters who we guarantee can never and will never be recast. Ashland, you’ll notice, did not make it.