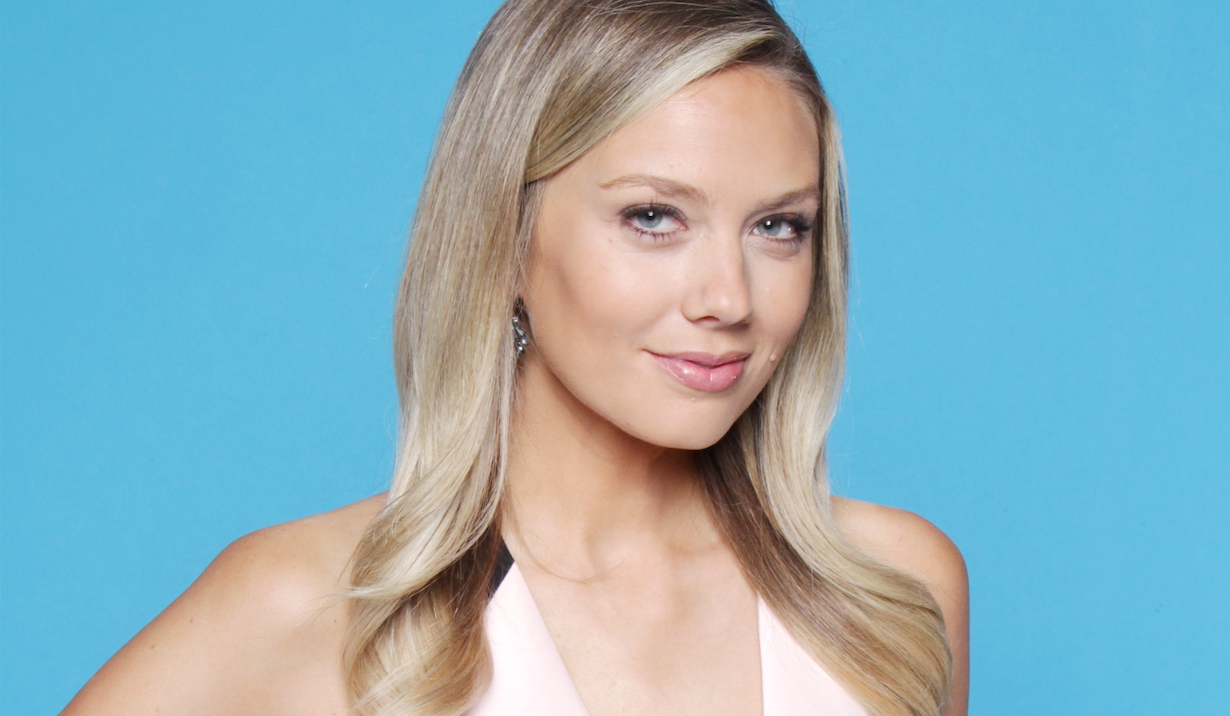 If you follow The Young and the Restless star Melissa Ordway (Abby) on social media, you know that she and husband Justin Gaston have two of the most adorable daughters on the planet. And while it seems as if they were babies just yesterday, the reality is that Sophie turned four last month, and Olivia is already halfway to her sixth birthday. As a result, Mom says that the girls are “definitely becoming their own little people, and that means they’re starting to have opinions.”

In other words, while they still love to dress up and get their picture taken, the budding fashionistas are taking more editorial control of their improvised photoshoots. “They used to let me pick out all of their clothes and dress them,”  Ordway says with a sigh familiar to every parent on the planet, “but now they’re like, ‘No, I’m picking what I want to wear.’ They’re very strong-willed and independent!”

More: Eric Braeden… dancing? You have to see this!

Of late, Olivia has taken things even further. “It depends on the day, but sometimes, she’ll say, ‘I’m not posing for pictures, I want to take the pictures.'”

Being ever resourceful, however, Ordway has figured out various ways to bend the tots to her will. “Sometimes, there’s bribery involved if I’m being completely honest,” she says with an infectious laugh. “I’ve been known to use Hershey’s Kisses as a bargaining tool!”

More: Watch Sophie grow up before your eyes!

Even while admitting that “it’s not quite as easy as it used to be,” Ordway says one thing has remained unchanging, and that is the support of her spouse. “Justin is amazing,” she raves. “I literally could not do what I do without him by my side. He’s the best partner I could ever imagine going through life with. No matter what comes up, we figure it out and make it work.

“Somehow,” she adds with a smile and a shrug, “it all comes together!”

We’re already starting to feel just the teensy-tiniest bit jealous, so why not crank it up a notch by taking a look at the gallery below which traces every step of Ordway’s picture-perfect union, from her first meeting with Justin to that time the real-life marrieds got to tie the knot for reel.

<p>Before Melissa Ordway and Justin Gaston had even been in the same room together, she knew who he was, thanks to her mom. Back in 2010, she “called and said, ‘Watch <em>American Idol</em>,”” the actress told <em><a href="https://www.soapoperadigest.com/content/yrs-justin-gaston-and-melissa-ordway-guest-on-digests-podcast/" target="_blank">Dishing With Digest</a></em> in 2010. “‘There is the most beautiful man ever performing!’” That man? Of course it was Gaston, who had gone from modeling skivvies for International Jock to appearing on talent shows like <em>American Idol</em>,<em> If I Can Dream</em> and <em>Nashville Star</em> (pictured).</p>

<p>Ordway and Gaston finally crossed paths a year later, when they auditioned for the thriller <em>Escapee</em> starring <em>Prison Break</em>’s Dominic Purcell. After awkwardly introducing herself to her future husband, “we did the screen test” together, she told <a href="https://www.soapoperadigest.com/content/yrs-justin-gaston-and-melissa-ordway-guest-on-digests-podcast/" target="_blank"><em>Soap Opera Digest</em></a>. Not only did they both get cast, they “were inseparable ever since.” Not that Ordway made it easy for Gaston.</p>

<p>While working on the movie, Gaston asked Ordway to join him for coffee after a big cast dinner. And she said yes. But… “Well, I invited the whole cast,” she admitted to <em>Digest</em>, “‘cause I got nervous.” Who could blame her, though? Besides being exceptionally easy on the eyes, “he smelled so good in the audition,” she recalled.</p>

<p>When Ordway and Gaston tied the knot on September 22, 2012, there was just the teensiest hitch: “We forget to pack his tux pants,” Ordway told <em>Digest</em>. If their neighbors hadn’t been able to bring him the right slacks, the couple’s metaphorical britches could have ended up in a bunch. Their only other option was to have the groom wear a pair of sorta parachute pants that his brother-in-law kept suggesting. (By the way, this is actually Ordway as Abby at her and Stitch’s wedding, in case the gown looks familiar.)</p>

<p>Within a year of one another, Ordway and Gaston made their daytime debuts, with her joining <em>The Young and the Restless</em> as Abby Newman, replacing Emme Rylan, who left to become the new Lulu on <em>General Hospital</em>, and him originating the role of Ben Weston on <em>Days of Our Lives.</em></p>

<p>In 2016, Ordway and Gaston adopted their first child, daughter Olivia Christine. “We cannot thank God enough for blessing our family with the most beautiful, smart, fun little ray of sunshine,” the new mom Instagrammed on the day it became official. “Olivia lights up every room she crawls in… and has brought us so much joy.”</p>

<p>“Christmas came early in the Gaston house!” Ordway cheered in 2017 — that was because on December 9, Olivia’s baby sister, Sophie Jolie, made her “presents” known. “Today we were supposed to be having my baby shower,” Mom Instagrammed a week later. “But instead, I get to hold my precious angels and shower them with love.” (Pictured is Sophie in 2018 with Ordway’s former Genoa City family, Marla Adams, who played Dina, and Michael Mealor, who played Kyle.)</p>

<p>Unlike so many soap siblings, Ordway and Gaston’s daughters are anything <em>but</em> rivals. As Mom has said, “Nothing [is] sweeter than seeing the love my baby girls share.” She and Gaston have also been able to marvel at the ways that their personalities are manifesting themselves. “Olivia is 5 years old and wants to be a doctor, dentist and singer,” Ordway reported over social media in 2021. “Sophie is 3 years old and wants to be a dentist.” May they always have a reason to flash the magnificent smiles they’re sure to have!</p>

<p>There wasn’t a whole lot of acting required for Gaston to play <em>Young & Restless</em>’ besotted Chance when he stepped in for Donny Boaz at the character’s wedding to Abby. “You’re up in front of people, and there’s a rush of adrenaline that you don’t have to [fake],” he told <em>Digest</em>. “It <em>is</em> like being at your real wedding. The moment kind of creates itself.” That said, “<em>I</em> was a little nervous,” Ordway admitted, “because we hadn’t acted together in so long. The first scene was a little shaky.”</p>

<p>What’s next for Ordway and Gaston? We can only hope for more of the same: laughter, love and — dare we hope? — another opportunity to be one another’s leading man/lady on screen as well as off.</p> 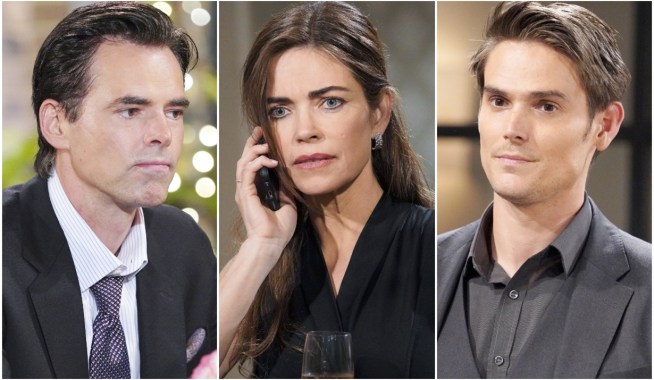 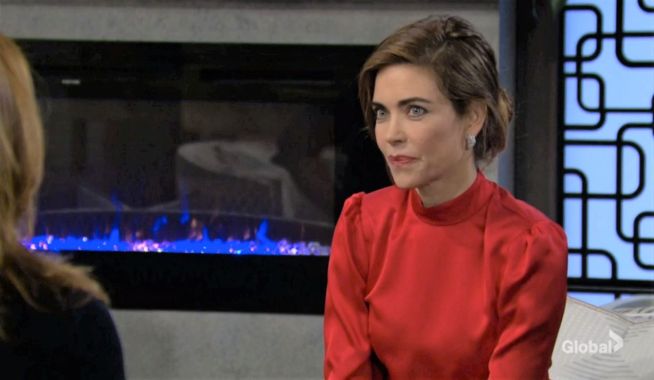