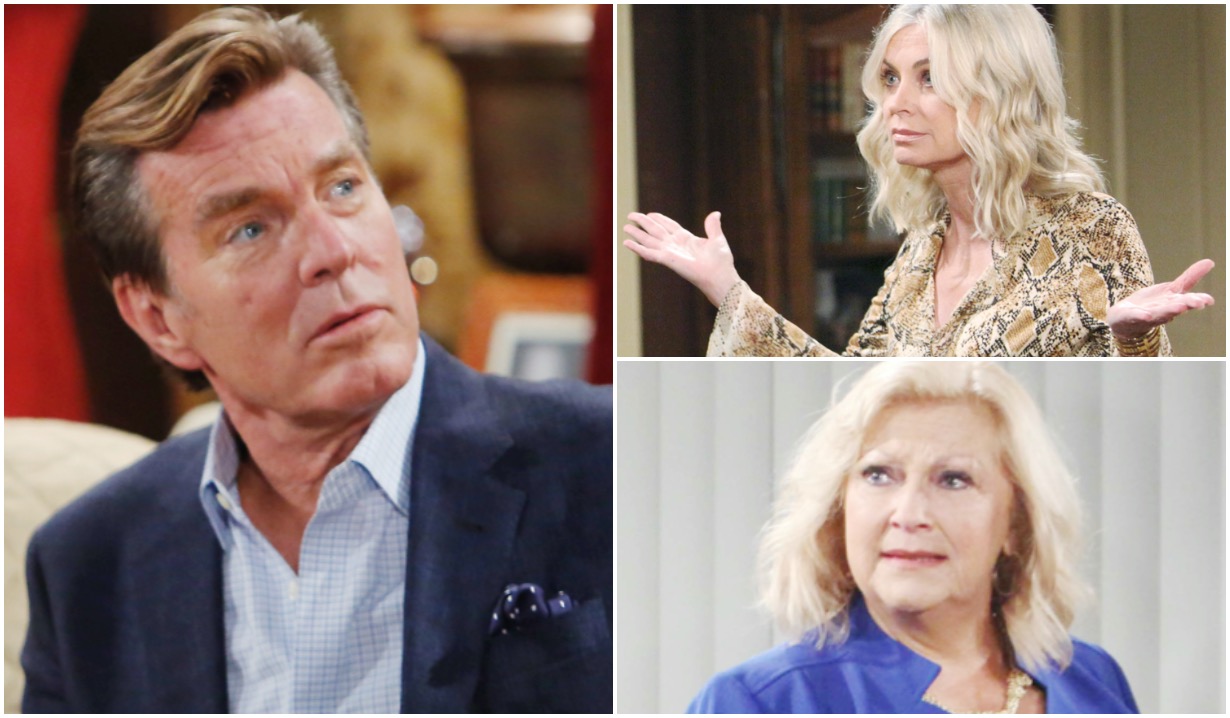 What’s become of Jack is frustrating, infuriating and, most of all, just plain sad.

Stop us if you’ve heard this one before, but we don’t get it. We don’t get what The Young and the Restless is doing with — and to — Peter Bergman’s Jack and, by extension, telling its audience. He’s one of daytime’s most legendary Lotharios, a Casanova who has over the years seen the error of his ways and evolved into a stand-up guy… who also just happens to be matinee-idol handsome and richer than Scrooge McDuck.

In other words, he’s the catch of all catches.

Yet the show has put to death his romantic life. His flirtation with Sally went nowhere. His declaration of love to ex-wife Phyllis seems to have served no purpose whatsoever; the writers soon after had him stick her back in the friend zone. We even suggested several appealing options to reopen Jack’s heart. Ignored. Now, he’s left town, and, for the life of us, we can’t figure out why it’s come to this.

What message is the show sending by putting Jack out to pasture — and, with him, siblings Ashley and Traci, whose dance cards are as empty as a glass of wine five minutes after it’s been handed to us? “If you were born before 19-such-and-such-year, we’re sorry, but you’ve gone on your last date. You’ve felt passion for the last time. You have already had your last first kiss.”

Uh-uh. To put it mildly, we don’t care for that.

More: Who’s who in the Abbott family [PHOTOS]

Unfortunately, it’s sort of an across-the-board problem at The Young and the Restless. Some vets are altogether discarded (Doug Davidson’s Paul). Others appear now and then but mainly to discuss other characters’ stories (Christian Jules LeBlanc’s Michael and Tracey E. Bregman’s Lauren). Still others do factor into frontburner plots — but they’re merely passengers, not the driving forces that they should be (Eric Braeden’s Victor and Melody Thomas Scott’s Nikki).

On one hand, the state of affairs makes us angry. On the other, it makes us freaking sad. Whatever focus group is saying it isn’t interested in long-running characters over the age of 30 doesn’t speak for us. How about you? Isn’t it (past) time Young & Restless started treating its veterans better? On your way to the comments, stop off at the below photo gallery, which serves as a colorful reminder of why Jack is so supremely important to the show — and us.

Image: CBS/Courtesy of the Everett Collection
1/31