Young & Restless’ Bryton James Opens Up About the Heartbreaking Last Day He Spent With Kristoff St. John: ‘I’ve Never Seen Somebody Suffer Like That’ 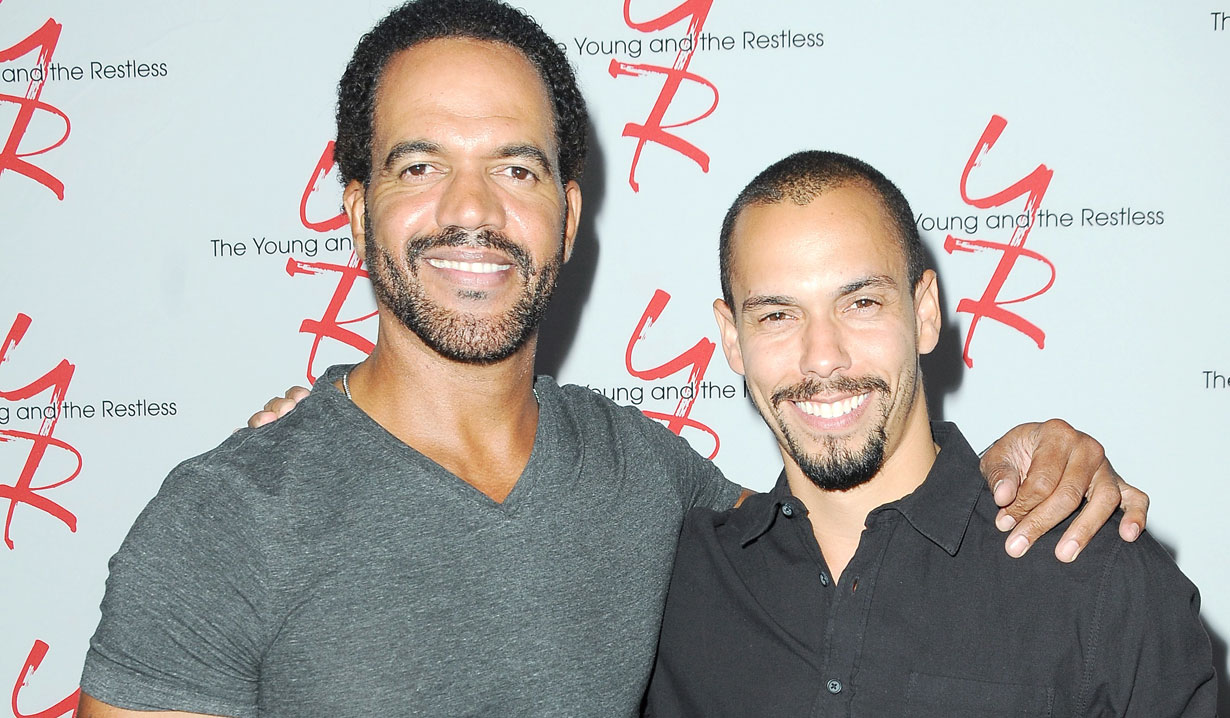 This week, General Hospital’s Maurice Benard (Sonny) welcomed The Young and the Restless star Bryton James (Devon) to his State of Mind podcast. And though they discussed many aspects of James’ life and career, things took a serious turn when talk turned to his late on-screen father, Kristoff St. John (Neil).

“I know it’s gonna be a little tough,” Benard began, to which James could only nod in agreement as he uttered, “Yeah.” Benard reflected on St. John and how his life was impacted by the devastating suicide of his son, Julian, before asking James to share his perspective. “Through your eyes,” said Benard, “what did you see?”

James was young, only 17, when first St. John came into his life. This had been years before Julian’s tragic death, and St. John had still been married to his second wife. “For me, Kristoff was… There was nothing negative about him. His mood… he was the most positive light, ball of energy at work.”

That’s where their relationship existed — at the studio. “We didn’t hang out too much outside of work,” James explained, due to where each of them lived. “We would only really engage at work. It was nothing but fun.”

At the time, James hadn’t realized that his TV-dad had battled so many demons. It wasn’t until he watched his documentary, A Man Called God, that the younger man gained an understanding of what his friend faced on a daily basis. “He experienced some real trauma as a child,” James shared. “I couldn’t believe it when I saw it, because knowing him at work, you wouldn’t know.”

Once things started happening with Julian, the two would have conversations about that and the older James got the more St. John felt comfortable opening up to him regarding what was going on in his life. But it really wasn’t until a year or more after Julian’s passing that he noticed things changing. That’s because, as James explains, “[Kristoff] was very good… at keeping it separate,” from the rest of his life. This may be why many of the people around him remained unaware of what he was going through. “Knowing what we know now, the only thing I regret is not staying more involved in his life outside of the set.”

The last time James saw St. John, “He’d been drinking pretty heavily for days straight and was talking about the possibility of hurting himself.” James and Daniel Goddard (ex-Cane), who was close to their desperately hurting friend, spent the day with St. John. “He was convinced that he lost his job, just so many things,” James recalled. “It was all wrapped into grief, it was all about Julian at the end of the day.”

Benard, who lives with bipolar disorder, explained that though you have to listen to the signs, you can’t be with someone every minute of every hour. Both men agreed that while people have a tendency to blame themselves, that’s a path down which no one should walk.

As we reflect on a life lost far too young, let’s also pay tribute to the talent which burned so bright within him by reflecting on St. John’s incredible run as The Young and the Restless’ Neil.

Eight Weeks After Their Wedding,...