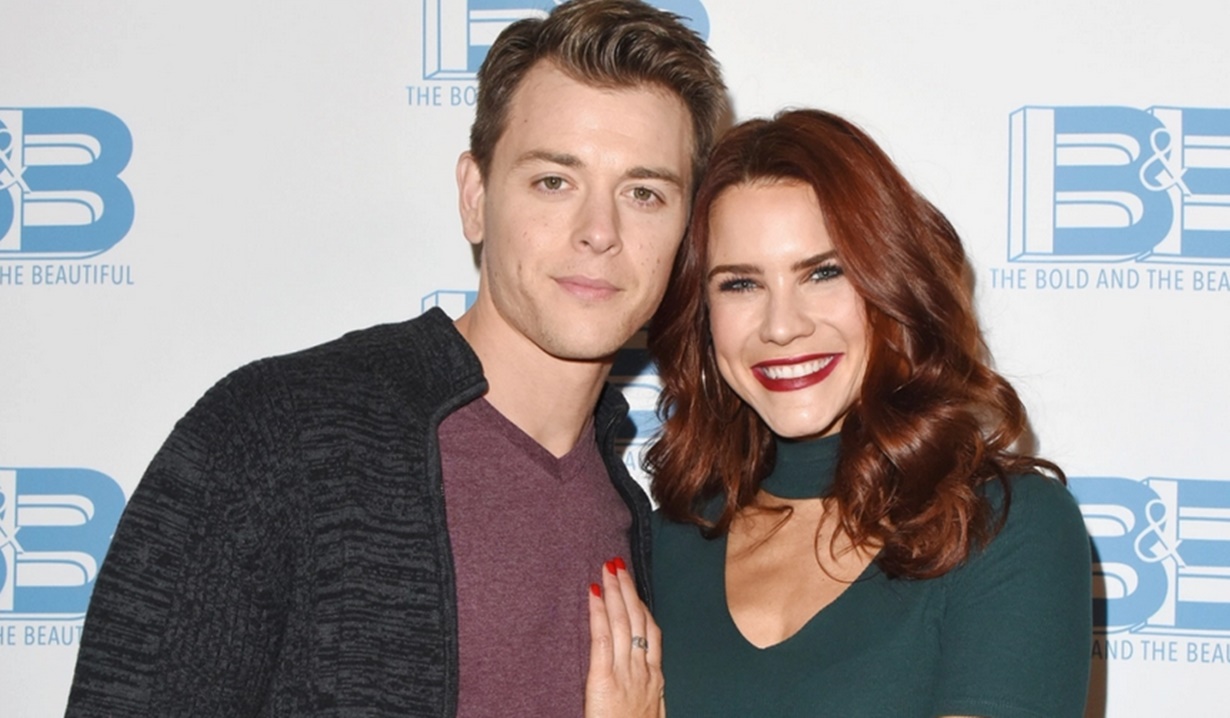 We couldn’t be happier for the newlyweds.

In a moment that’s been years in the making, on October 23, Young & Restless‘ Courtney Hope (Sally) and General Hospital‘s Chad Duell (Michael) declared their undying love for each other and married in a gorgeous ceremony. The actors were kind enough to share moments from their wedding day on social media, making us all feel like we got to join in on the joyful occasion.

The first of the photos — which can be seen on the bride’s Instagram stories here — show the bride and groom donned in bright red attire while most guests are wearing black for the steampunk themed event. Among those in attendance were GH‘s Maurice Benard (Sonny,), Laura Wright (Carly), Wes Ramsey (Peter), Eden McCoy (Josslyn) and Katelyn MacMullen (Willow), Annika Noelle (Hope, B&B), Tracey Bregman (Lauren, Y&R), Hunter King (ex-Summer, Y&R), Patrika Darbo (Shirley, B&B) and Katrina Bowden (Flo, B&B). Guests gathered in a beautiful field as the sun set and the party went late into the evening.

“Tonight was an amazing night,” said Wright of her TV-son’s nuptials.

“Thank you so much to everyone who came out last night to celebrate with [us],” the bride later said on Instagram. “We love you all so much. And thank you guys for committing so hard to our goth theme! The amount of black nail polish, guy liner, chokers, corsets and canes were more than we could’ve asked for!”

Sharing their big day comes easy to the newlyweds, because as Hope and Duell have shared their love with each other, they’ve also shared their journey with friends, family and fans alike. We’ve all been lucky to join the daytime power couple for the ride, from the adorable moment they met to their engagement on Valentine’s Day providing a hopeful ray of light in what had been a dark year.

And when Hope prepared for her bachelorette party, she and Duell shared a hilarious lip sync of The Office’s Jim and Dwight, perfectly encapsulating why we love the couple. “I need you to promise me that you’ll be on your best behavior,” Duell’s Dwight admonishes. “I promise… d other people I’d be on my worst behavior,” Hope’s Jim replies. Touché.

It’s safe to say we’ve been as excited for this wedding day as we were for The Office’s Pam and Jim’s. Actually, no, scratch that, we’ve been far more excited. And we haven’t been alone.

When Hope decided she could use some marriage advice, she turned to her Young & Restless co-stars. They were eager to help her out as the wedding approached — or rather, their characters were! In hindsight, we don’t want to use the word, “mistake,” but let’s just say it’s a good thing Hope ignored some of those words of wisdom from Genoa City’s finest.

Michelle Stafford’s Phyllis simply told the bride-to-be “Don’t do it,” but clearly Hope did! And some of the advice got bizarrely specific — like Christel Khalil’s Lily suggesting that Hope not let Duell gaslight her into thinking he’s dead and she’s slept with a ghost. OK, then… We guess we’ll just have to wait and see how the new bride handles situations like that as they crop up. Because that’s totally something that happens in real life, right?

Either way, as the newlyweds begin their life together, the future looks bright and beautiful. As Hope told People shortly after their engagement, “creating memories forever, our future children and family, the places we’ll travel and all the laughs we’ll have makes me so thrilled to think about.”

Excuse us while we grab a tissue or three. Actually, grab a few for yourself as well, as you go through photos of Hope and Duell’s relationship, starting at the party where they first met back in 2016. When you’re done, come back and scroll through the complete wedding album full of eye-popping pics. 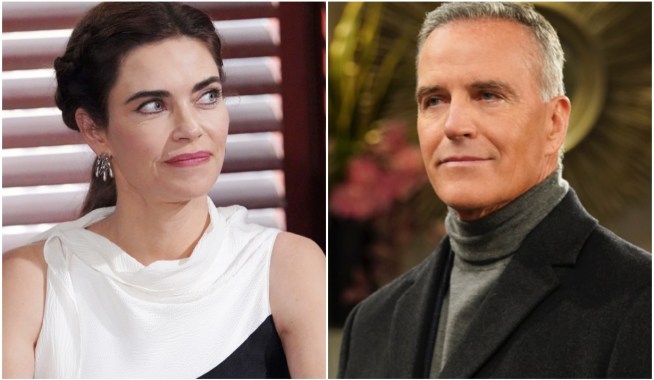 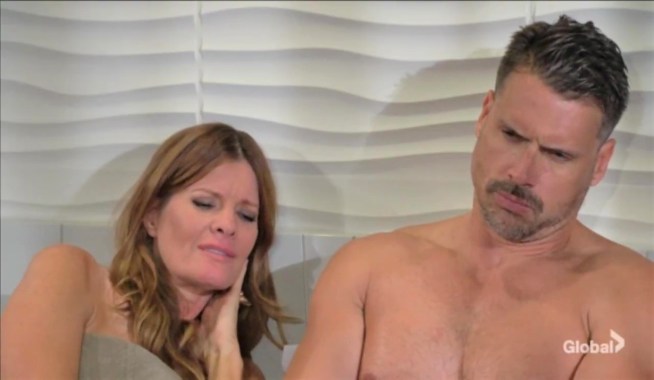