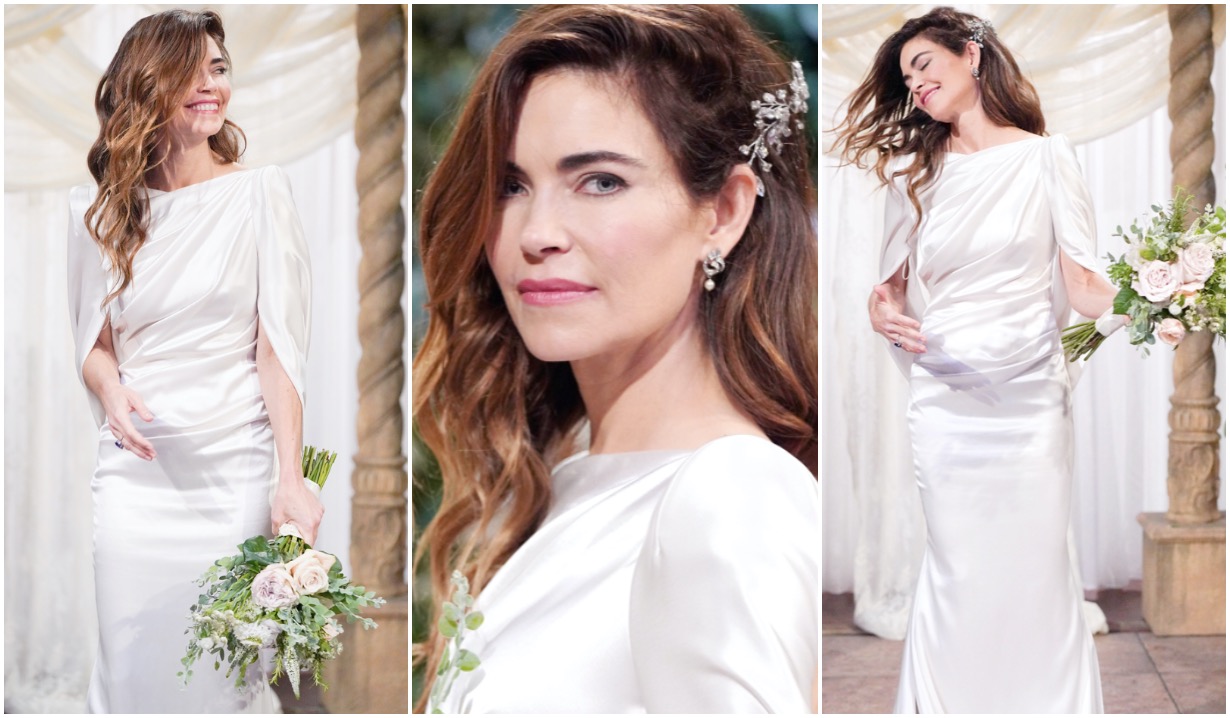 All this, and we didn’t have to get dressed up? Score!

Here comes the bride — and with her, the funny. In a Facebook story published on October 15, Young & Restless viewers were given an all-access pass to Ashland and Victoria’s wedding, courtesy of the new Mrs. Locke herself, Amelia Heinle. The Emmy winner escorted us through the entire big day, from her arrival at the studio to…

Well, ya know what? We’re at the beginning, so let’s start there. As Heinle drove onto the lot, she explained, “I’ve got to get my outfit on, and I’ve gotta got get my hair done, ’cause everybody wants my hair to look good.

“They’ve got their work cut out for them, that’s for sure,” she added with a laugh.

Making her way into the studio, Heinle was sensibly masked for safety reasons. But she managed to have fun with even that, deadpanning that “I’m really famous on the show, so when I come to work, I like to kinda be incognito so that nobody knows who I am.

“It just makes life a little easier,” she went on, her eyes sparkling with mischief.

From there, Heinle was told that her dressing room for the day would be… Wait, what? “Do you mind just getting dressed in the ladies’ room?” she was asked. Um, sure, she replied, playing the moment for all of its inherent silliness.

Next, the actress took us to hair and makeup, where she went from looking gorgeous to drop-dead-gorgeous, and the set, where a jovial Eric Braeden joked in character as Victor, “I did all the decorating.” 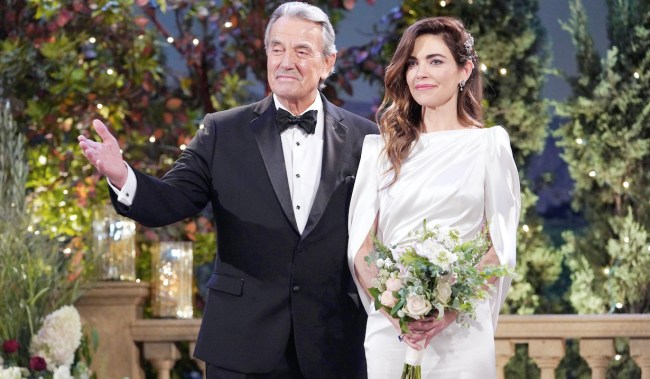 Who knew The Mustache knew how to arrange flowers?!?

Before all was said and done, we met Heinle’s “earring putter-onner,” which everyone would probably love to have, got a glimpse of groom Richard Burgi (Ashland) looking so playfully wild-eyed that Heinle exclaimed, “I am marrying a maniac!” and saw how a “hair emergency” was handled.

All in all, a heck of a good time. Now, before you go read another article, stop off, why don’t you, at the below photo gallery, which flashes back through a whole host of photos of soaps’ most memorable costumes and disguises. It’s for Halloween, yes, but we promise it’s all treat, no trick.