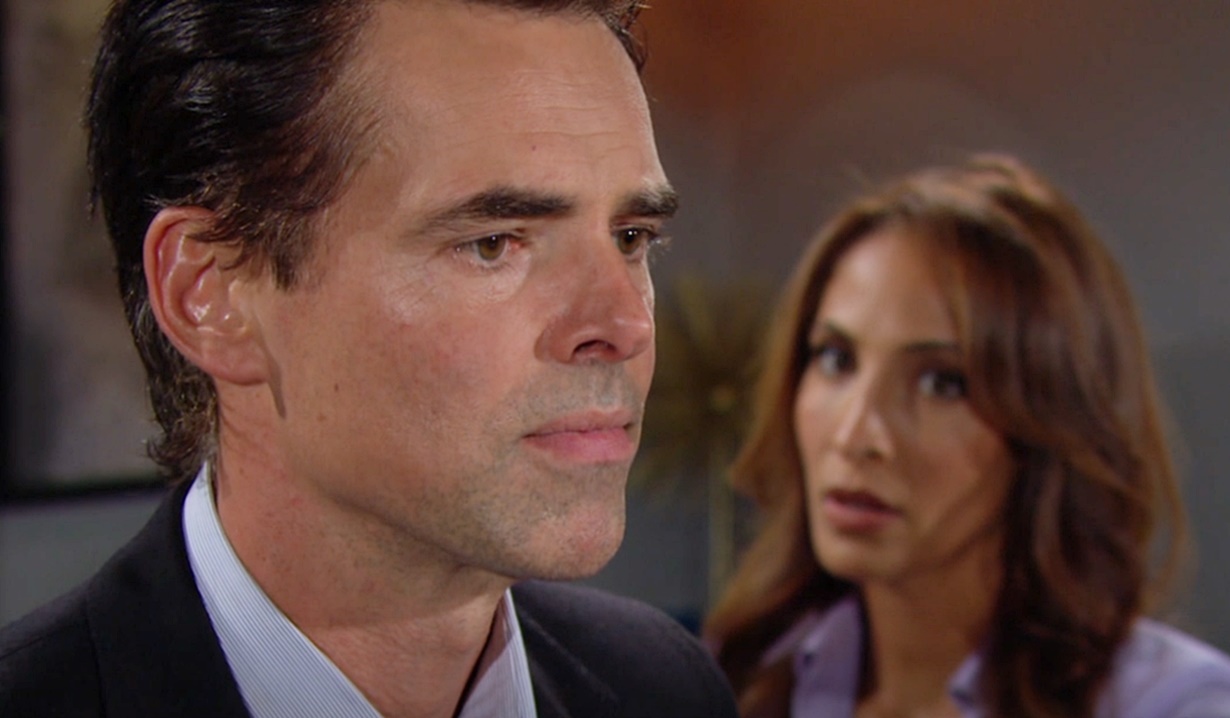 Billy couldn’t stop the wedding but has another opportunity to take Ashland down.

In a Young & Restless preview for the week of October 18 – 22, though they said, “I do,” Victoria and Ashland’s problems are far from over. Read on for the details and watch the teaser video.

Upon arriving in Italy, Billy was stunned to learn that Ashland had already confessed his crimes to Victoria and she was going through with the wedding. After Gaines threatened Ashland, he turned to Victor to deal with his nemeses. Before the wedding began, Gaines went missing, only to later be found by Nick. Nick locked him up, and after the wedding, took Adam and his father to deal with Gaines.

In the preview for next week, Victoria questions her father about Gaines, who she knows wants to get revenge against her husband. She demands to know how he’s been handled. What neither realizes, but will soon discover, is Gaines may have the last laugh!

While locked up, Gaines sent Billy a cellphone video detailing all of Ashland’s crimes with proof to back up his allegations. He told Billy he had one hour to publish it, or else he’d take it elsewhere. Lily and Billy have a major decision to make… one that could help take Chance Communications into the big time, but at the same time have major consequences for Ashland and Victoria. As they discuss the situation, Jack happens upon them. Whatever they decide to do, the world may learn Ashland’s secrets one way or another.

In spite of the fact that Victoria uninvited him to her wedding, Nick went to Italy to try and make amends with his sister. She allowed him to stay for their parents’ sake but wasn’t ready to forgive him. The tension between Nick and his sister began to spill over to his relationship with Phyllis. Phyllis gets candid with Nick that there are only two ways forward for them.

After successfully convincing Victoria to wear her wedding dress, Sally was elated as the crowd at the wedding was floored by the designer’s talent. Adam lets Sally know that people are starting to warm up to her, but Sally is only interested in one person… and pulls Adam into a kiss! Sally’s burned a number of bridges with Adam’s family members, and we have to wonder how Victor will deal with this blossoming relationship.

Back in Genoa City, Lauren has clearly learned her lackluster dress was replaced with Sally’s fabulous creation. She confronts Chloe and demands an explanation.

Let us know in the comments if you think Billy and Lily will publish Gaines’ video, or let someone else beat them to it. And will Nick and Phyllis be able to survive the latest tension between them?

Be sure to read our exclusive interview with Richard Burgi previewing the wedding. Then browse the photo gallery below of soap characters in costumes and disguises.