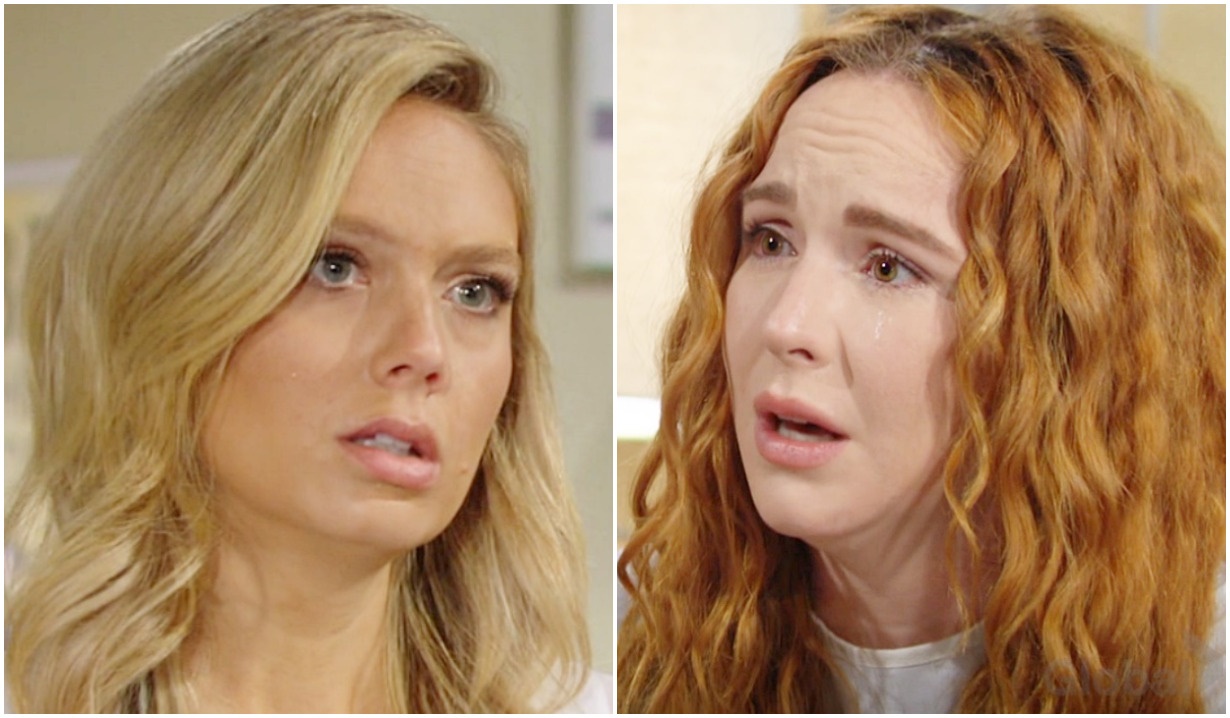 The deep bond forged in captivity will spell heartbreak for one woman.

Given that Mariah had never had a child of her own, as most surrogates have, we started this whole journey nervous that she might struggle to let go after the baby was born. Trouble was foreshadowed in a conversation between Mariah and Sharon early on when she noted how protective she was beginning to feel. Multiply that feeling a hundred fold when she was kidnapped and held against her will before giving birth, and you have a recipe for trouble… or at the very least heartbreak.

While locked in the room alone Mariah bonded even more with the little guy than she would have normally. Like Tom Hanks’ character talking to ‘Wilson’ the soccer ball while marooned on that desert island in the movies, Mariah only had the unborn baby to keep her company. We knew it was a sign of things to come when she named the little guy ‘Bowie’ and their connection became all the more personal.

The kidnapping also heightened Mariah’s sense of protectiveness over the baby, and she told Tessa after the fact that Bowie became her reason to stay alive. Immediately following the birth, it was Mariah who questioned the newborn not crying, prompting Nate to instruct Abby and Devon to clear the airways — another sign of the instinctive maternal feelings she’s developed.

Abby has taken on the role of the boy’s mother since the birth, but Mariah’s reaction to that has not been lost on viewers. She shot a confused and concerned look in Abby’s direction the first time she heard her refer to herself as his mommy, and later woke up in a panic screaming, “Where’s the baby?!” After Abby renamed Bowie — he is now Dominic Phillip Abbott Newman Chancellor — Mariah confided to Tessa that she was having trouble letting go.

Since Mariah appears to be experiencing PTSD, it’s possible she could suffer an episode of panic and snatch the baby, thinking she’s taking him away to keep him safe, but effectively kidnapping him. Abby’s sympathy toward Stitch has already irritated Mariah and could become twisted into her believing she and/or the baby are unsafe. We saw a version of this before on Young & Restless when Dylan ran off with Christian while suffering from PTSD.

Of course, Mariah may also want to launch a legal challenge. Depending on what was in the contracts, she may or may not have a leg to stand on if she decides she had changed her mind about giving up the baby. In some countries and states, the surrogate can reverse her decision and retain parental rights — and since we’re also dealing with soap opera law, anything is possible.

No matter how you slice it, there is certain heartbreak ahead — either for Abby, if Mariah’s attachment manifests itself as a threat of some kind, or for Mariah, as she forces herself to back away from the deep maternal bond she forged with the child she carried for nine months.

What do you think Mariah will do after she leaves the hospital? Let us know your thoughts in the comment section, but first, see Camryn Grimes and her beau in our Young & Restless stars and their real-life partners gallery below.

As Her Son Starts College, Young &...