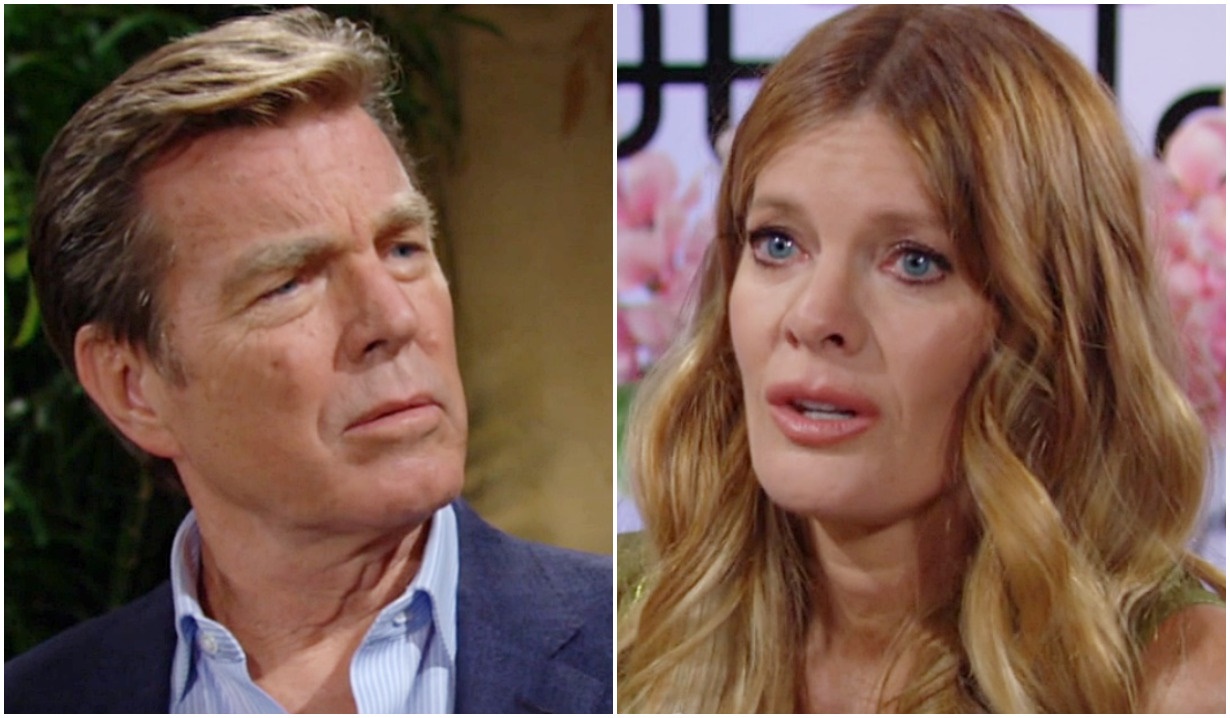 Summer and Kyle’s departure may propel Phyllis to seek safe harbor… with Jack.

Young & Restless’ Summer and Kyle’s announcement that they would be staying in Milan left Nick on a bit of an island with his reaction to the news. For Phyllis and Jack the news was unexpected, and a bit of a punch to the gut, while Nick was not surprised and less emotional. Cue Phyllis running to Jack because she was worried about him and because she needed a friend.

Though Phyllis and Nick have never been more solid, she’s had one eye on Jack’s interests all along — especially where Sally was concerned. It wasn’t hard for her to manipulate Jack into having dinner with her instead of Sally when Nick was away, and it wouldn’t be hard for them to fall into old patterns if Jack turns out to be more in tune with what Phyllis is going through than Nick is when it comes to Summer’s decision to stay away.

Young & Restless certainly seems to be setting the scene for Phyllis to be drawn back to Jack, who has always been a safe harbor for her. Phyllis, in turn, has consistently proved to be irresistible to Jack.

Phyllis gravitating toward Jack, or a slip-up between the commiserating exes, would be all it would take to create issues between Phyllis and Nick, who might then find himself staring down the barrel of temptation should Sally come across with a sincere enough apology at the right time and place. Sure, she duped his daughter, but let’s not forget how Sally fangirled over Nick when she first met him and remembered him from his Restless Style days. As we all know, Nicholas Newman is a sucker for flattery… and for a vixen-ish redhead.

With Sally gravitating toward Chloe, and Nick currently on ‘Team Adam’ while New Hope works with Newman Media, there’s definitely a chance Sally and Nick will be crossing paths. What better way for Sally to get her revenge on Phyllis then to (as she once warned) get her where it hurts!

More: Will Adam hook up with Chloe?

Do you think Phyllis will gravitate toward Jack and leave Nick open to Sally’s charms? Let us know in the comment section. First, take a look through Phyllis and Nick’s love story in the gallery below.

See The Young and the Restless’...