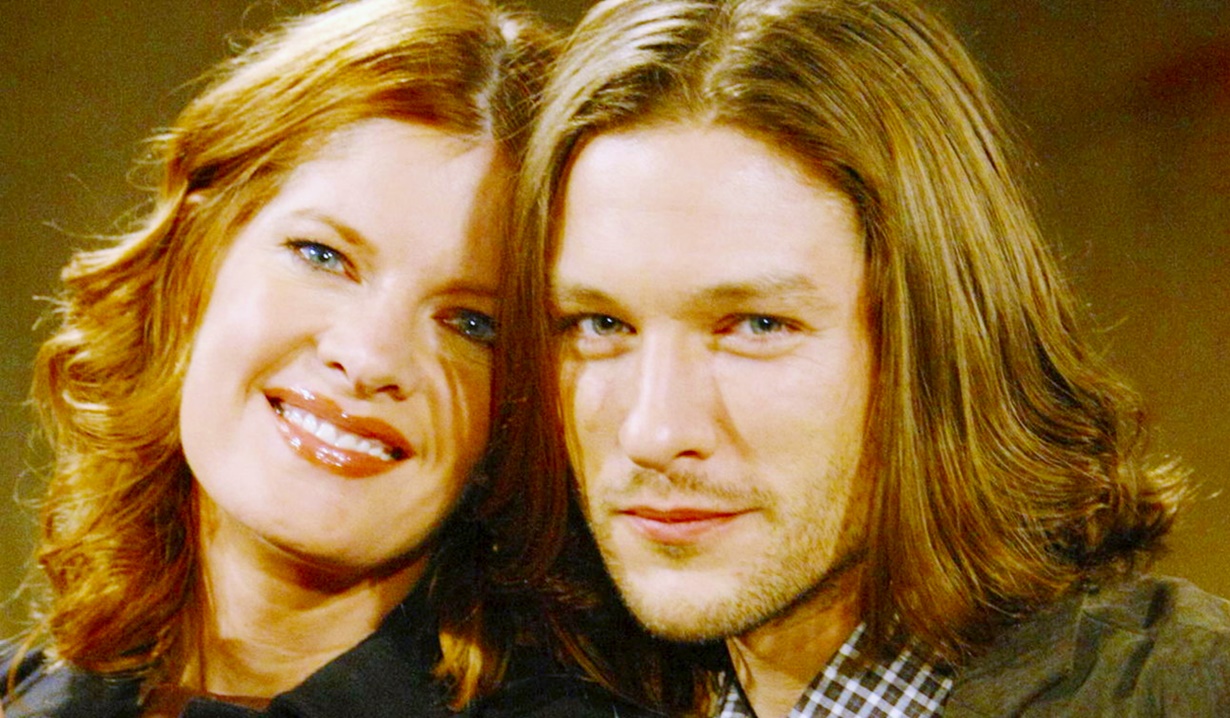 Genoa City star gets back together with her “firstborn.”

Young & Restless star Michelle Stafford (Phyllis) was positively gushing when she recently had the opportunity to reunite with Michael Graziadei, who played her character’s on-screen son, Daniel, from 2004 until 2013. The actor returned to the canvas briefly in 2016 when Gina Tognoni was in the role of Phyllis.

Many viewers, and we count ourselves in that number, would love to see Daniel make a comeback on Young & Restless, and it sure seems as though Le Stafford wouldn’t be opposed. In sharing a photograph from their reunion, an occasion which marked the imminent arrival of Graziadei’s twins, the star enthused, “My baby Grazzzz! My first born!! My baby… is having a baby… two babies to be exact. He and his beautiful girlfriend Lauren are having twins. I love you Graz!” As a parent of two herself, she also advised, “Get ready for the circus. Your beautiful, gorgeous circus,” along with the hashtag, “It’s the end of the world as you know it.” Hilarious! And true.

Graziadei, the other half of the duo, known for their crazy amazing on-screen chemistry, was also thrilled to be back in the company of some of his “Hollywood family” and shared the same photo, along with the caption, “Was so grateful to have members of my Hollywood family present to celebrate the imminent arrival of these little monsters. I am forever grateful to you all.” Sounds like they showered the parents-to-be with love and support!

In an unrelated post, Stafford, who is fresh off a storyline in which her on-screen daughter, Summer, was intimidated into leaving town by fictional characters Tara and Sally, very sadly appeared to be dealing with some sort of bullying situation involving her real-life daughter, Natalia.

The Mama Bear made note of the ironic timing as she laid down a warning: “It’s really interesting how art imitates life sometimes… I’m just gonna say this… once… you come for my daughter, you come for me. You better come correct… cuz I’m a badass.” Here’s hoping the culprit heeds the star’s words, especially given there is a child involved.

Don’t miss a look back on Phyllis’ love affair with Nick in the gallery below before you go.

What a Waste: The Young & Restless...