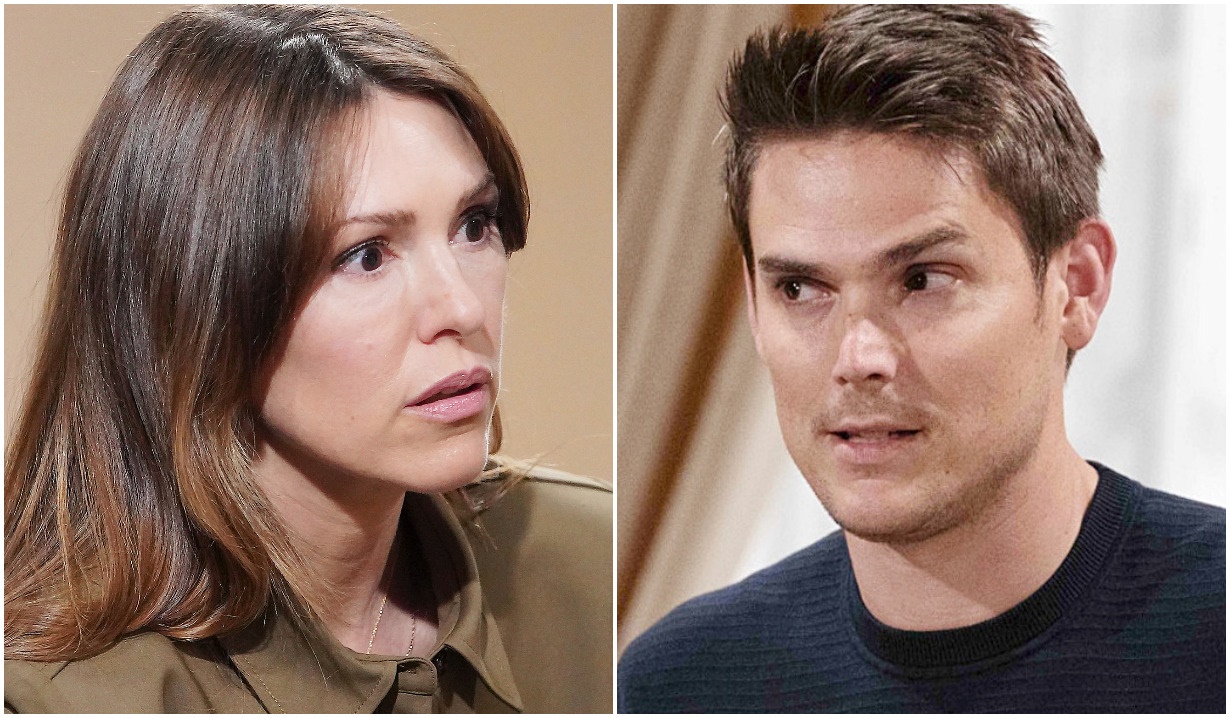 This hook up would blow everyone’s minds and might cause Kevin to go ‘chipmunk’ again.

Two of Young & Restless’ most adversarial characters have been crossing paths lately, and as is wont to happen on soaps, some sexual chemistry sparked as they were trading barbs. As the two will be working in close proximity it seems, we can only assume the, ahem, tension will build. Might Adam and Chloe actually hook up? Stranger things have happened — after all, what’s a little hate sex between sworn enemies in daytime, right?

Of course, the idea is ludicrous on paper. Adam covered up the fact that he had run over and killed Chloe’s child Delia so as to secure the girl’s corneas for his own son, and as a result, Chloe tried to kill him no less than three times. Most recently, she participated (somewhat unknowingly) in a scheme with his ex-wife and her best friend, Chelsea, to frame Adam for murder and send him away for life. Not exactly a shared journey tailor-made for romance. That said, Adam and Sharon are a crazy popular couple and he stole her baby at birth and let her believe it had died. Adam’s also fresh off of a redemption arc and has, as they say, “come a long way, baby.”

While the trajectory seems to be headed toward Adam and Sharon reuniting, and at this point Chloe and Adam don’t come across as a particularly viable pairing, we’re fully down for hate sex on Victor’s desk. Heck, it’s practically a tradition for Adam to get it on in his father’s professional haven; he seduced both Chelsea and Sharon in the Newman Enterprises office in the past — why should Newman Media be any different?

Soaps.com readers were quick to pick up on the nuances in Adam and Chloe’s shared scenes. “Lila” observed, “Today was a very odd exchange between Adam and Chloe, he was almost teasing her trying to get a rise out of her. Is this a precursor to flirting?” “Dkingz1130” noted, “I thought these two had great chemistry and might eventually ending up having hate sex in that office,” while “Dawn 888” added, “All that bottled up hate they have would make everyone’s head explode if these two ended up together. I can see this happening.”

“lloo” shared, “I would love to see this pairing, as long as it stayed acrimonious. Don’t think I’d buy a lovey dovey couple with those two,” and “dazzleme” pointed out, “Maybe it would be the thing to make Kevy go bad again.” We have to agree. If anything would make Kevin, er, squirrel-y, it would be his wife cheating with the man he absolutely loathes.

Could you imagine Chloe and Adam becoming sexually involved? Check out photos of risque soap opera sex scenes in the gallery below.

Ahead of Her Wedding to General...