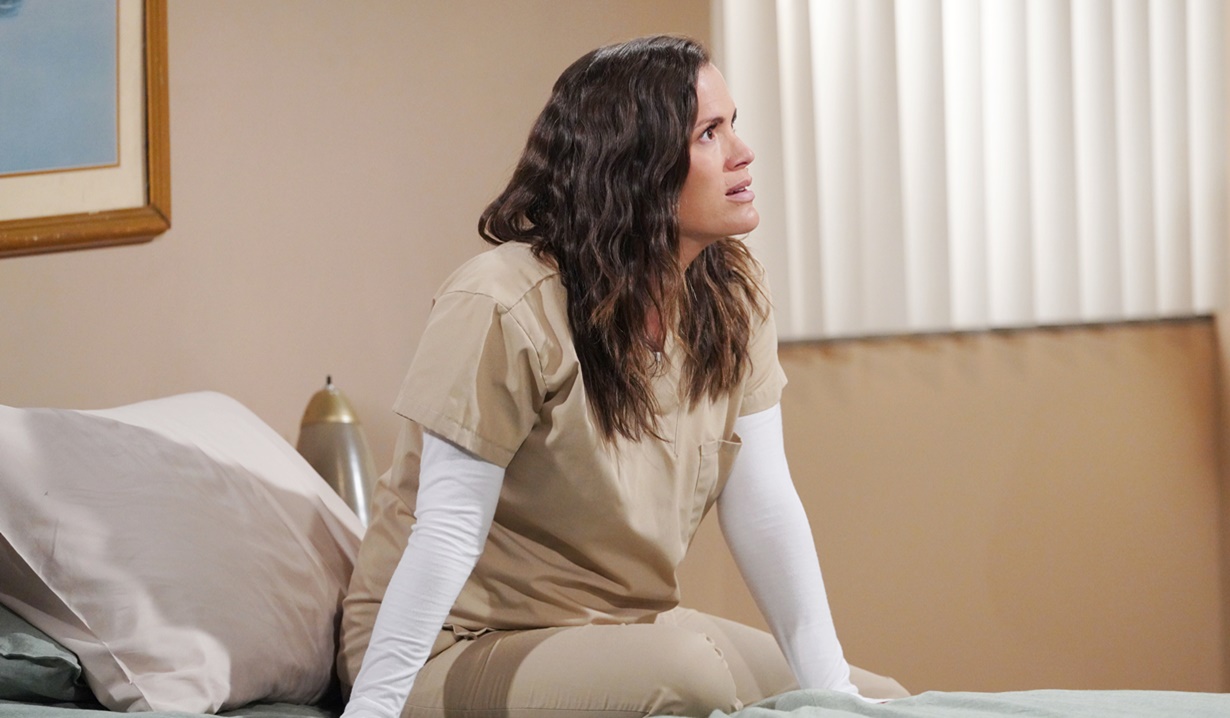 Phyllis turns to an old friend and an ex for comfort.

In a Young & Restless preview for the week of July 5 – 9, several in Genoa City are leaning on good friends. Read on to find out the details.

After learning from Adam that he was bringing Connor home and moving back into the ranch, Chelsea was more determined than ever to get out of the hospital. Unfortunately, she still has to prove to the world that she’s not crazy, and even her good friend Chloe is unsure of her sanity. Now Chelsea has come to realize Dr. Hedges, who was in on the con along with Victor, isn’t on her side and she’s going to have to play dirty if she wants out. This probably means she’s going to once again need Chloe’s help, but will she go along with whatever Chelsea is planning this time?

Phyllis was devastated when Summer chose to leave town for a job in Italy and still suspects Tara was behind Summer’s hasty decision. With Nick also helping Summer relocate, Phyllis leans on Jack for some cheering up.

It seems like Stitch just returned to town, so why is he saying goodbye to Abby already? And what is with his obsession with Mariah carrying his ex’s baby? Something tells us Stitch isn’t going anywhere, and this might have to do with his son Max’s deteriorating condition.

Read the Young & Restless spoilers to find out what happens at Devon’s big gathering. Get your free daily soap-opera fix for The Young and the Restless — and all of the other daytime dramas — delivered straight to your email inbox by signing up for Soaps.com’s newsletter. And be sure to browse the below photo gallery of soap stars who own their true age.