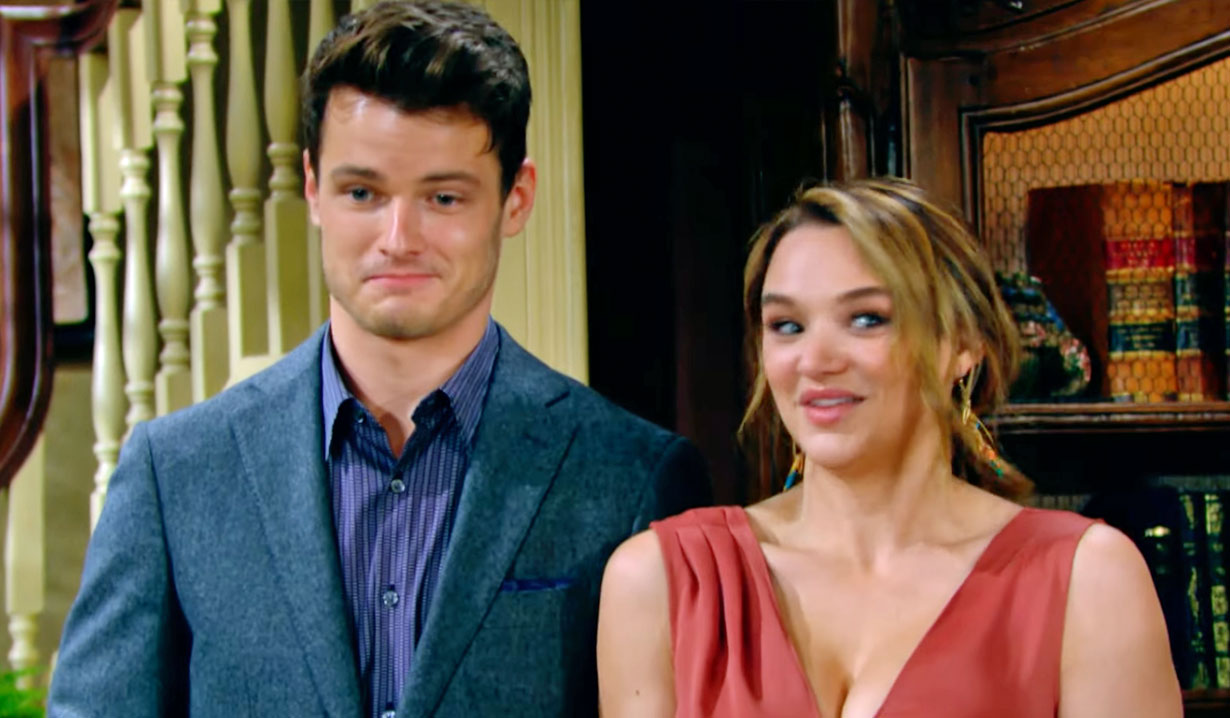 Summer and Kyle’s family will probably want to sit down for this latest information.

In the Young & Restless preview for the week of June 7 – 11, Kyle and Summer drop another bomb. Read on for the scoop!

After Tara appeared at Summer and Kyle’s engagement party with Kyle’s son Harrison, all hell broke loose. Kyle agreed to step up and be Harrison’s father to protect him and Tara from Ashland, who had learned of the affair. Once Ashland learned that Kyle was the father of Harrison, things got really messy. Summer and Kyle agreed to postpone their wedding, and Summer began worrying that Harrison could draw Kyle and Tara together.

More: Watch a second Y&R preview for the week!

Well in the promo for this week, the rollercoaster continues. Summer and Kyle gather Nick, Phyllis and Jack together for some huge news, and all three are worried about what these two might surprise them with next. Especially since they brought pastries from Phyllis’ favorite bakery. What do they announce? Only that the wedding is back on! Well by the look on everyone’s faces, it seems the parents aren’t exactly confident this is the right decision.

Let us know in the comments if you think the wedding will actually happen, or if the drama with Ashland and Tara will once again derail the nuptials. Or could this be part of a larger plan involving Harrison’s messy custody battle?

Read the Young & Restless spoilers to find out who put their heads together about Chelsea. Get your free daily soap-opera fix for The Young and the Restless — and all of the other daytime dramas — delivered straight to your email inbox by signing up for Soaps.com’s newsletter. And don’t miss our gallery of soaps’ best and worst so far for 2021.

The Young & Restless Twist That...