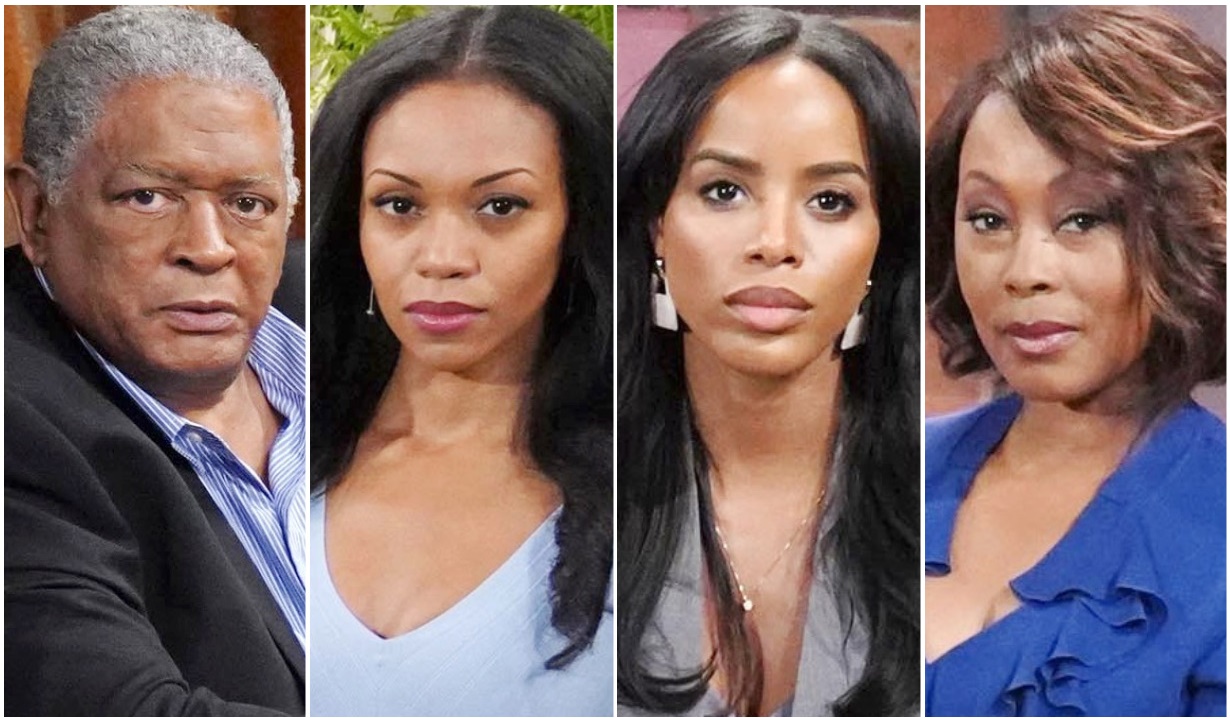 Will the shocking new details bring Amanda, Imani and Naya closer together… or leave them further apart?

We definitely don’t know the whole story about Amanda’s father’s demise but with not one, but two, more bombshells ahead in the story this week, according to Young & Restless spoilers, we’re about to get much deeper into this mystery!

Most viewers have had suspicions about Sutton Ames from the start; he really did the most to ingratiate himself with Amanda 1) by appearing to be an open book and not apologizing for the past decisions he made, which made him seem honest, and 2) welcoming her into the family with open arms, which seemed sincere, but also played on her biggest vulnerability — wanting to be accepted. Is it all a ruse and a cover-up? It’s quite possible, and if so, Amanda stands to be hurt, but she may not be the only one. How much do Naya and Imani know about what really happened?

The reality is that the truth coming to light may have the potential to throw all of these women’s lives into chaos, but will it ultimately bring them closer together, or further apart?! 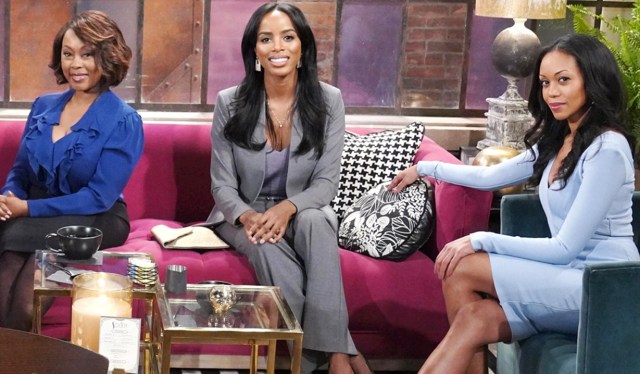 What will this week’s bombshells mean for Naya, Imani and Amanda?

When Victor told Amanda that her biological father, Richard ‘Rick’ Nealon had been looking for her before his untimely and suspicious death, it raised questions. Does Victor know more and is playing it close to the vest until he learns more about why Amanda is involved in the case? Is the person who most wanted to prevent Richard from finding his infant daughter also the person responsible for his death? That would be Sutton, whose political career seemed to hinge on Naya’s babies staying a secret.

It also stands to reason that Sutton’s image would benefit from Naya being married off to someone ‘appropriate’ of her father’s choosing. Enter Eric Benedict. We have to wonder at what point he came into the picture and how involved he is in all of this. His name was certainly mentioned enough after Amanda met the family to raise our suspicions. Could Sutton have recruited Eric to dispense with Richard and to marry Naya? It’s also possible that Eric acted alone, and that Sutton’s claims of innocence are genuine… but it seems more likely they’d be in it together.

Might Imani have stumbled onto, or suspect, the truth about her father and/or grandfather and be worried about what Amanda will uncover — hence her wanting to be part of the investigation and giving an odd response when Amanda questioned her about Sutton? Was the subtle shade she threw at her grandfather because he’s holding something over her father?

Also, Naya may know, or suspect, more than she’s saying; she was shook when Amanda confronted her with the new information she gleaned from Victor.

What bombshells will come out this week? Who knows what? We can’t wait to find out and to welcome back Mishael Morgan, who resumes her role of Amanda this week!

How do you think this will play out? Let us know, but before you go, take a wander back in time through Hilary and Devon’s love story in the photo gallery below.