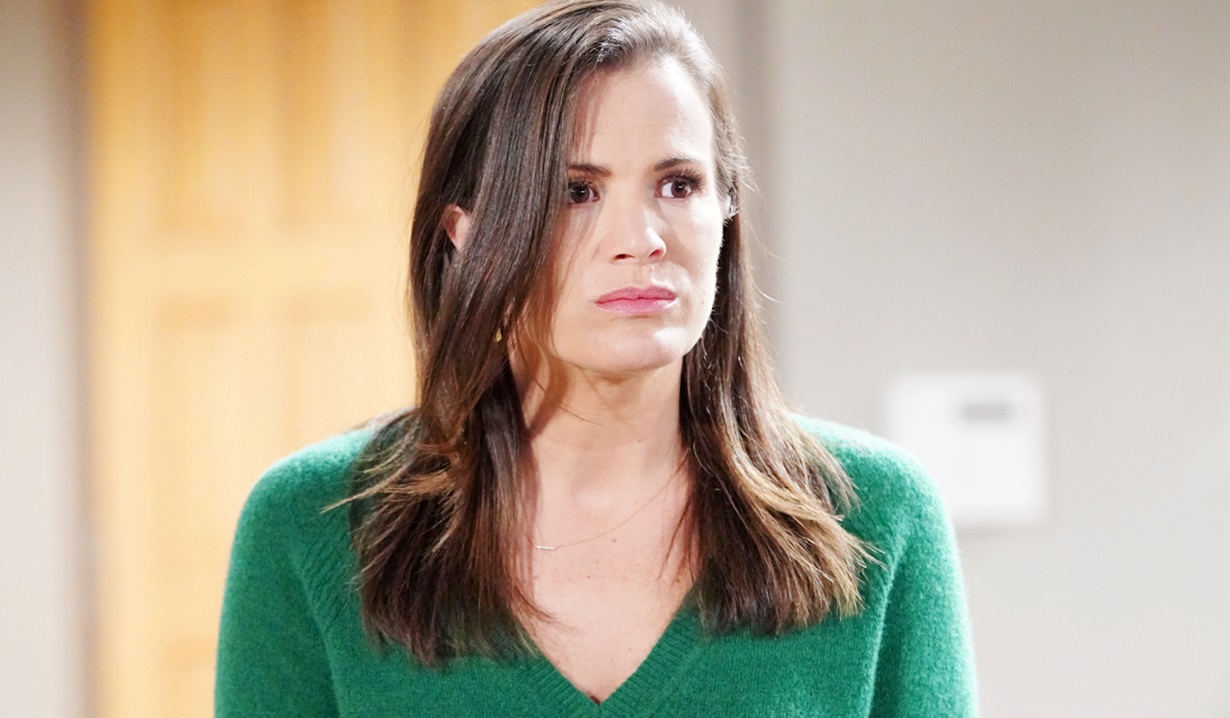 Sharon and Nick hope for the best.

In the Young & Restless preview for the week of May 10- 14, while one family celebrates, another waits and hopes for good news.

With Kyle and Summer’s engagement back on, Jack decided he wanted to throw the couple an engagement party. This week he hosts it at society. With Phyllis by his side, Jack toasts to Summer and Kyle and a new Abbott-Newman union. Of course, Jack still has no idea of the secret Kyle and Summer are keeping that poses a future threat to them and Jabot, and that is that Kyle is the father of Tara’s son Harrison. Kyle has made peace with the fact that he can’t be a part of the boy’s life, which he feels is the best for him. However, secrets like these always have a way of coming out!

Preview for next week (Mark does the voiceover).

This looks so good. #YR pic.twitter.com/BC1naQLBKb

Last week Victor, determined to clear Adam’s name and tired of waiting for Rey to do his job, threatened to take Connor from Chelsea unless she came clean with what she did to Rey and Adam. Rey’s already admitted to Sharon that he has his suspicions. This week, Chelsea breaks down and tells Rey how sorry she is as Victor looks on. Is she about to finally confess to poisoning him and framing Adam? And if so, what does this mean for Sharon and Rey’s future?

Read the Young & Restless spoilers to find out what Victoria is up to now. Get your free daily soap-opera fix for The Young and the Restless — and all of the other daytime dramas — delivered straight to your email inbox by signing up for Soaps.com’s newsletter. And don’t miss our Mother’s Day gallery of soaps’ all-time best (and worst!) moms.