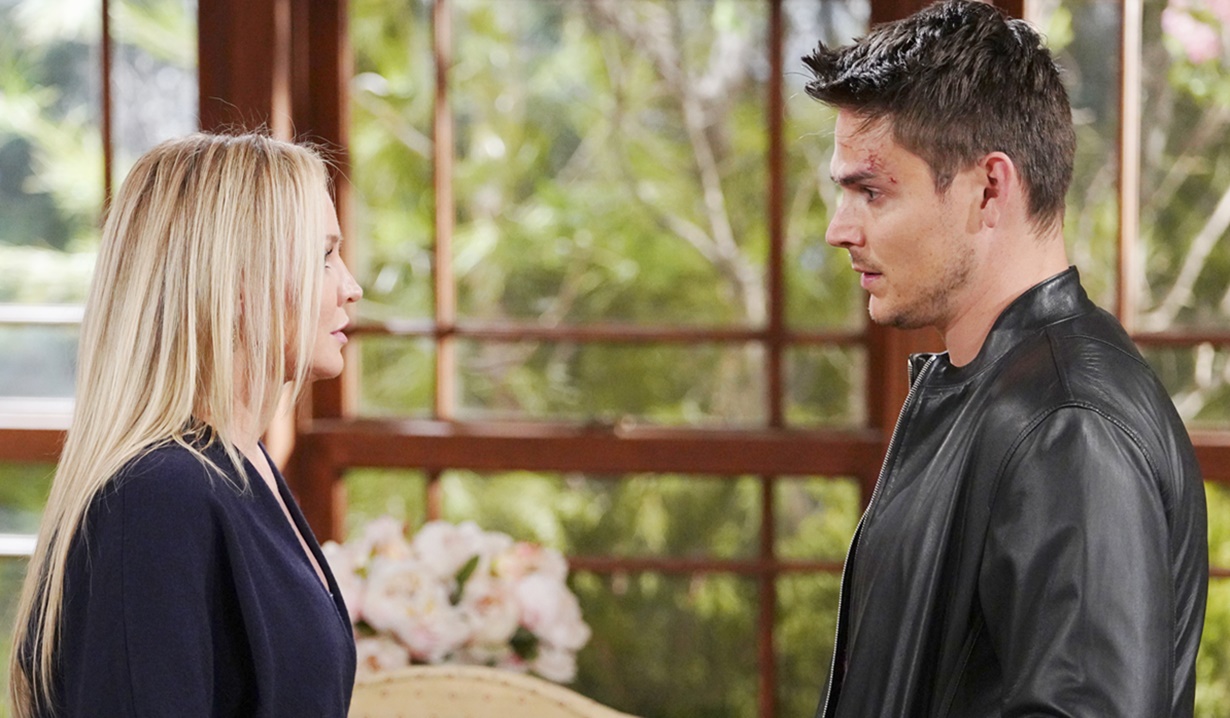 Sharon was quick to give her take when Shadam fans were left scratching their heads over one aspect of their reunion.

The big Newman drama surrounding Adam being on the run and Faith needing a kidney transplant collided this week in an emotional feast for fans of the Young & Restless. After a surviving a life-threatening tornado in Kansas, Adam made his way back to town with Nick to offer up the necessary organ to save Faith’s life. On route to the hospital, however, he made an important pit stop… Adam had to see Sharon.

Sharon and Adam fans were thrilled when her errant ex surprised her at home. It doesn’t take much to create a sense of intimacy in their scenes, given the chemistry between the two, but things went there immediately with Adam’s opening gambit — he wanted to see her alone.

While touching scenes followed in which he laid bare the thoughts he’d had about them while on the run, which included that no matter how far or fast he ran she’d always be with him, and that she sees him as no one else does — even Chelsea — what was surprising to some was that there was no physical contact between the two.

Sure, Sharon would be leery given the state of her marriage due to having been caught in the clutch with Adam on previous occasions, but the guy not only rushed her daughter to the hospital after her drunken driving wreck, but had just returned and put his freedom on the line yet again, to save her life for a second time. One Young & Restless viewer took to social media to question Sharon not even giving Adam a hug to thank him under the circumstances. “I was surprised Sharon didn’t hug Adam when she saw him in her house.” Twitter user, Desylva, really gave the character the business; “Come on Sharon, what’s stopping you?! Adam is standing there risking everything for your daughter. Is a hug too much to ask for?

This prompted a response from none other than Sharon Case, who said, “I have to agree. It was written bizarrely cold when the circumstances called for a much warmer encounter.”

There you have it, folks. Considering Sharon and Mark Grossman are a couple offscreen and there’s no need for them to social distance, it was a strange choice. And while that particular aspect of Friday’s scenes wasn’t written exactly as some would have liked, Sharon did finish her message on a positive note and teased, “But there are some other lovely scenes coming!” Excellent news!

I have to agree. It was written bizarrely cold when the circumstances called for a much warmer encounter. But there are some other lovely scenes coming!!

What did you think about Shadam’s cottage encounter? Would you have written it differently? Share you take with us in the comment section, but first, look back on photos of Sharon and Adam’s tortured love in the gallery below.

After a Visit With a Friend...

Diamonds Are Forever: On the Eighth...