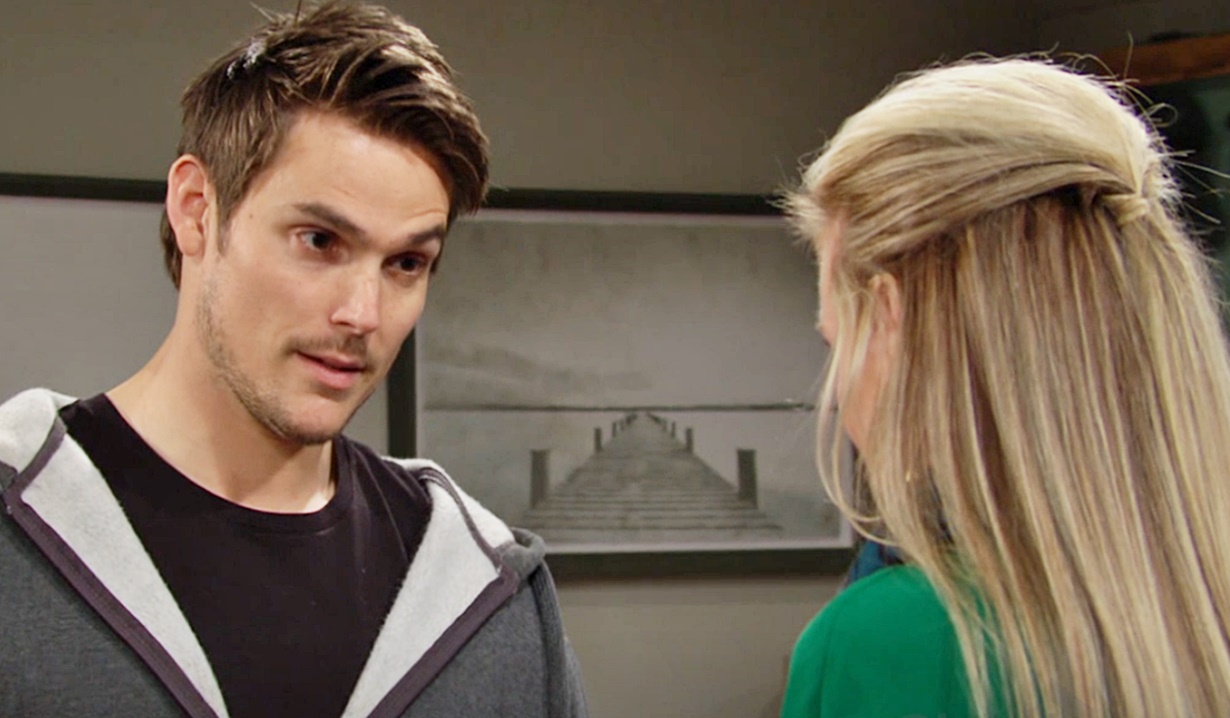 Amanda connects with more of her family.

In the Young & Restless preview for the week of April 5 -9, Adam and Sharon continue to remain in each other’s orbit, and Kyle gets a visitor he’d probably rather not see. Read on for the spoilers!

As Rey and Nick received a huge shock in learning it was Adam, who dropped everything while he was supposed to be on the run from the law, to get Faith to the hospital after her drunk driving accident. Meanwhile, Adam was blowing up Sharon’s phone begging for her help, and she predictably caved and agreed to meet him. Look for Sharon to head to the lake for another secret rendezvous with her ex. What does he want her to do this time? Only help him set a trap for Chelsea, who he suspects framed him for poisoning Rey. And he would be correct! But if Sharon caves and helps him… Oh who are we kidding, she totally will, what will it cost her? Her marriage? Faith? Everything?

The blows keep coming for Amanda, whose mother Naya reached out and asked her to defend her father Sutton Ames. His alleged crime? He’s been accused of killing Amanda’s father, who was a potential whistler blower about a questionable financial relationship between Sutton and none other than Newman Enterprises. Look for Amanda to meet her grandfather, you know, the one who forced Naya to give her and Hilary up. Will she take the case? You’ll have to watch to find out! Our money is she will, only if to learn the truth about what happened to her father. Could he actually be alive after all this time?

And finally, after spilling most of the beans to Jack about his affair with Tara Locke, Jack told his son that he would handle her husband Ashland, who has a nasty reputation of destroying companies whenever he feels personally slighted or attacked. Kyle however left out the detail about Tara’s son, which is also Jack’s grandson. Well, Ashland is back this week and asks Kyle point-blank if he slept with his wife.  We’re betting Ashland already knows the answer to that question and just wants to watch Kyle squirm. Will Kyle’s past mistake be the undoing of Jabot and John Abbott’s legacy?

Read the Young & Restless spoilers to learn who takes control at Jabot. Get your free daily soap-opera fix for The Young and the Restless — and all of the other daytime dramas — delivered straight to your email inbox by signing up for Soaps.com’s newsletter. And be sure to browse the below photo gallery that celebrates soap stars and their kids.

As The Young and the Restless’...