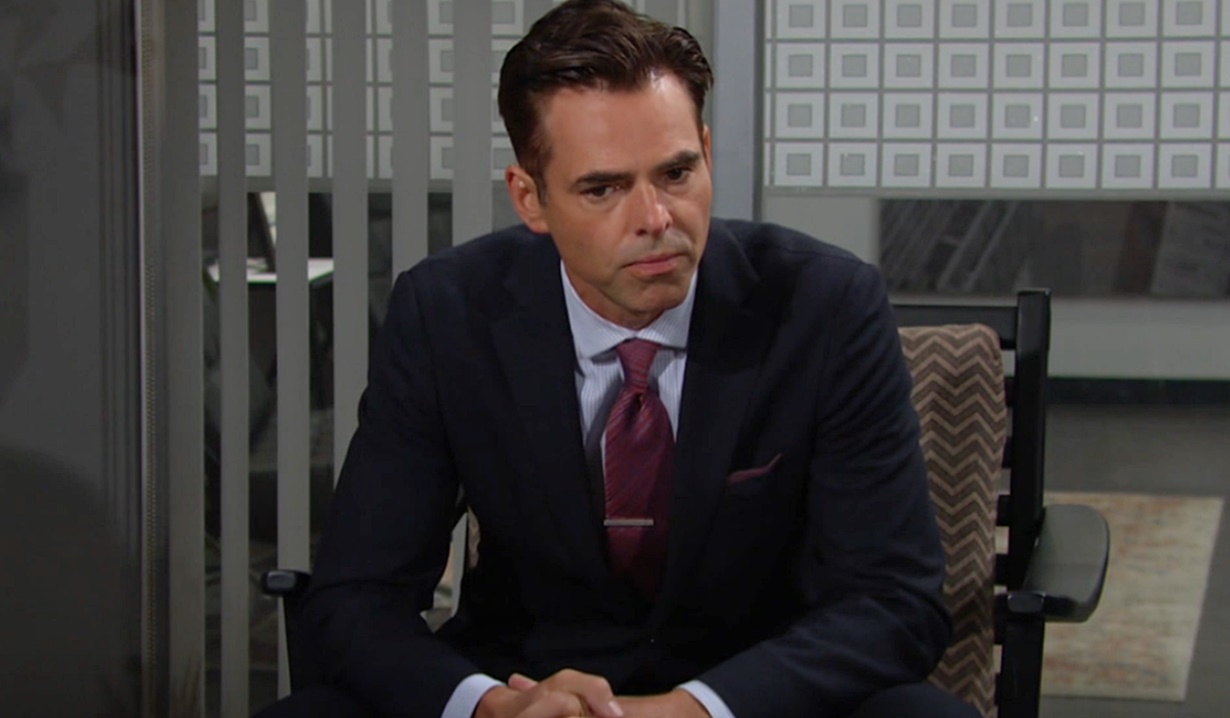 Sharon is upset with Nick for keeping something important from her.

In the Young & Restless weekly preview for the week of November 23 – 27, Sharon is furious with Nick for keeping secret the fact that Faith was caught suffering from a hangover. Last week, Nick learned from his girlfriend that his daughter had been drinking, and was furious with Faith given her grandmother Nikki is an alcoholic and booze played a part in Cassie’s death. Faith’s friend Jordan told her the next time they’d be more careful and wouldn’t get caught.

Nate arrives at Devon’s penthouse for Thanksgiving as Lily breaks out some wine. She’s glad he could make it, though Devon likely doesn’t share her sentiments. Devon and Nate’s relationship has been strained ever since the former learned that the latter had a one-night stand with Elena. Recently, Elena has found herself conflicted over her feelings for Nate, and agreed to go on a date with him if he ever asked her out. Devon meanwhile continues to grow closer to Amanda.

Rey pays Billy a visit to update him on the investigation into Chance’s shooting, in which Adam was the intended target. Billy doesn’t appear surprised by the ballistics report as the case against him becomes more damning. Last week, Paul discovered an earbud at the scene of the crime and it matched a single one found in Billy’s office. It appears either Billy is guilty, or someone is out to frame him. Oh, by the way, Chance will have a new face this week, and will be played by a Young & Restless actress’ husband!

Jack opens up a document and tells a stunned Kyle that Theo is suing them for Dina’s entire estate. After feeling slighted that he was left out of Dina’s will, Theo was determined to stick it to the Abbotts and get what he felt he was entitled to.

The Young & Restless Twist That...