Is The Young and the Restless *Really* Going to Let Adam Go Past the Point of No Return? 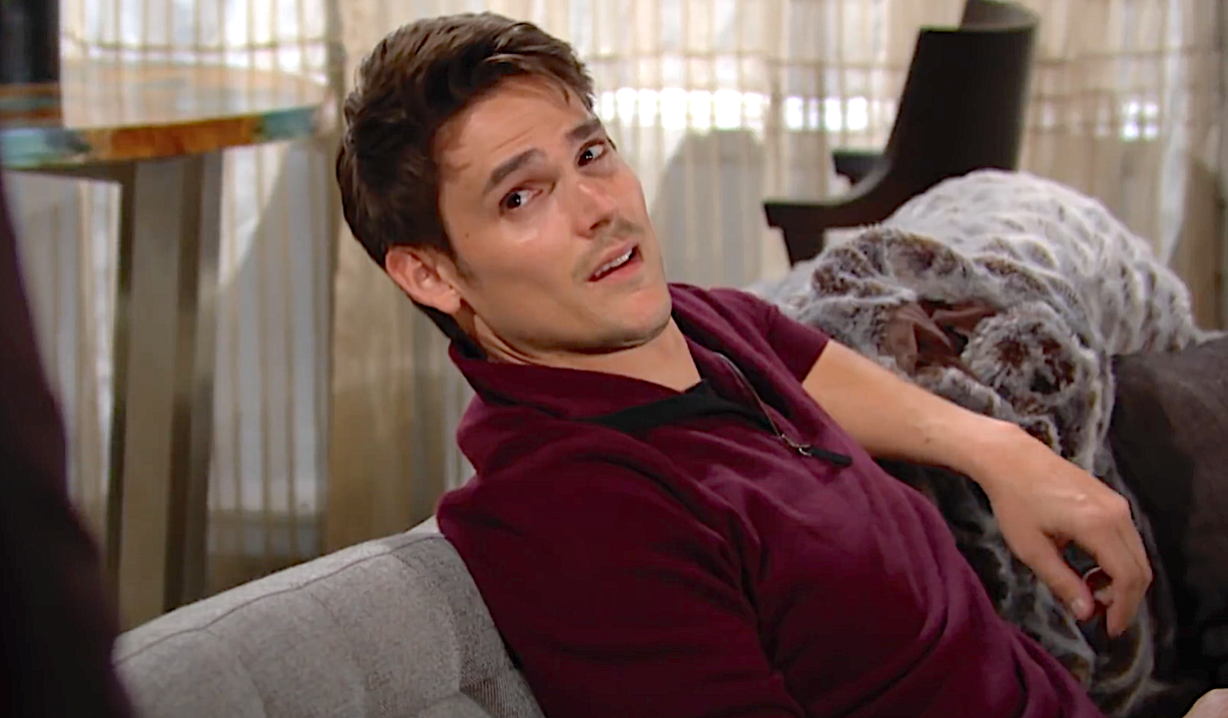 If he intends to do what we — and Chelsea — think he is, there may be no redeeming him.

After The Young and the Restless’ Chelsea got a gander at Adam’s laptop, she took the words right out of our mouths when she gasped on October 4: “Tell me you’re not planning what it looks like you could be planning” — because it looked like what he was planning was to blow up Newman Enterprises with the CEO’s office at the center of the blast zone.

We were as shocked as Adam’s sometime wife. It’s not that we aren’t well aware of his capacity for evil; he is, after all, the villain who “haunted” then-stepmom Ashley to the point that she miscarried his half brother, stole Sharon’s newborn and Gabe Bingham’s identity, and tried to stick it to dad Victor by almost fatally messing with his medication.

But this… this would be on a whole other level. This isn’t tortured anti-hero [bleep], this is out-and-out murderer [bleep]. Chelsea tried to downgrade her concern. “Are you planning some heist? Digital espionage?” she asked hopefully. “Or something worse? Do you want to do something to the building, the people in it?”

Adam insisted that her “imagination [was] running wild.” She didn’t think so, though, and neither do we. Even the younger version of himself with whom he’s been conversing is worried. “What you’re doing now,” the kiddo warned, “is worse than anything you’ve done before.”

Que sera sera, replied Adam (in essence). “It’s too late to change course now. Everything that has happened, it has led to this.” 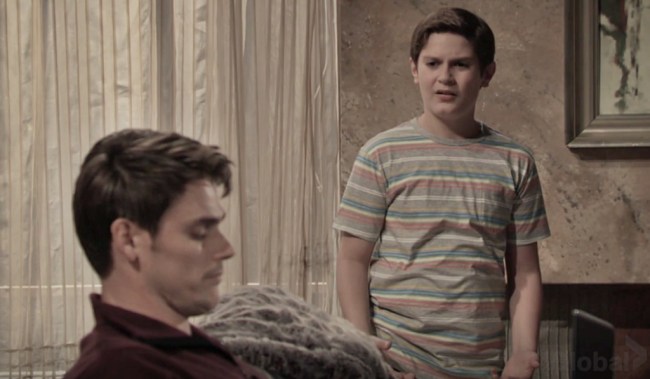 “You’re so gonna get detention.”

Maybe he’s right. In a sad way, but still. Even before Adam lost his moral compass — mom Hope — he’d taken a life, a trauma from which he was never allowed to truly heal. Since coming to Genoa City, he’s had a contentious-at-best, toxic-at-worst relationship with his father, Victor. On one hand, Adam desperately wants Daddy’s approval; on the other, he resents Victor for his perceived favoritism toward his children who never tried to frame him for murder.

It’s the very definition of a push/pull no-win situation, one that only recently inspired Adam to declare himself no longer a Newman — he was going back to his mom’s surname, Wilson.

But, since learning what he did at age 11, Adam has become more and more unstable. So a trip to the DMV to change the name on his driver’s license can give him no real satisfaction. That, it would seem, will take a more extreme measure, potentially one with a death toll. 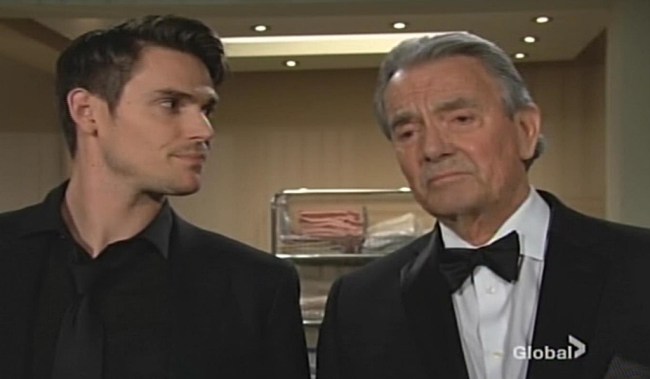 “And another thing, Dad: I refuse to follow the dress code.”

Would The Young and the Restless really go down that road with Adam, a legacy character that’s survived three recasts and two “demises”? It actually might, if only because the powers that be could see Adam’s mental problems as a way out of the corner into which he’s being written. Can he really be held responsible for actions that he took when he wasn’t in his right mind? If a “murder tumor” can absolve Franco on General Hospital and therapy can cure Days of Our Lives’ Necktie Killer, Ben, not to mention Claire, why not, right?

Perhaps the show is only using this dramatic plot to lead us ever closer to a reunion between Adam and ex-wife Sharon. Previously, he’s thought that she was the only therapist — the only person, in fact — who could help him deal with his issues. If in riding to his rescue, their healing became… er, sexual in nature, it would not only save Adam but kick off a new arc in Shadam’s on-again/off-again love affair. 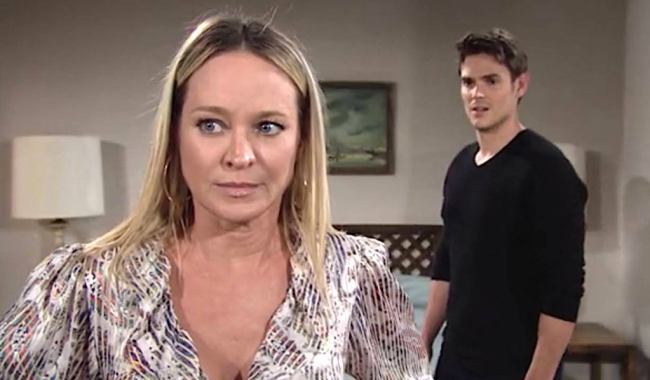 “Don’t turn around, and maybe the attraction will go away.”

Such a development would have the added benefit of propelling into a new story Rey — you know, the guy Sharon’s planning to marry. Could such a betrayal — especially after all he went through with his last wife and his brother! — actually bring out a dark side in the detective that we haven’t seen before? Would he use his position on the Genoa City Police Department to try to remove Adam from Sharon’s life — and arms — by hook or by crook? Or, in his heartbreak and anger, would he fling himself into a new affair — maybe with the one person who’d be as upset about a Shadam reunion as he would: Chelsea! The possibilities are endless.

So, what do you think, Young & Restless fans? Is the show going to make Adam a premeditated murderer? (That ominous canister he received at the end of the episode certainly seems to indicate that it is.) Or will Sharon — despite the fact that she may be the worst therapist ever — be able to curb his seemingly homicidal tendencies? On your way to the comments, stop by the below photo gallery, to peruse images of some of soapdom’s other sexy baddies. 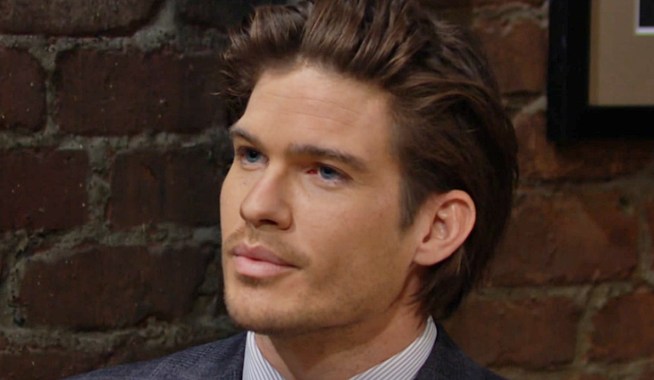 Fans Dismayed and Bewildered at Young & Restless Ousting a Legacy Character: 'Theo Is Needed for the Young Set'

Are We Supposed to Hate The Young and the Restless' Kyle — Because If Not, The Show Has a Very Big Problem 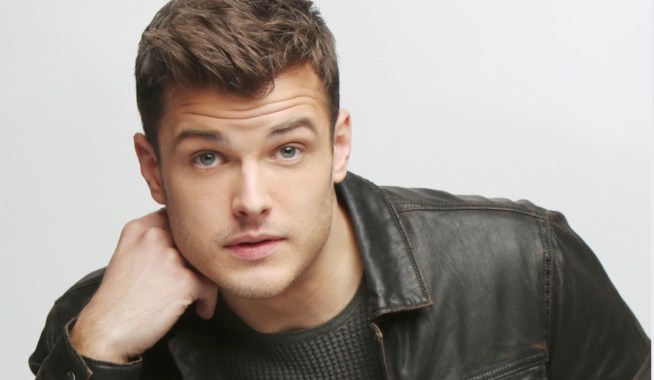