The Young and the Restless Is Suddenly Hot as Hell Again — How’d the Show Get *That* Good *That* Fast? 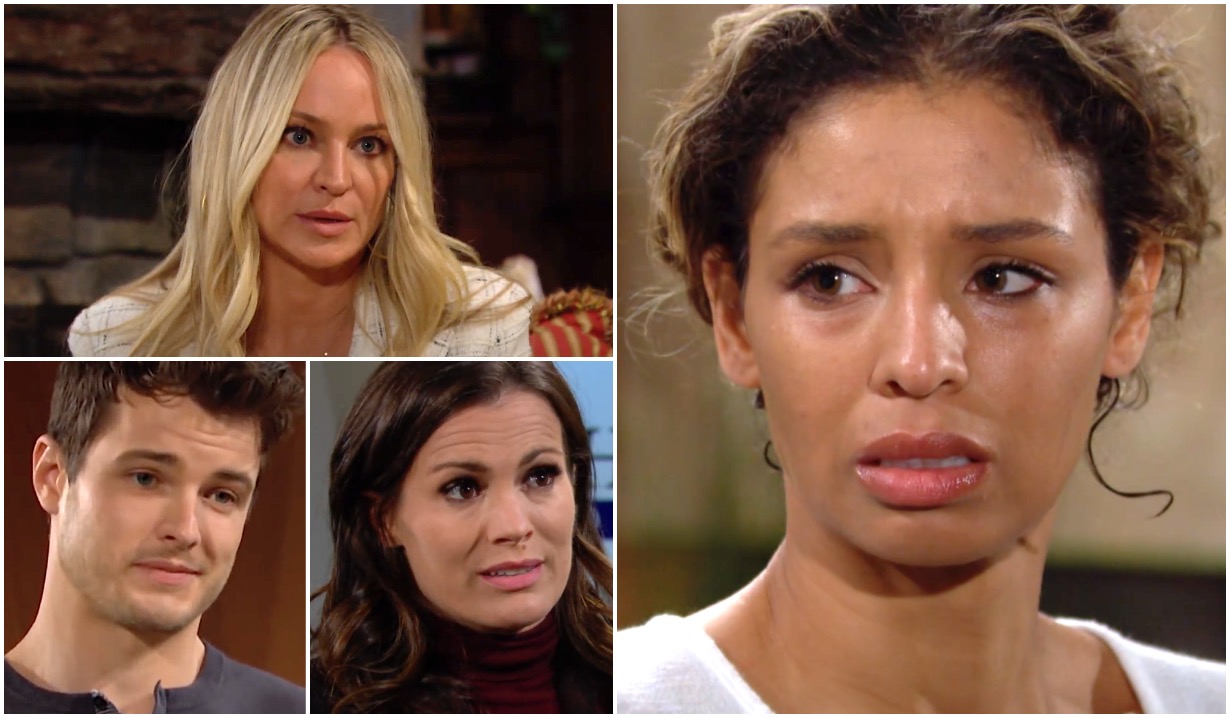 Overnight, the CBS soap has become a sensation.

Regular readers of Soaps.com will be aware that we often take the shows to task when they are, shall we say, underperforming. When plots are going nowhere. When plots aren’t making sense. When plots are, you know, just bad. Or, worse, boring.

We don’t like to do that, mind you. We root 24/7 for all four daytime dramas to fire on all cylinders. We want them to kick so much butt that the networks resurrect All My Children, As the World Turns and Santa Barbara. (Hey, we can dream.) So the first few weeks that The Young and Restless was back with new episodes post-shutdown were hard. It felt like instead of hit the ground running, the show hit the ground and… just kinda laid there. Characters wandered around in search of a storyline and came up empty-handed. It was disheartening.

So imagine how thrilled we are to report that the soap has course-corrected in a big — and hugely entertaining — way. Seemingly overnight, [bleep] started happening all over the canvas. Jack began looking for the Teardrop of Love, and unless we miss our mark — and when has that ever happened? — at the end of that road will be the beginning of a new romance. (We have a few ideas about with whom that romance will be, too.)

More: How Dina’s death will impact her loved ones

Sharon admitted that she’ll always have feelings for Adam — she’d even always love him. So what did she do in the wake of that confession? Run right home and pop the question to Rey, the far more sensible mate for her. Is she kidding herself, trying to believe that she can be happy with Rey when she really wants to be with Adam? Of course she is. And therein lies the juicy drama. (It’s also classic Sharon, trying to listen to her head when at the end of the day, her heart is always going to be louder.)

More: Could Y&R’s Sharon be the worst therapist ever?

As Billy and Lily inch ever closer to mixing business and pleasure — at last! — it’s looking more and more like his and Victoria’s son Johnny is going to become the focus of a custody battle with biological mother Chelsea. (Given the vast number of skeletons in all three parents’ closets, that case promises to be U-G-L-Y — in other words, high-stakes, lowdown and riveting.) At the same time, Victoria has bought a 75-percent stake in the Grand Phoenix, sparking a turf war with sometime sister-in-law Phyllis that’s already a thousand times more interesting than was the redhead’s lopsided battle with Abby.

No sooner had Kyle and Summer decided to elope than she saw a text exchange between her intended and his former wife Lola and did what any impetuous twentysomething would: She ran for the hills, an emotional wreck. (In the process, she may have just served Kyle to Lola on a silver platter — here’s why we suspect that may be the case.) And perhaps most excitingly, Elena let her fears that Devon is as attracted to Amanda as he was to late lookalike Hilary tuck her into bed with Nate. Were we screaming even as she did it, “No! No! Back away from the sexy doctor!”? Yes, of course we were. We’re Team Elevon all the way. But it was a terrifically soapy twist and sets the stage for a ton more drama. (If our hunch is correct, in particular over the next nine months.)

What do you think? Haven’t you noticed that the show has been on fire lately? What storylines are really grabbing you? Hit the comments with your own reviews and, while you’re here, check out the below gallery of the show’s all-time best characters.