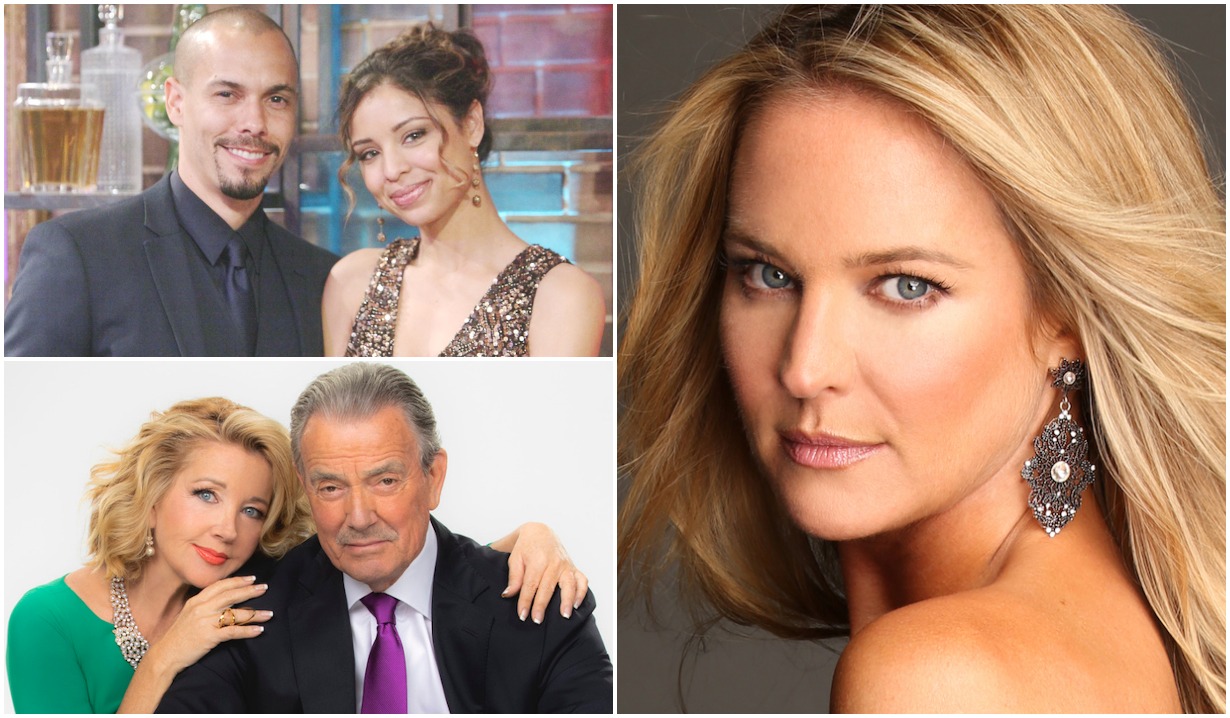 A family feud could leave Genoa City’s residents — and viewers — having to pick sides!

When The Young and the Restless first returned from its extended hiatus with new episodes, it’s safe to say that there wasn’t an awful lot going on. But over the past two weeks, stalled storylines have been picking up steam… and that’s going to continue as we plow through October on our way to November, the month that plays host to the always-exciting sweeps period! Relationships will be challenged, families will be torn apart, romances will flourish and a familiar face or two will resurface! Read on for a peek at not only what will happen but what we predict could be in store for some of your Genoa City favorites! 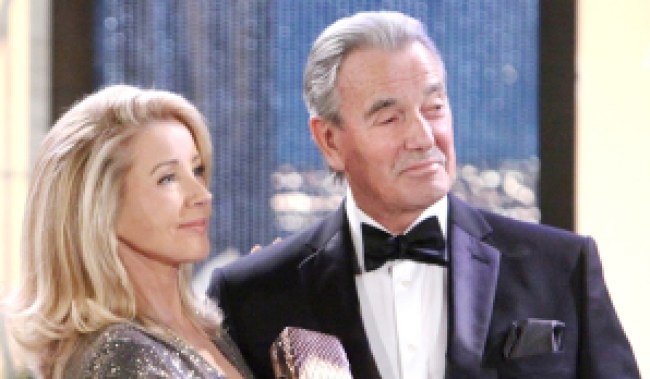 A Supercouple in Crisis!

Adam has spent much of his time in Genoa City at odds with the family he probably wishes he’d never found out he is a part of. Though he often raises his fists to the heavens and curses the ties that bind him to the Newmans, he doesn’t seem all that bothered by the lifestyle that being Victor’s son has afforded him. (If he were, he’d simply pull a reverse Beverly Hillbillies by packing up the penthouse and returning to Kansas.) And while this is not the first time he’s declared war on his father, the consequences of the latest round of their never-ending battle could prove higher than ever. Watch for Adam’s antics to actually create a wedge between Victor and Nikki (which won’t likely score him any points with the popular pair’s fans!). And then there’s Adam’s relationship with Chelsea. Although she fully supported his desire to bring down Victor, she could wind up regretting it if the fallout hits too close to home!

Another potential casualty of Adam’s plots? Billy and Lily’s foundling company. When Jill convinced the two of them to head up Chancellor Communications, she hoped that Lily’s level-headedness might balance out Billy’s tendency toward rash behavior. But that proved a pie-in-the-sky goal when Billy published his Adam-bashing, Victor-trashing article without thinking twice about the fact that it could bring about the end of the company (and, not for nothing, possibly even his own life, given that Adam has been threatening to murder him for not killing the story!). When Lily has to make a major decision, will it be with regards to her personal or professional life? 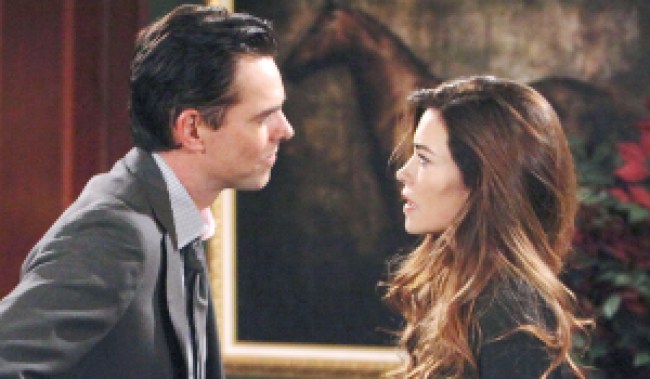 For a while there, Victoria seemed to lose her mojo. Since taking over Newman Enterprises, however, she’s become more her father’s daughter than ever. (Maybe the infamous chair behind the desk she now occupies has some supernatural powers!) Unfortunately, some of her latest moves have put her at odds with her family, especially where her decision to feed Billy incriminating evidence against Adam — which happened to also paint her dad in an extremely negative light — was concerned. But Victoria isn’t about to back down and will prove it by making a move nobody saw coming. Will she and Victor find a way to heal the rift between them, or will the fact that she’s now employing many of the tactics learned at his knee ironically make it impossible for them to find common ground? 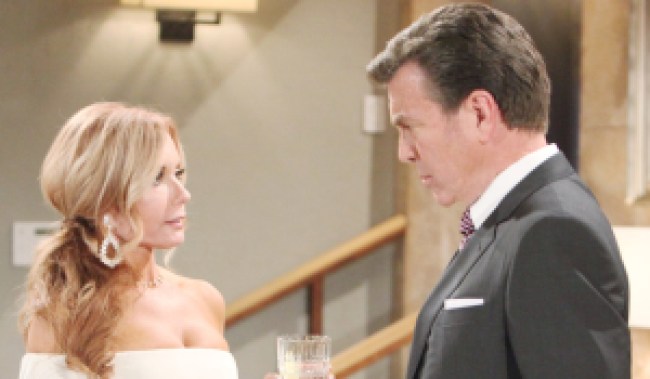 A New Love For Jack?

It’s been a long time since Smilin’ Jack had a reason to grin, but that could all change for him this fall. Heck, perhaps by Thanksgiving, he’ll have a lady of his own to invite to the Abbott mansion for turkey and all the fixings. Certainly there are a plethora of options available to Jack, although some might not be quite as footloose and fancy-free as he is! Our personal favorite among the contenders might well be Lauren. Yes, that Lauren, the one currently married to Michael. It was hard not to notice the sparks which flew between the longtime pals when she tried to help Jack ease his way back into the dating pool earlier this year. As much as we love Michael and Lauren, it’s easy to imagine him working late nights on a tough case leaving her free to be Jack’s wingwoman… only to have both realize that they’ve stopped looking for his potential mate and started looking into one another’s eyes a little too longingly!

More: This Y&R newbie could be trouble!

Then again, perhaps it’ll be another member of Michael’s clan to whom Jack finds himself being drawn. With Judith Chapman set to return as Gloria, Jack could find himself lured back into the arms of his former stepmother! The two always insisted that their relationship was more about mutual satisfaction than romance, but they wouldn’t be the first pair to discover that sometimes, the best perk to come from a friends-with-benefits scenario is love! (Heck, watching the rest of the family react to Gloria moving back into the mansion would make the whole thing worthwhile!) 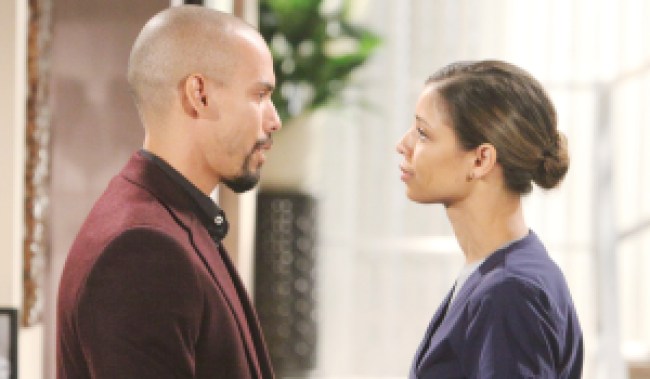 Will Elena Destroy Her Own Relationship?

Devon will continue to walk the fine line between helping Amanda discover as much as she can about her late sister, Hilary, and keeping girlfriend Elena from becoming too jealous. But it definitely is not going to be easy! As Brytni Sarpy says of alter ego Elena, “She’s really become her own worst enemy at this point. Her insecurities are understandable, but she needs to find a way to get them under control.” That may be easier said than done, especially once lines are crossed and complicated emotions bubble to the surface.

More: Is Y&R’s Elena going over the edge?

Meanwhile, Amanda’s search for answers just might lead her down paths best left unfollowed. There’s a reason people are usually urged to let sleeping dogs lie! But of course, this being a soap, the desire to know who she is and where she comes from will prove impossible for Amanda to resist. Will she uncover truths best left unspoken?

In Other Genoa City News…

Kyle and Summer are young, in love and ready to make it official. But more than a few of their nearest and dearest think the lovebirds should invest in a throw pillow embroidered with the age-old reminder, “Marry in haste, repent in leisure.” Will they be able to prove the naysayers wrong? Interestingly, the exact same questions could be asked of Summer’s parents, Nick and Phyllis. Although the formerly-wed couple practically had a hissy fit upon finding out about their daughter’s engagement, they, too, are forging forward despite the warnings of others. Perhaps their throw pillow should say, “Those who forget the past are doomed to repeat it.”

Following her latest round of surgery, Sharon will begin down the long, slow road to recovery. Will the second time prove the charm where removing the invasive cells from her body is concerned? Meanwhile, with Adam’s aforementioned battles heating up, will Sharon get caught up in his drama at the expense of her own health and possibly her relationship with Rey? (And not for nothin’, but could she actually be the worst therapist of all time? Wait — read our reasoning here.)

As we head inexorably toward November sweeps, which storylines are you most looking forward to and why? Share your thoughts in the comment section, then click the gallery below and join us in trying to figure out who Amanda’s biological mother might really be! 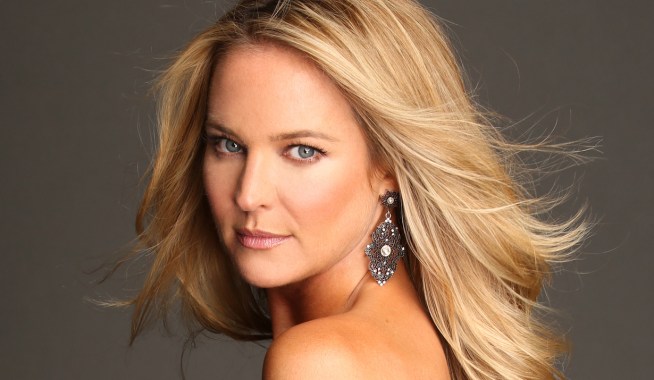 The Young and the Restless' Sharon May Just Be the Worst Therapist Ever — Wait, Hear Us Out… 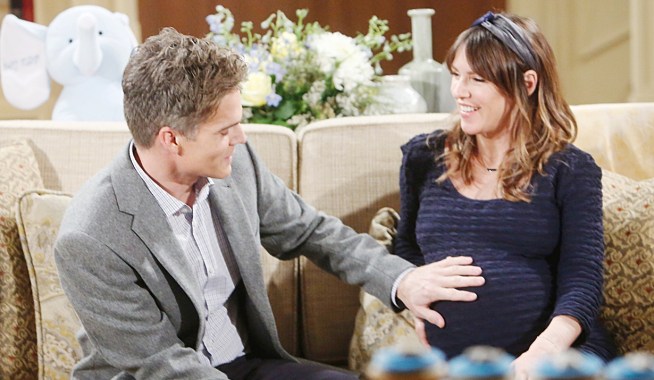