Young & Restless’ Brytni Sarpy Warns That Elena’s ‘Going Off the Deep End’ — Plus, Mishael Morgan Says Things Are About to Get ‘Intense’ 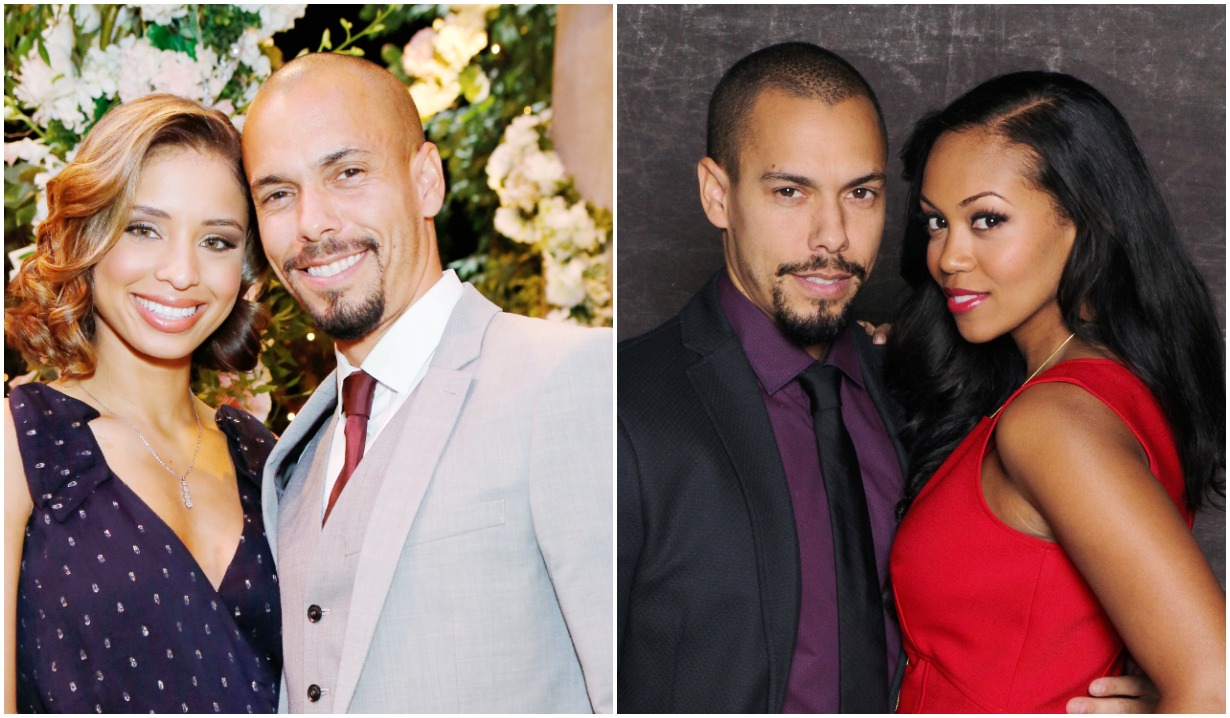 Is Devon’a girlfriend proving to be her own worst enemy?

Although the characters they play seem to be on a collision course, The Young and the Restless’ Brytni Sarpy (Elena) and Mishael Morgan (Hilary) were all smiles during a Monday-morning Instagram Live chat with fans. Previewing big drama to come for their alter egos, Morgan said she’d even dressed for the occasion, standing to show a shirt fans had sent emblazoned with the phrase, “I don’t want your man!”

Laughing, Sarpy said that someone needed to tell Elena — who is on the verge of “going off the deep end” — to chill out. “She’s going to screw up her situation!” Morgan agreed, although both acknowledged that Devon’s live-in love had good cause to be concerned, given how much time he’s been spending of late with Amanda, who happens to be a live ringer for his dead wife.

“I think Elena is afraid he might fall in love with [Amanda],” sighed Sarpy. “People get insecure, and they create their own insecurities out of nowhere. In life, you either lead with love or fear, and when Elena’s not leading with love, she’s leading with a lot of fear!”  If there’s a bright side to the conundrum, it’s that the actress is getting to play something different than she has in the past. “I like the conflict that’s building,” she acknowledged. “It’s definitely a different layer for Elena. She’s been playing this strong force for Devon, and now we see the cracks come out a year later. It makes her more human.”

For her part, Morgan thought that perhaps under different circumstances, Elena and Amanda might be friends, something that seemed to briefly be toyed with on air. “It was never gonna last that long,” she added with a laugh. “There was going to be some backstabbing from somebody!”

With tensions mounting, Sarpy previewed that “everything from here on out is gonna be intense!” Morgan added that things were going to “get messy, and messy is fun when you’re talking about [The Young and the Restless]!”

Does Elena have good cause for concern, or is she allowing her insecurities to create a self-fulfilling prophecy where Devon and Amanda are concerned? Head to the comment section to tell us which woman you think will wind up with Devon’s heart. Then visit the gallery below to relive the romance of Devon and Hilary… unless, of course, your name happens to be Elena!

With Devon Set to Grow Closer to...

Could This Young & Restless Newcomer...