Report: The Young and the Restless Alum’s Engagement to Superstar Singer Is Close to Kaput 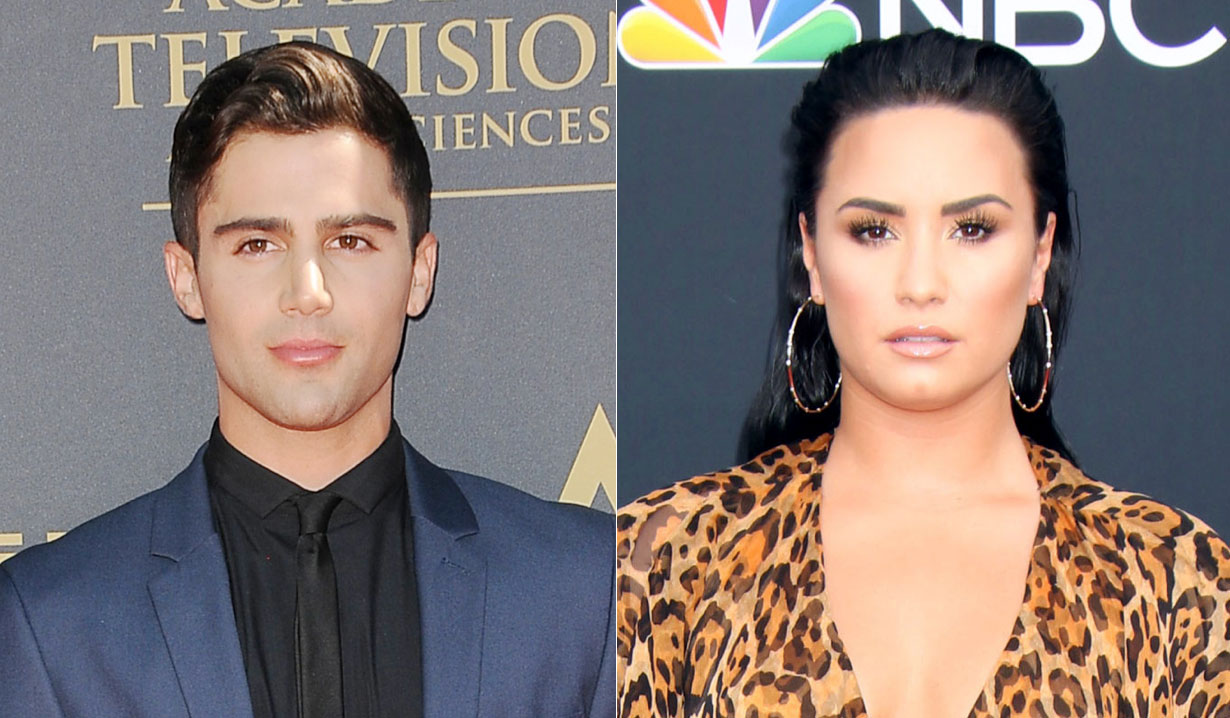 A social media romance could be over.

Young & Restless alum Max Ehrich’s (ex-Fenmore Baldwin) love story with singer-actress Demi Lovato seemed like the fairytale story needed in the summer of 2020. The two reportedly began dating in March 2020 before the world got turned upside down. As everyone was sent into lockdown, the two expressed their love to one another over numerous Instagram photos before finally making their relationship public. The media and their fans ate it up. In July Lovato and Ehrich announced their engagement.

Now the tide has appeared to turn. Page Six is reporting Lovato and Ehrich may be done, according to a source close to the couple. The unnamed source told them, “It’s not over yet, but it’s on its way there.” Lovato and Ehrich, who used to be the first to like each others’ posts on social media, haven’t in a few weeks. Lovato’s last post referencing her fiancé came about a week ago in reference to a video with Marshmello, the stage name of American DJ Christopher Comstock. She wrote on the video of Marshmello proposing to her, “You know I love you Marshmellow Music… but uhhhhh Max Ehrich made his move first.”

You know I love you @marshmellomusic 💖😂

Ehrich hasn’t directly mentioned Lovato in over three weeks. He is currently working on and promoting his upcoming film Southern Gospel, based on the true story of rock star Samuel Allen (played by Ehrich) who must overcome seemingly endless obstacles on his journey to fulfilling his childhood dream. His most recent Instagram post about the film has the comments turned off. He also addressed brewing controversy in an earlier post. “In regards to #maxehrichisoverparty lol (where’s the party I wanna come)… I genuinely DGAF about these lower vibration comments. I just hope y’all find Jesus in your heart. God bless.”

Trouble seemed to start brewing when screenshots emerged of Ehrich supposedly leaving inappropriate messages on social media about Selena Gomez, Ariana Grande, and Miley Cyrus, some over two years old that fans dug up. Lovato later claimed the screenshots were fake and blasted people for trying to pit the women against one another.

While neither has spoken out about their relationship status in light of the latest reports, Lovato today announced a partnership with the online therapy ap Talk Space. “So so so excited for you to see what I’m working on with Talk Space. It’s something that’s extremely close to my heart… I encourage all of you to take care of your mental health as it’s so important to be in tune and check in on yourself! Talkspace makes it super easy to connect with a licensed therapist right from your phone. I’m so proud to announce that they are offering $120 off your first month of online therapy when you use code DEMI120 and visit talkspace.com/demi.”

So so so excited for you to see what I’m working on with @talkspace 👀💗😝 it’s something that’s extremely close to my heart… I encourage all of you to take care of your mental health as it's so important to be in tune and check in on yourself! Talkspace makes it super easy to connect with a licensed therapist right from your phone 💗 I'm so proud to announce that they are offering $120 off your first month of online therapy when you use code DEMI120 and visit talkspace.com/demi

Soaps.com sends only positive vibes to Ehrich and Lovato. As we continue to follow this story, check out our gallery below of soap opera stars who fell for singers. Then get your free daily soap-opera fix for Young and Restless — and all of the other daytime dramas — delivered straight to your email inbox by signing up for Soaps.com’s newsletter.

<p>These days, <em>The Bold and the Beautiful</em> and <em>The Young and the Restless</em>’ troublemaking Amber Moore is married (to <em>Guiding Light</em> grad Scott Bailey) with <a href="https://soaps.sheknows.com/the-bold-and-the-beautiful/news/571814/bold-beautiful-adrienne-frantz-newborn-photo/" target="_blank">children</a>. But in the early 2000s, the apple of her eye — or should we say “Iris”? — was Johnny Rzeznik, the lead singer of the hitmaking rock band the Goo Goo Dolls. “He’s a good balance for her,” <em>B&B</em> castmate Susan Flannery (ex-Stephanie) observed to <a href="https://people.com/archive/no-down-time-vol-56-no-5/" target="_blank"><em>People</em></a>. “He seems able to calm and reassure her.”</p>

<p>Long before he played Dusty Donovan on <em>As the World Turns</em>, much less Kyle Sloane on <em>General Hospital</em>, McCouch spent three years on the arm of much-older Tony winner Betty Buckley — yes, the stepmom from <em>Eight Is Enough</em>, the gym teacher from the original <em>Carrie</em> and the Broadway legend who sang “Memory” in the original New York cast of <em>Cats</em>. “True women-lovers like myself go through this evolution,” McCouch explained to <em><a href="https://www.soapoperadigest.com/content/grayson-mccouch-dusty-atwt-0/" target="_blank">Soap Opera Digest</a></em> in 2003, “where when they’re younger, they go for older, and when they’re older, they go for younger.”</p>

<p>Matthew Atkinson’s predecessor as <em>The Bold and the Beautiful</em>’s Thomas Forrester fell hard for the <em>Victorious</em> songbird while they were working together on the movie <em>Naomi and Ely’s No Kiss List</em>. “I had no idea who Victoria was,” he admitted to <a href="https://www.teenvogue.com/story/pierson-fode-naomi-and-elys-no-kiss-list-interview" target="_blank"><em>Teen Vogue</em></a> at the time. She had no clue who he was, either. “I met him at the audition,” she told <a href="https://www.eonline.com/news/694690/victoria-justice-talks-really-sweet-boyfriend-pierson-fod-eacute-says-dating-in-the-spotlight-can-be-uncomfortable-watch" target="_blank">E! News</a>. “He’s a great guy… really sweet and just a great, really tall person.” Sadly, his sweetness and height couldn’t keep the romance on track. <a href="https://www.seventeen.com/celebrity/celebrity-couples/news/a36180/victoria-justice-and-pierson-fode-have-broken-up-after-two-years-of-dating/" target="_blank"><em>Seventeen</em></a> reported their breakup in 2015.</p>

<p>After a decade of marriage and the birth of son Axl, the <em>All My Children</em> alum (who played Leo du Pres) and <em>Transformers</em> action hero called it quits with wife Fergie, the eight-time Grammy winner who went from <em>Kids Incorporated</em> to the Black Eyed Peas. Following their separation, Duhamel pointed out to the <a href="https://armchairexpertpod.com/pods/josh-duhamel" target="_blank"><em>Armchair Expert</em></a> podcast that “I’m not 30 years old anymore. I want to have more kids in the next few years. So it’s more about finding someone young enough to have kids. It’s not as if I’m out there trying to just [bleep] anything.” Good to know, Josh. Good. To Know.</p>

<p>Soap fans know Douglas as <em>One Life to Live</em>’s Dylan Moody, <em>The Young and the Restless</em>’ Sean Bridges and/or <em>Passions</em>’ Antonio Lopez-Fitzgerald. But outside of daytime, he was known, at least in the late 1990s. as the person to whom folk-pop star Jewel was likeliest to sing “You Were Meant for Me.” Ironically, the actor, once chosen as one of <em>YM</em> magazine’s 50 Most Beautiful Guys, didn’t appear in a music video for his girlfriend but for alt-pop goddess Tori Amos (that’s him <a href="https://www.youtube.com/watch?v=w_HA5Czhtx4" target="_blank">cutting carrots in “Cornflake Girl”</a> on YouTube).</p>

<p>If any couple can break the soap star/singer curse, it’s gotta be <em>The Young and the Restless</em>’ former Fenmore Baldwin and the “Sorry Not Sorry” powerhouse. As he put it on Instagram after they became engaged in the summer of 2020, “I cannot spend another second of my time here on Earth without <a href="https://soaps.sheknows.com/the-young-and-the-restless/news/572986/demi-lovato-max-ehrich-engaged-young-restless/" target="_blank">the miracle of having you as my wife.</a>” Responding to <a href="https://www.instagram.com/p/CC-S49WhMDR/" target="_blank">a post of his future bride’s</a>, he added, “You make me want to be the best version of myself. I’m honored to accept your hand in marriage. I love you more than a caption could express.” Even a really, really <em>long</em> caption!</p> 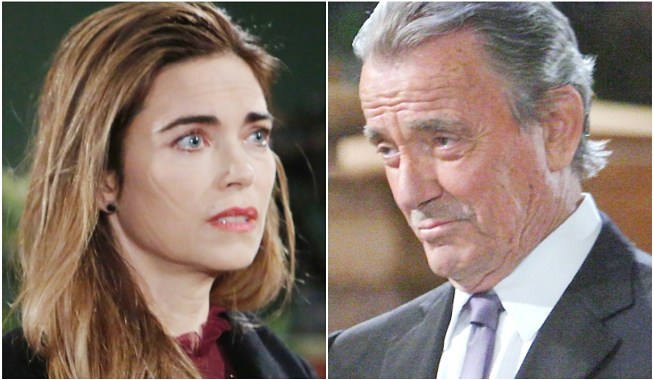 The Young & Restless Betrayal That Could Destroy Victor and Victoria's Relationship Forever! 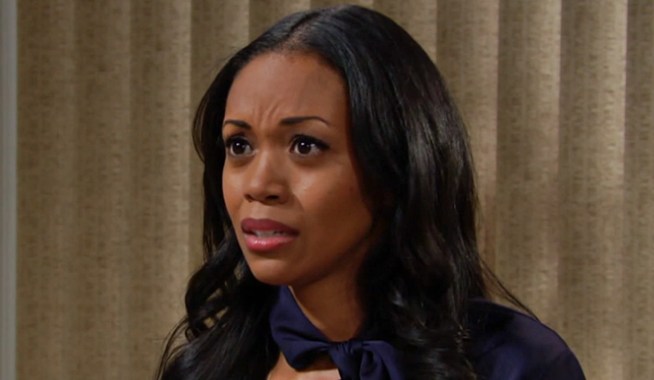