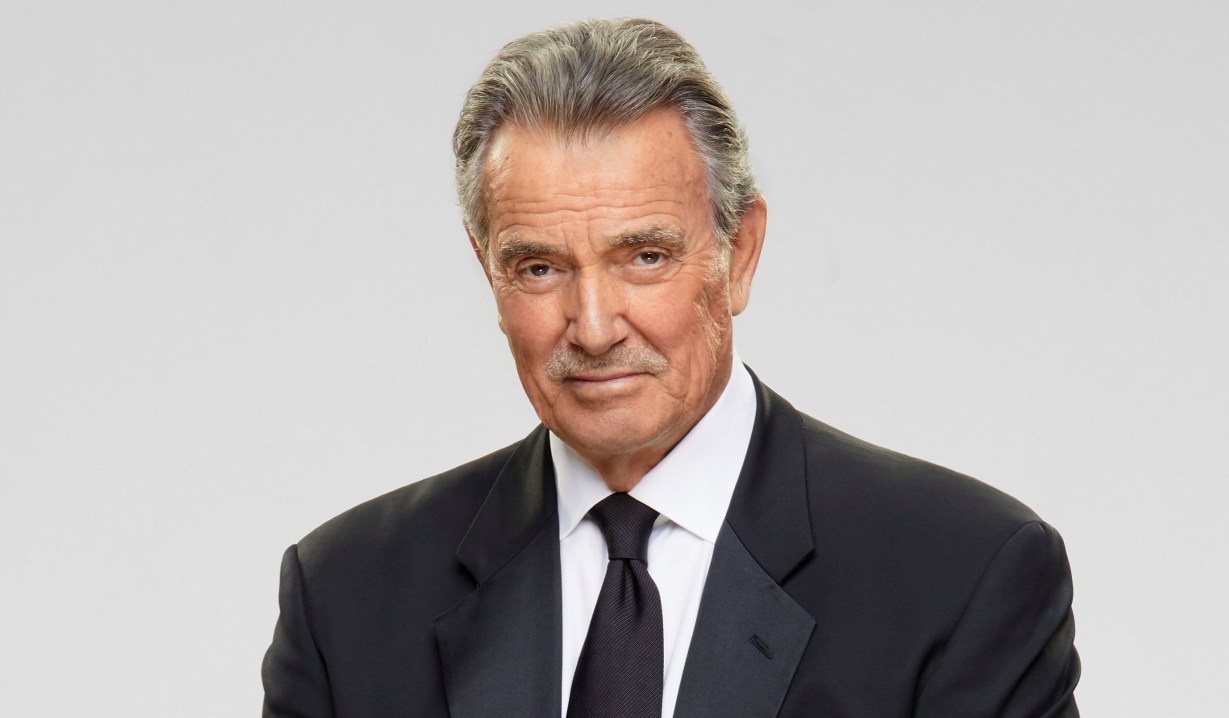 Victor may be at war with Adam, but his Emmy-winning portrayer just wants to hug it out!

With great power comes great privilege, and as one of daytime’s biggest stars, The Young and the Restless’ Eric Braeden knows that his opinion carries some weight. Like alter ego Victor Newman, Braeden is not afraid to draw a line in the sand where his beliefs are concerned. And like Victor, the actor has the courage of his convictions, repeatedly proving himself willing to not only make his stances clear but stand behind them, even if others disagree or disapprove.

Where the two men differ, however, is in their ability to, at the end of the day (or a particularly heated conversation), agree to disagree. Cross Victor Newman, and he’s likely to do everything in his power to destroy you. But after a day of crossing Twitter swords with those who disagree with his boldly-stated political viewpoints, Braeden chooses to walk away with a message of unity.

More: Y&R’s star defends herself against a former fan!

Take, for example, his final tweet on September 22. “We may disagree on what’s going on politically,” he wrote, “but let’s not allow anyone to drive us apart as Americans! Let’s shake hands or give each other a hug… oops, well, maybe when this damned virus is under greater control!”

Good night, everyone! Been up since 6 am ! We may disagree on what’s going on politically, but let’s not allow anyone to drive us apart as AMERICANS! Let’s shake hands or give each other a hug….oops, well, maybe when this damned virus is under greater control! 👍😷🙏💪

With over 150,000 Twitter followers, it’s safe to say that Braeden’s feed is never boring! Conversations can go from intense debates about politics to storyline commentary in a heartbeat. (“Not to change the subject,” tweeted Mary Lou DelTinto before doing exactly that, “but doesn’t your ‘son’ Nick have a job? He’s usually in the park, at [the] Grand Phoenix, Society or visiting someone!”)

Not to change the subject but doesn’t your “son” Nick have a job?? He’s usually in the park, at Grand Phoenix, Society or visiting someone.

Braeden is also a staunch defender of his castmates, having been one of the most outspoken advocates of Doug Davidson, whose long absence from the show has been a bone of contention among viewers for some time now. (While Paul will finally reappear in Genoa City on October 9, Davidson warned fans not to “get too excited,” given that it was a one-day stint.) Heck, after reading the tome written by on-screen wife Melody Thomas Scott (Nikki), Braeden even expressed his sorrow at not having been around during her youth so he could “have protected her then and knocked [her abusers] on their ass!”

But no matter the topic, no matter how heated things might get, Braeden makes sure to remind people that we are all in this together. “[I] am thankful to you for engaging in sometimes heated exchanges,” he recently tweeted. “It’s the times we live in! But we are adults and sometimes disagree. I have good friends [with] all different political opinions. They are still friends. We all love this country, that’s important!”

We also happen to love Victor Newman, so why not visit the gallery below to flash back to key moments from his wild and often crazy life! Then make sure to sign up for the free Soaps.com newsletter so you never miss a single article about your favorite daytime stars and storylines!

The Young and the Restless’ Jason...

Kelly Ripa Jokes Mark Consuelos,50, ‘Gave Up’ As He Looks Fitter Than Ever In Gray Tank Top – Photo