Young & Restless’ Michelle Stafford Reveals That She Spent Her Birthday… Talking to Imaginary People? Yep, and Eating So! Much! Cake! 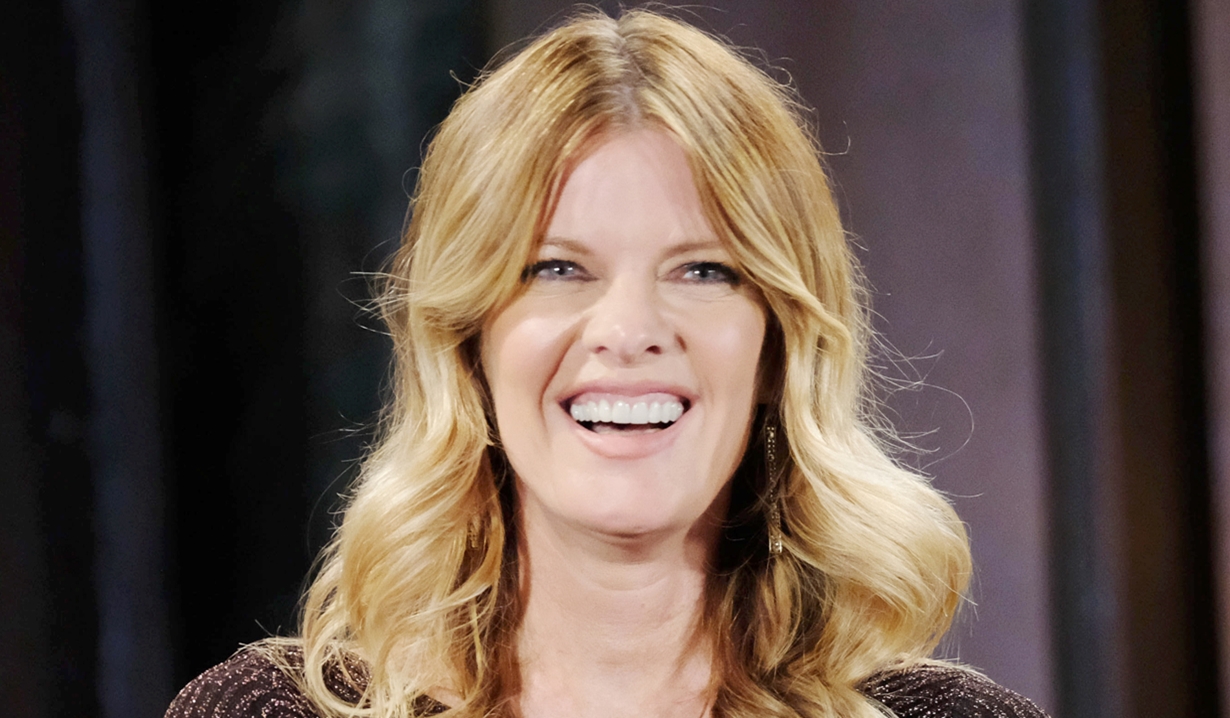 Young and Restless star has been alone with her kids for…too long?

The Young and Restless star who plays Genoa City pot-stirrer and hotelier extraordinaire, Phyllis Summers, celebrated her birthday in real-life yesterday and shared a very relatable post on Instagram to commemorate the occasion. Michelle Stafford, who is pictured in the photo along with her two kids, Jameson and Natalia, seated in front of not one, but two, delicious-looking birthday cakes, poked fun at the pose, as she and Jameson appear to be looking at an imaginary person – Jameson rather suspiciously too. She quipped, “I mean…. that’s what it’s come to… I have been alone with my kids for months… now I am talking to imaginary people. Jameson is in on it too apparently… and Natalia… just laser focus on cake.”

Stafford also explained having two cakes for three people, and assured her followers, “I didn’t have a big party, trust me. I just like cake!” The actress then turned a more serious and she shared thoughts on getting older and expressed thanks for the birthday greetings that had come her way, and stated, “I am HONORED to get older… especially after losing so many friends this year. Age… bring it on. Thank you SO MUCH for all of the birthday wishes!! It means so much to me!!!”

I mean…. that’s what it’s come to… I have been alone with my kids for months… now I am talking to imaginary people. Jameson is in on it too apparently… and Natalia… just laser focus on cake. I didn’t have a big party, trust me. I just like cake! I am HONORED to get older… especially after losing so many friends this year. Age… bring it on. Thank you SO MUCH for all of the birthday wishes!! It means to much to me!!! ❤️

Leave your birthday messages for Michelle Stafford below and see photos from Phyllis and Nick’s Young and Restless history in the gallery. Get your free daily soap-opera fix for Young and Restless — and all of the other daytime dramas — delivered straight to your email inbox by signing up for Soaps.com’s newsletter.

<p>Nick revealed he knew all along that he was not Summer’s father and had been lying about it for years. However, Phyllis overheard Sharon confessing to Cassie’s grave that she originally switched the DNA results to make it look like Jack was the father. Phyllis and Sharon tussled over it leading to Phyllis falling down a flight of stairs into a coma. Phyllis eventually made a stunning return (then played by Gina Tognoni) interrupting Nick and Sharon’s wedding. She couldn’t remember everything that happened though and became engaged to Jack. Sharon eventually confessed the truth about Nick being Summer’s father.</p>

<p>Phyllis wound up with Billy for a time while Nick fell in love with Chelsea. However, Nick and Sharon also tried to make another go of it but their wedding day went up in flames when Sharon revealed she knew Nick had a one night stand with Phyllis. Though everything seemed burned to the ground, Nick and Phyllis (again played by Michelle Stafford) found themselves once again succumbing to their flirty banter which eventually turned into a full blown affair. They’ve recently taken their relationship public, but will it last this time around?</p>

The Young and the Restless' Lauralee...