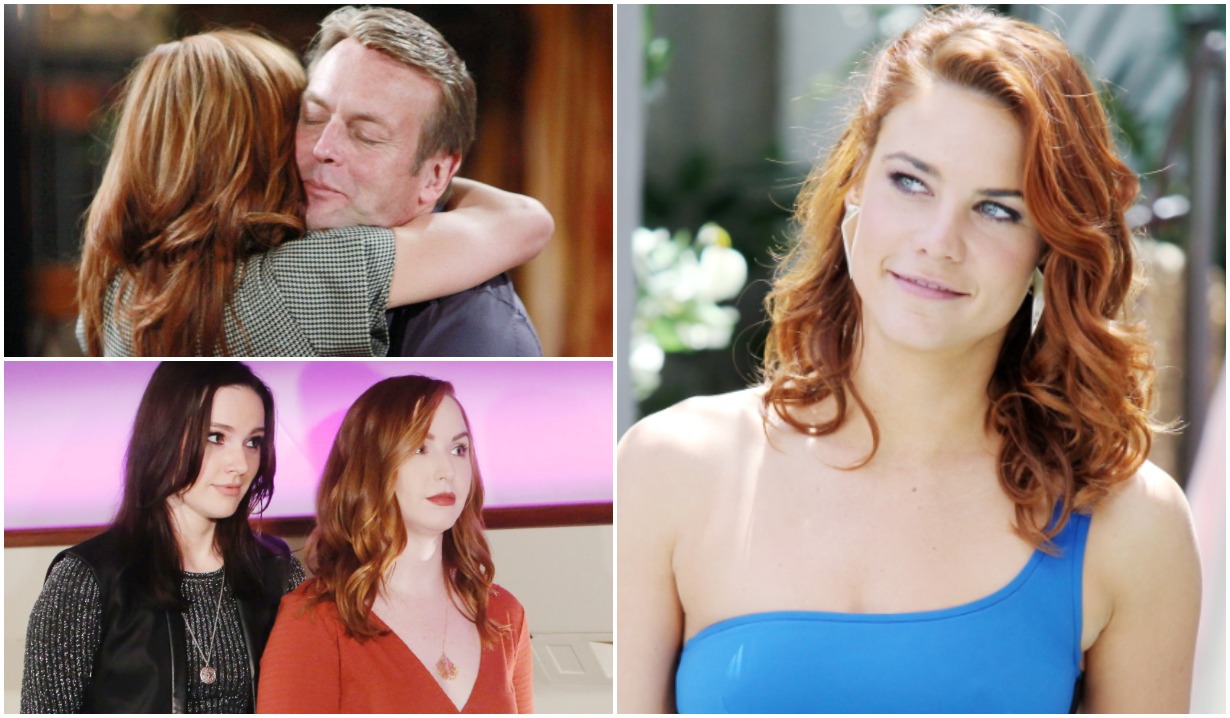 We may have just figured out who she’s playing!

Ever since Courtney Hope announced on Instagram that she had joined the cast of The Young and the Restless, fans — including us, obviously — have been going crazy trying to figure out who it is that she’ll be playing. And by George, we’ve done it!

Or we might have, anyway. After putting on our thinking caps — which just happen to look a lot like the Young and Restless baseball cap that Hope is seen rocking in her post — we’ve come up with three ideas, each one more plausible than the last. Check out the roles we think that Hope could be playing below, then hit the comments with your suggestions.

We’re loath to float the notion of a new spoiler being thrown into Mariah and Tessa’s romance, if only because we know how it’ll enrage Teriah ‘shippers. (Honest, we never set out to make anyone see red; it just happens.) But this spoiler just sorta makes sense. The sweethearts are, after all, young and volatile, and the young and volatile are prone to make mistakes, especially when there’s a new barista at Crimson Lights who’s exactly Tessa’s type: a spunky, flirtatious redhead. Maybe it would help if you didn’t think of the couple breaking up but instead thought of the drama — juicy, frontburner drama! — that would result if Tessa did what Mariah already has, and, however briefly, strayed.

Unless you’ve been living under a rock, you’ve probably heard that viewers — and Eric Braeden (Victor), for that matter — want to see more of Doug Davidson on The Young and the Restless. One way to make that happen would be to reintroduce his daughter, Heather, played last — and notably as a redhead — by Jennifer Landon, the As the World Turns alum who’s now starring on Yellowstone. Besides giving Paul more to do on the soap, the reintroduction of this particular character would also complicate Adam’s life, given that they were an item until she learned that he’d cheated on her with his lawyer, Rafe. Would Heather be drawn back into Adam’s orbit, forgetting that it’s “once bitten, twice shy,” not “once bitten, twice? Why not?”

“That’s it!” we can practically hear you yelling through the computer. And you very well may be right. There’s no reason in the world why Hope couldn’t still be playing her character from The Bold and the Beautiful on The Young and the Restless. Folks cross over between the sister shows all the time. Adrienne Frantz (ex-Amber) did it. Sean Kanan (ex-Deacon) and Eileen Davidson (Ashley) did it. Kimberlin Brown (ex-Sheila) and Tracey E. Bregman (Lauren) did it. And Sally would fit right in in Genoa City. For starters, she could get a job at Crimson Lights, only to get hired away by fellow fashionistas Chloe and Chelsea. And Sally could still pose a threat to Mariah and Tessa. Imagine if, after the debacle with Wyatt in L.A., Sally revealed that not only was she done with men, she was bisexual. She’d try to keep her distance from Tessa, but we all know how distances shrink when on the other end of ’em is someone to whom you’re attracted!

What do you think? Can you imagine any of these scenarios playing out on screen? While you ponder, why not peruse the below photo gallery, which reveals the real reasons why megastars from not only The Bold and the Beautiful and The Young and the Restless but all the shows… left!

The Young and the Restless Storyline...

Posted 13 mins ago
Posted on: TVLine