The Young and the Restless Sneak-Peek Video From the First New Episode: Lily’s Got a ‘Love Letter’ to Deliver! 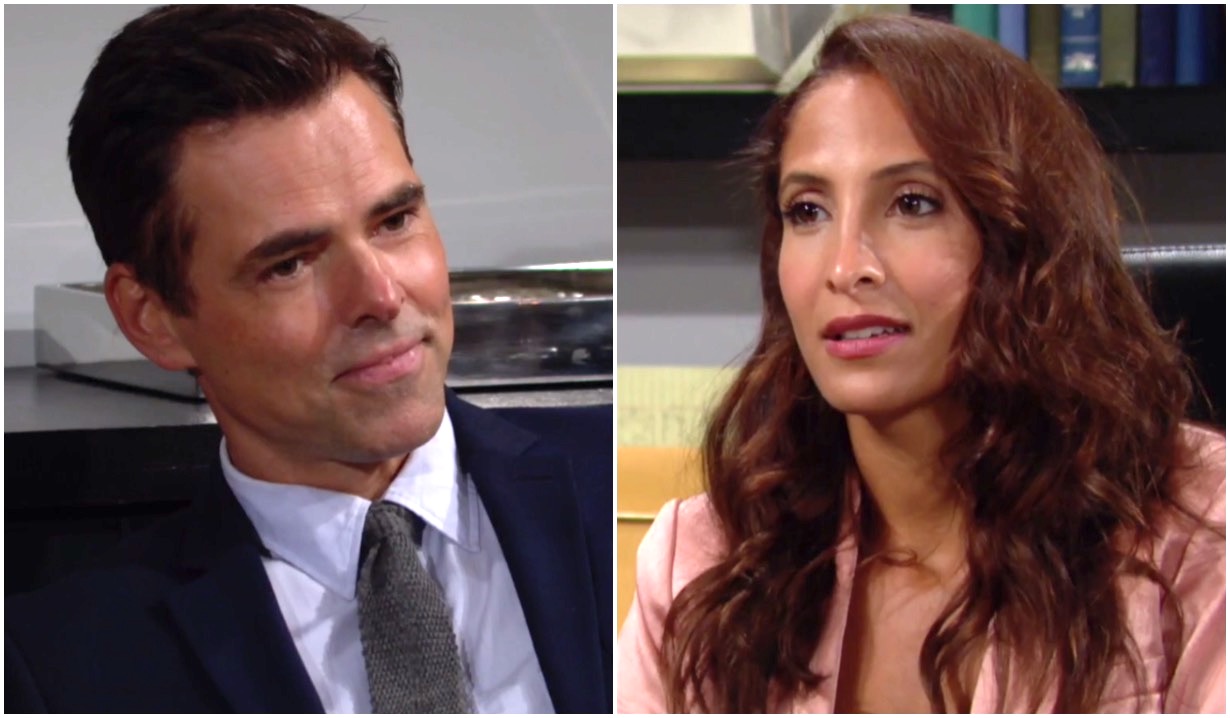 Don’t get your hopes up, Billy.

OK, clearly, these two are going to have to work on their communication skills. In a sneak preview of Monday’s episode of The Young and the Restless — the CBS soap’s first since production shut down this past spring — Billy excitedly announces to business associate Lily that he woke up with a crazy idea. Well, “not crazy, per se,” he corrects himself, “more intriguing.”

But Lily isn’t remotely interested. It’s the day of the rededication at Chancellor Park, and she’s all about covering the event with one of Chancellor Industries’ on-line platforms. In her estimation, there’s an audience for updates on what everyone’s been up to since the last dedication. Plus, they’d make it a human-interest type piece — in a way, “a love letter to Katherine and the town.”

Billy’s on board. “We just need the perfect interviewer,” he says. And it’s clear from the way that he gazes at Lily that he has someone very specific in mind.

When you’re done, you might also enjoy contemplating the potential plot twists that would tie the show in knots and/or reviewing a photo gallery of soap stars’ first roles. Yes, you’ll find some familiar faces in there — playing characters that you probably aren’t familiar with!

Finally! We Know When The Young and...

After a Months-Long Shutdown, Young...